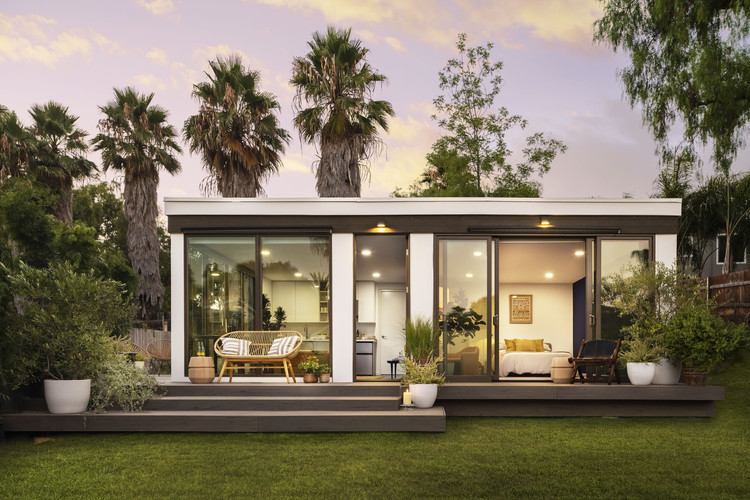 As San Diego County faces a housing shortage, Mayor Kevin Faulkner has noted that ADUs (Accessory Dwelling Units) can be “some of the fastest housing options that we bring for renters, for families, for seniors.” Mighty Buildings recently installed the Mighty Duo B, a 700 sf prefabricated ADU unit. The project is made with a thermoset composite called Light Stone Material (LSM) which hardens when exposed to UV light. The opposite facade of each unit is made of glass that allows maximum natural light into the unit.

As the team notes, the interiors feature cost-effective and user-oriented design details, such as non-VOC paint, modern fixtures, high efficiency spotlights, and energy efficient appliances including a dishwasher, stove, and fridge. In total, the project took two weeks for site work that occurred concurrently to production, and 1 week on-site finish work. The Mighty Duo cost approximately $314/sf and was produced with less labor in more time, and with less waste.

By leveraging a combination of 3D printing and prefab techniques, Mighty Buildings has created a production-as-a-service platform that will automate the building process. A total of fifteen ADU projects are currently under contract, and the company announced a pop-up installation in Los Angeles scheduled for late August. 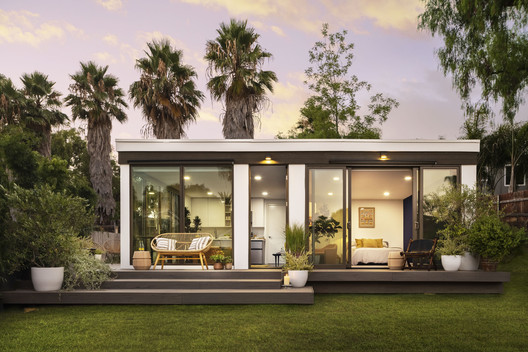