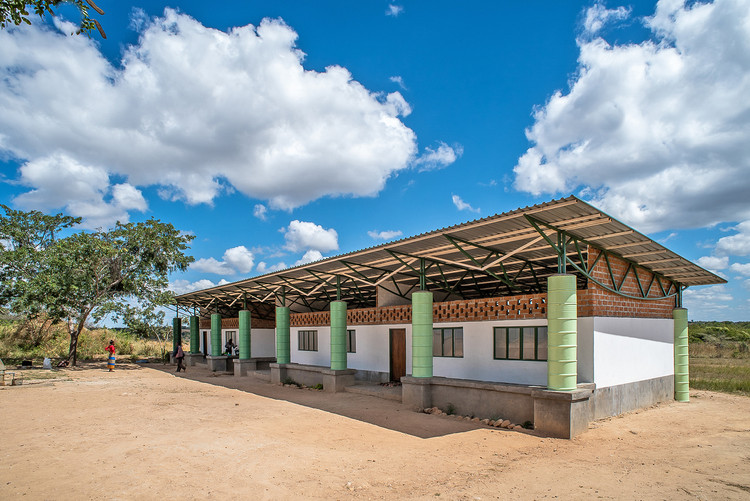 Text description provided by the architects. Ten years after they were originally built by local Government, the modest classroom blocks that made up the Shiyala Primary School near Lusaka, Zambia, stood derelict. Despite a skilled local workforce in both earth-brick production and masonry work; both structures suffered from under-engineering, poor maintenance and lack of financial support. With a minimal budget, BuildX Studio converted the existing structures into a colorful primary school.

Taking cue from the fragile foundations already in place and a very tight budget, the roof structure is removed to relieve any unnecessary weight on the walls. A new super-structure is created around them in the form of rammed-earth-filled steel drums which are retained as a permanent form-work, both to protect from the elements and act as tensile reinforcement. Similarly, sections of the existing brick walls are cut away to receive the new columns. As the drums take on a compressive role, the masonry resists shear forces without the addition of extra cross-bracing.

The new roof offers generous passive shading during Zambia’s hottest months, with an air gap between the walls and roof for increased airflow and natural lighting. Whilst a spectrum of colour across each building creates a sense of identity between rooms, smaller drums of varying heights are sunken into the earth as seats, gathering places, and jumping platforms.

The final school features three classroom blocks framing a central courtyard within the compound and a central library block. To the North of the site, flanking the access road, is a staff housing block and a solar-assisted compost toilet block. The Primary School was commissioned by the Zambia Ministry of Education early 2018. 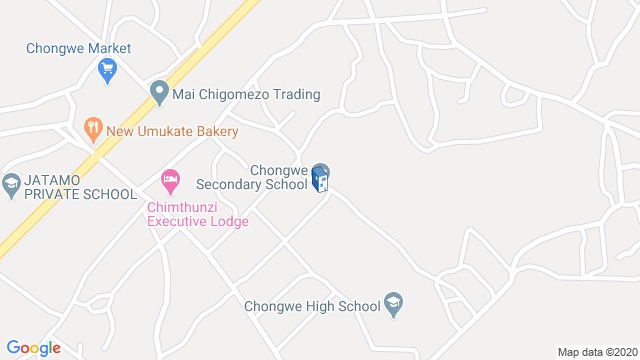 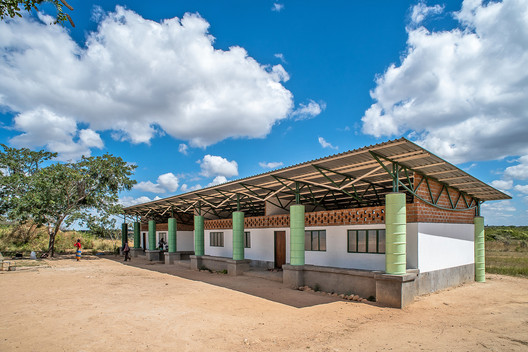