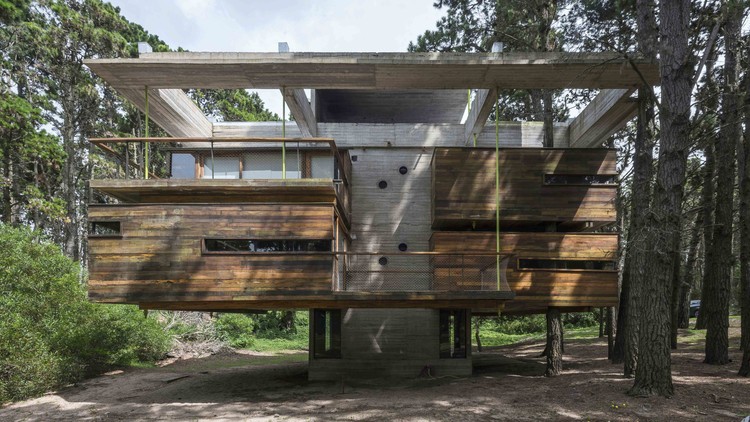 Text description provided by the architects. The story of this experience is born on the site, precisely where the humid pampa meets the Atlantic Ocean and a geography of carved reliefs is formed, hollows in permanent transformation created by the wind. It is the origin of the dunes.

It has been a challenge to settle these dunes, motivated by the desire to inhabit them and to build a relationship with the sea. This is how the first plantations, forests and urbanizations emerged in the area, including this small town called Mar Azul.

We intervene in a small segment of this geography, which requires awakening a maximum of sensations and rationality for a project that expresses a story of Architecture.

This is how we created the first conceptual and morphological prefigurations, accepting the challenge of voids and masses as a matrix where the behaviours of man, the relationship with the environment and the balance between built architecture with the natural environment are represented.

Keywords such as continuity, gravity, verticality and habitability emerged responding to the insertion in the natural environment and the construction of the landscape, understanding the human being, the space and the whole as a container of behaviours, materiality as expression, as language.

Permanently pursuing our concerns based on reuse and the quest to build with minimal resources, and after having discovered an old disused wood deposit, the idea of the materiality of the project arose. We found wood for floors of different varieties and colours that quickly triggered expectations regarding the potential of the material, giving us the textures, the composition, the colour and the technology with which we approached this experience.

The notion of the whole refers first and foremost to its collective spirit, to the construction of a geometrically clear piece that expresses the relationships of the parts in which the different moments of collective living are contained, and the morphological identities that represent them. This is how the access, the semi-covered spaces, the courtyards and the viewpoint emerged.

Thus the concepts of materiality, technology, habitat and territory were defined in this set of volumes that gravitate, allowing the continuity of the forest, the relationship with the thickness of the trees, the pronounced perspectives, assuming the materials and its laws: Traction - Compression - Texture - Colour - Rationality and Sensations.

We understand that Architecture is built as a whole that leaves marks, that is claimed over time, aware of the struggle for collective identities that contribute to improving our human relations, our country, our Latin America. 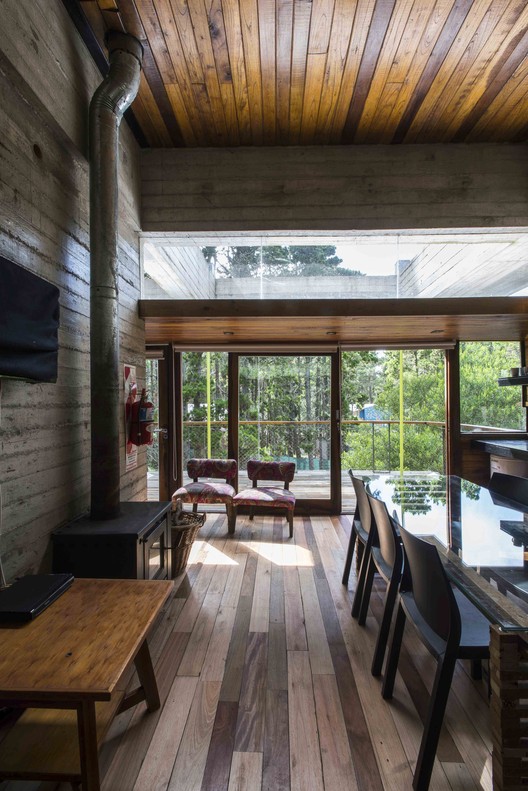 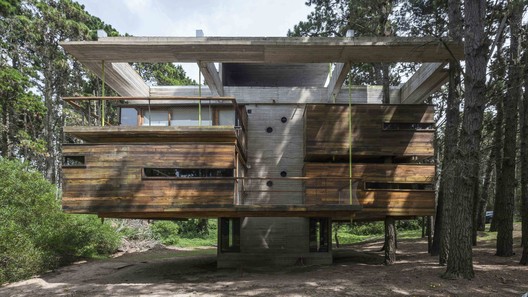