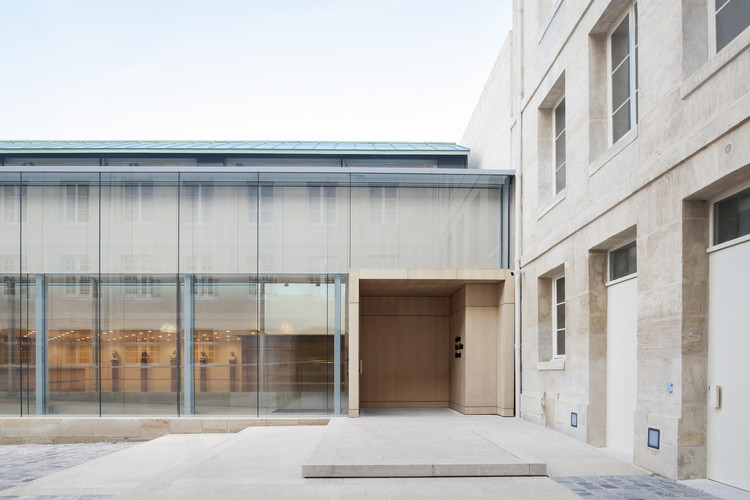 ‘Architecture is the science of subtle correspondences.’- Inherited from the Hindu tradition, this definition could serve as a guiding principle to grasp the exceptional quality of the Palais of the Institut de France and guide its evolution.

The very great skill of the plan that dislocates itself to open the building up symmetrically to the Seine, the precision of the harmonic lines, the beauty of the materials, the treatment of the façades, which vary from grandeur to rigor at the bottom of the plot, resonate with the activities of the academicians in order to seal a living agreement between the Institut de France, the Palais and its place in the city.

The historical depth of the site provides a second means by which to understand the project: seeing the site as a palimpsest. The successive series of destructions/constructions have imprinted on the site lines of force that retain traces of each intervention. This is particularly the case for the An IV plot, where such structuring elements survive as the layout of the wall of Philippe Auguste, the ‘director’s garden’, and the ‘new workshops’.

These intertwined elements, once brought into connection with courtyard 3 and the surrounding buildings, establish the main lines of the project. The plot is cleared of any footprint at the same level as the courtyard so as to regain the full width of the former garden.

The courtyard can then extend as far as the wall of Philippe Auguste, restoring meaning to the site’s true backbone in order to propose a void, an amplification of the ground on the scale of the prestigious facilities it houses. The preserved hall thus becomes a filter, which, without limiting the new visual scope of the courtyard, restores its secular limit.

The work of sorting and superimposing the significant layers can continue with the offices and meeting rooms backing on to the gable of the Hôtel de la Monnaie and suspended above the foyer. The auditorium is located at the bottom of the plot, starting from the alignment of the Longitudes building, which extends by exactly one stone section in the foyer.

The three entities – hall, offices, and auditorium – remain distinct from one another, at once separated and linked by the shards of light that delineate their outlines. The soft and pleasant lighting further accentuates the lightness of the volumes above the ground, here in the form of a solid base.

As for the auditorium, it will have to establish a set of correspondences with the Coupole and the Salle des Séances to retain its position as the third strong and symbolic site of the Palais. Both a performance space and a workplace, it borrows stone from the Coupole and wood from the Salle des Séances. The stone in the base also evokes the excavation of the plot, while the wood, which forms a honeycomb structure on the walls, extends horizontally in the form of a coffered ceiling crossed by natural light.

The infill with panels adapted to the acoustics of the space offers a contemporary and high-performance version of this type of ceiling found elsewhere in the Institut. These broad outlines of the design show that the founding principle of the project is ultimately to interfere in the complex web of interrelationships that link the elements that make up the Palais, to assess their historical value and to reveal the most structuring of them in order to make the new layout resonate with the tradition of the Institut and its future. 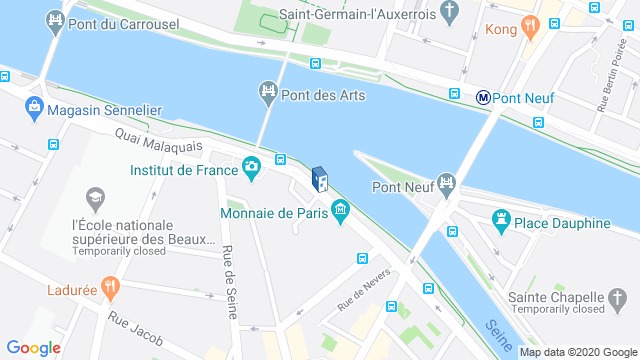 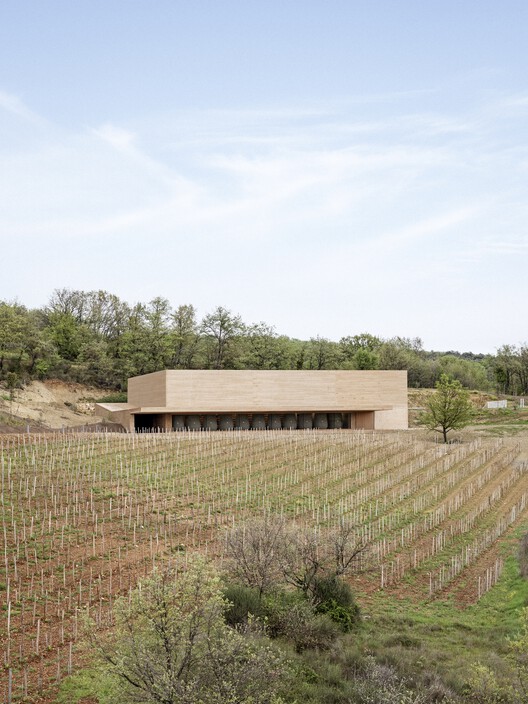 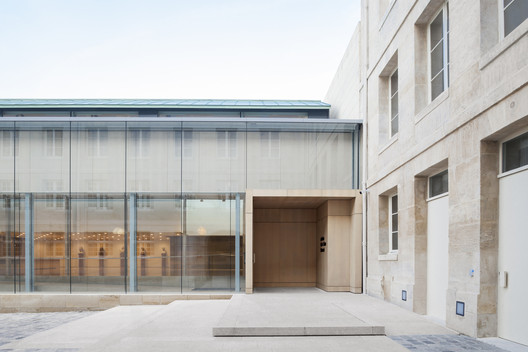