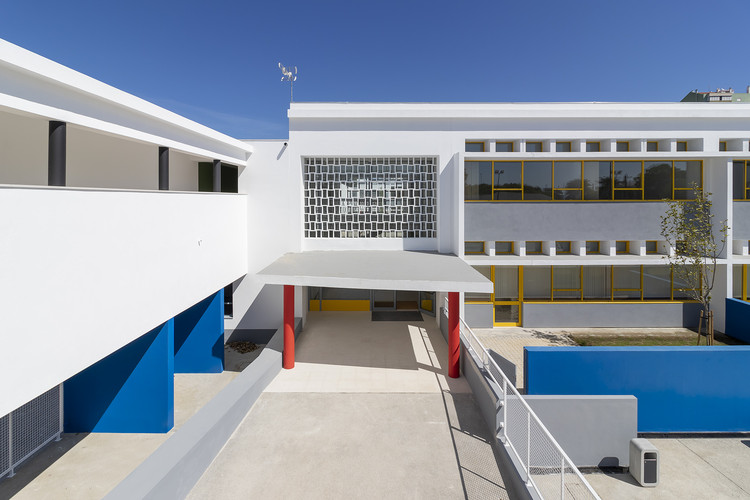 Text description provided by the architects. The project is organised around a new “program”, following the idea of a Cloister, which emphases central space, unifying the school. With its in mind the idea is to redesign the buildings such that it works together, while simultaneously creating a strong connection between the spaces inside and outside. Additionally, in the exterior spaces creating a series of new architectural elements that that can be multipurpose serving as courtyard (open and closed), covered spaces, galleries that can be open or closed, terraces and other shades spaces.

In this way, it is intended to create a grand cloister, with about 42c46m. around the cloister which is located between the 2 classroom blocks, which have a direct connection to the space, there will be 3 new structures:
the first of these structures, will be a new body, about 12x8m connected to the south classroom block (block B). this body will work as a covered space with a terrace on the upper floor. The terrace will serve as an extension to the new reading room (library), on the ground floor will serve as one of two covered areas with a playground. The second of the new structures will a new covered space measuring about 7x20m, this will connect the two external spaces, connected to the south classroom block and the lunchroom with the central play space.

To close the cloister on the west side, there is a gallery that connects the two classroom blocks. this gallery, assumes its form as a long and narrow body with two floors, therefore creating a distinctive element in the new design of the school. As such this new element with its two galleries delimits and characterises, in a clearly and precisely this new central space in the school, this “space without ceiling”. The courtyard along with the gallery on the ground floor, which opens to the courtyard exposing its colonnade represents a modern ambulatory, invoking an image of any ancient monastic cloister, with a modern twist. The upper gallery is closed off from courtyard with the exception of a single window where the light can be filtered through a metallic grate. The west side of this addition exposes a large wall to the outside with an array of small openings on the upper half of the wall, these allow for a controlled light to enter the upper gallery while also providing natural ventilation.

On the south side of the building exists another courtyard for sports and leisure activities with both an external sports field and an internal one, with the latter having natural lighting and ventilation. 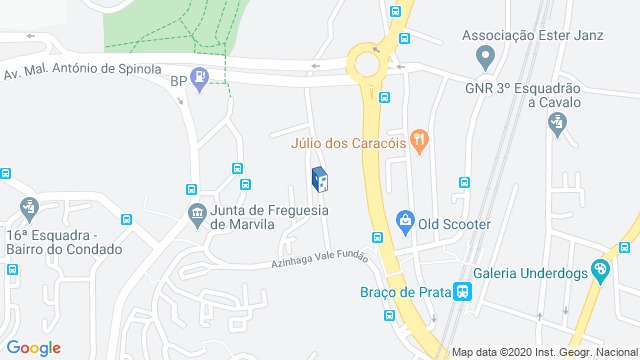 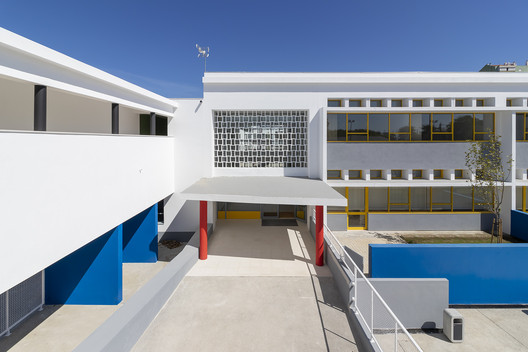