Save
House in Shibukawa / SNARK + Ouvi 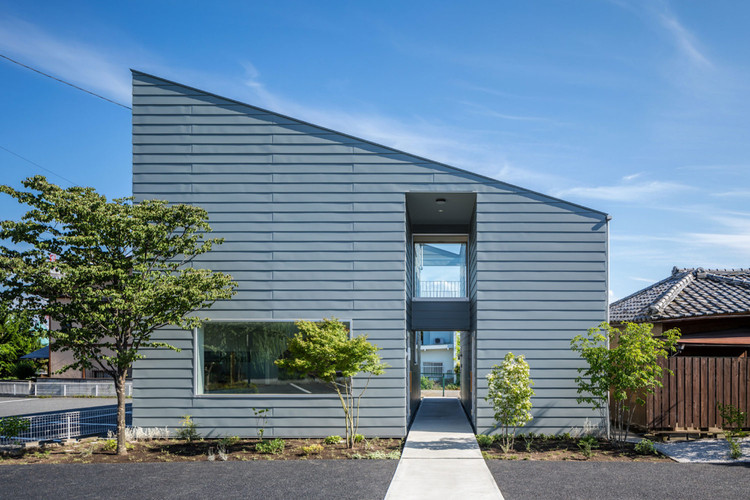 Text description provided by the architects. A vertical void makes relationships - A wooden 2-story house for a family built in the downtown area of Shibukawa City, Gunma Prefecture, Japan, which has also a hair salon that runs by the owner. Parking lots are set to the front road and the opposite side of the house is used as a private garden.

While the hair salon is opening whole other rooms should be silent. This family has 2 children though they might make some noise after school or Sunday afternoon. The vertical void is sandwiched between the hair salon and their activity rooms and the vertical void solves to sound and vibration problem in a wooden structure especially. Of course it is better ventilation and getting sun light, part of circulation.

The hair salon and living room are trapezoidal as floor shape. In this case, if the beams are arranged at equidistant, the beam height will increase according to the lengths. Utilizing this, we envelop the beams, which became larger due to the longer span on the second floor to put the equipment inside it. And partially expose the beams to keep the ceiling height of the hair salon. On the other hand, in order to unify the beam height of the roof, the distance between the beams is adjusted. As a result, roof beams created a sense of depth in the living room interesting in perspective view.

The idea of “expose/envelop” is also related to design the doors, door handles, benches, counters, etc. By exposing or enveloping partially, the structure frame is weakened as physically, and showing it more materially. Thereby we could handle a structural frame as an element of the interior, such as furniture. We are designing architecture by thinking in terms of “structural frame or interior element”, means not what Structural frame becomes interior element as straightforward. 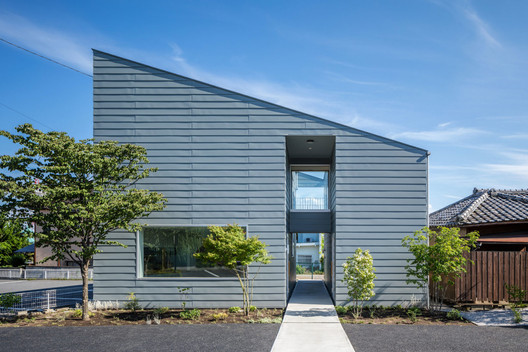