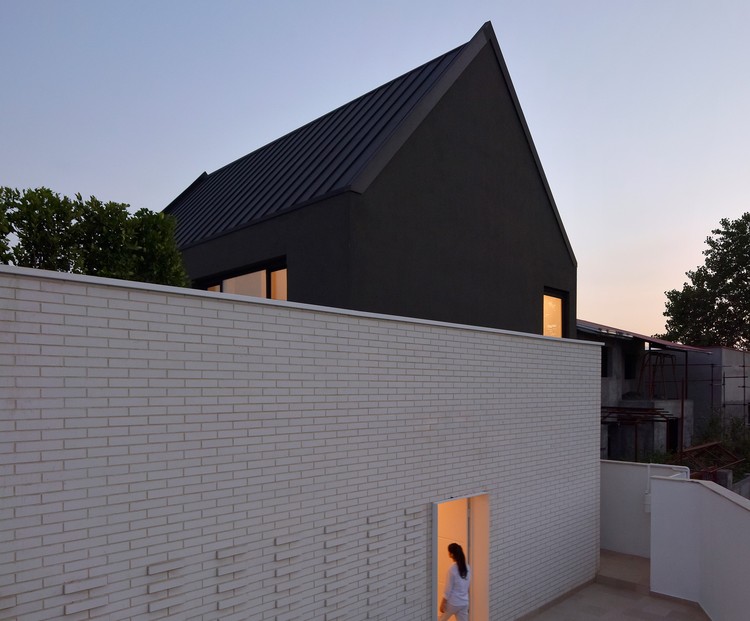 Text description provided by the architects. The site is in the Royan city in north of Iran, located in a quiet residential area, where there was a beautiful forest in the past. the design started with a conversation with the client who was a religious man and privacy was very important to him also he had a limited budget and wanted to build a very simple building. Carry out a modern, practical and timeless design, sophisticated and cozy, representing the natural light and ventilation that also saves the client tight budget were our main challenges of the project.

The land is approximately 17 x 17 square meters with a total area of 300 square meters. The project was suggested as a rectangle drawn in the east-west direction. The elongation of the project reduces the western level, which is constantly exposed to the monsoon rains in the region. By designing two yards on the north and south sides of the project and placing openings on these two fronts, it was possible to use natural light and ventilation from the north and south for our spaces.

The project form is the result of the combination of these two cubes, and in the intersection of these two forms are semi-public spaces of the project. Due to the importance of light in the project as well as the separation between the public and semi-public spaces, a void space is placed. it let us to have natural light in the centre of the project and provides a platform for creating a green interior. In this space a Maple tree which in the local accent is called Afra and is native to local forests have been planted. 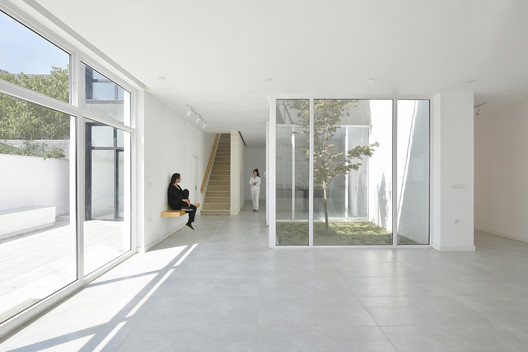