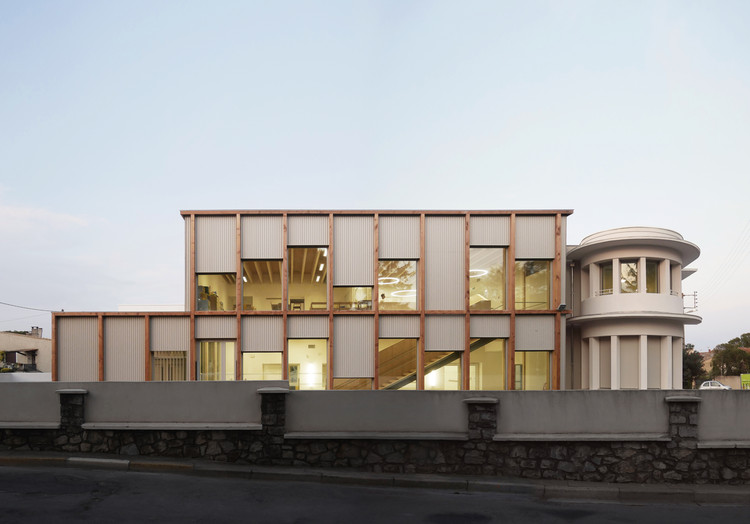 New reading of the place. The project is located in Saint-Gilles, a town of 13,000 inhabitants adjacent to the Camargue National Park, in the Gard department in Occitanie. The intervention site is articulated between the limit of the city center and the beginning of the suburban fabric, in an in-between with a transient identity. Due to the obsolescence of the equipment, the town wished to undertake major rehabilitation works on the occupied site. The building, built in 1953 to be a public bath, became a Kindergarten in 1979, which explains the peculiarity of its architecture and its ornaments. The school now consists of four classrooms, a dormitory, a canteen, teaching spaces, extracurricular areas, a hall serving as an indoor courtyard, and two courtyards.

The School on the roof. As for the extension bias, so as not to clutter up the playgrounds, it was decided to act like a palimpsest by taking possession of existing roofs. Thus, different entities, constructive systems, and constructed temporalities are superimposed. The wooden structure was favored for its speed of implementation, guaranteeing a clean site, and highlighting the use of bio-sourced materials.

A projection towards the City. The extension project sets up a game of porosity between interior and exterior. At dawn, it transparently reveals the structure of his spaces, in opposition to the reflections and opacities of the blinds during the day. These openings are the result of a desire to highlight the rhythm of the primary structure and sizing of the bays making it possible to comply with thermal regulations. The aluminum panels are raised at an irregular rate, breaking the rigorous cadence of the wooden structure. Thus, the openings invite the landscape into the classrooms, punctuating the image of the city that they frame. At the heart of the School is an atrium, a veritable place of articulation and gathering, which enables the rehabilitated spaces on the ground floor to be kept in constant contact with the spaces created upstairs.

A warm learning space. The wooden structure shapes the identity of the school premises, contributes to its acoustics, and materializes its atmosphere. The extension is organized around a central frame grouping the sheaths and storage, freeing up the shelves to guarantee the flexibility and evolution of the building over time. The interior volumes are generous and play with the existing building to offer quality educational places that highlight the heritage of the City of Saint Gilles. The objective is thus to propose a complementary architecture that allows creating a new identity at the School while respecting the traces of the past.

Responsible construction. With an intervention on an occupied site, it was important to have a quick, clean, and secure intervention. The entire wooden structure was produced in workshops and assembled on site. The materials used are limited and correspond to the construction system implemented. This restraint makes it possible to offer places suitable for children while promoting an honest architectural expression. The Saint-Gilles School demonstrates that it is possible and important to take up the major challenge represented by the rehabilitation of public buildings in city centers. The project is therefore intended to carry a clear and responsible identity which makes it possible to restore a worthy value to this place full of history. 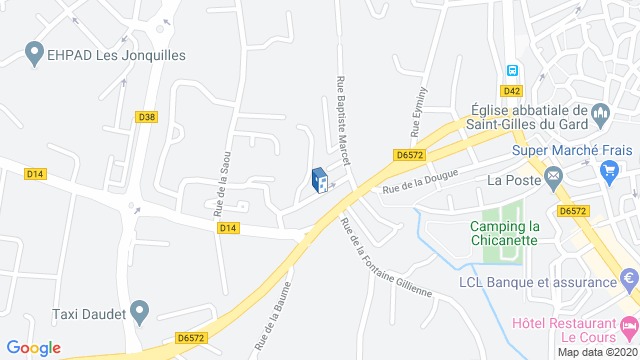 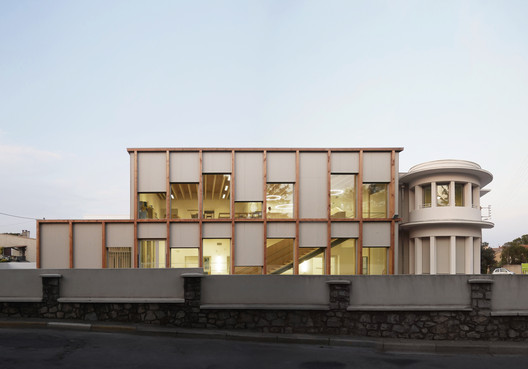