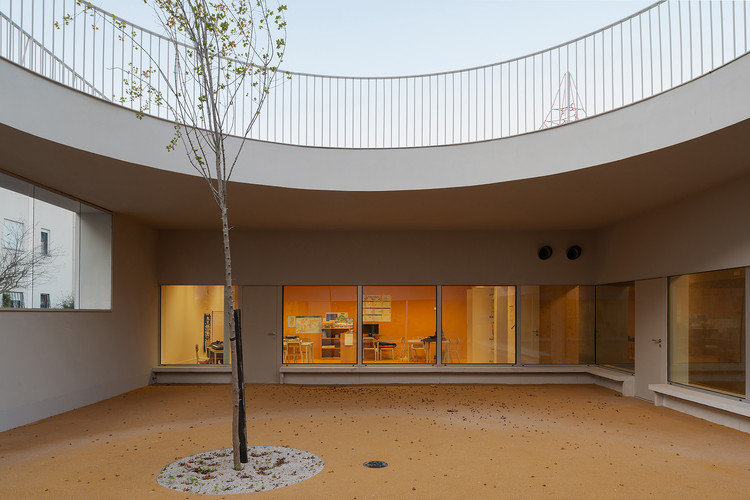 Text description provided by the architects. The school is located on the border between Caselas neighbourhood and Monsanto Natural Park in Lisboa. Caselas was built from the ground up in 1949, as a low-density suburban housing estate, recreating the village environment. The plot configures an interruption of the forest mass, whose presence is still recognizable by the mature and consolidated pine forest that defines its southern perimeter and the big pine tree located at the school entrance. To the north, the plot faces three-story multi-family dwelling buildings. The plot also makes the topographic transition between the pinewood - high level - and the neighbourhood - low level. The original school was built in 1956, according to the Centennial Plan - Extremadura typology. Included four rooms spread over two floors, in two autonomous wings (male and female), complemented by a porch to the north, with the sanitary facilities. Later, two secondary buildings were built.

The project foreseen the rehabilitation and expansion of the existing school, including facilities such as a kindergarten and informal learning spaces. We decided to re-qualify only the original building, regaining its identity, and build most of the new spaces at the lower level of the plot. This allows keeping the school's volume framed in the surroundings, without disregarding the existing building, and, at the same time, creates an accessible roof in the extension of the porch, restoring the yard of the original typology. The new building acts as a link between the surroundings and the historic building, where patios and openings to the exterior create visual crossings and volumetric connections that reinforce the relationship with the neighbourhood and the pinewood. The construction on the upper floor is very precise, with two buildings that surround the existing central building, connected only by their roof, which allows continuous circulation in a covered area throughout the school. To the west of the main entrance there are the library and administrative services and to the east the multipurpose room and support spaces. From these spaces you access the lower floor where new activity rooms extend to outdoor courtyards, allowing a strong relationship with the outside from all spaces, even the circulations.

Activities rooms and canteen have direct access to the outdoor playground at the lower level. Also on the lower floor, with an autonomous access, are displayed all the service areas supporting the canteen. The existing building centralizes the primary school teaching rooms, which now enjoy, as well as the multipurpose room, a larger playground on the upper floor, which combines activity areas and green spaces, as well as the kindergarten playground, on the lower floor.

The distribution trough the two floors and the existence of the patios on the lower floor creates the illusion of an extension confined to one floor, which follows the topography of the surroundings and allows the creation of generous and autonomous outdoor spaces with different characteristics. 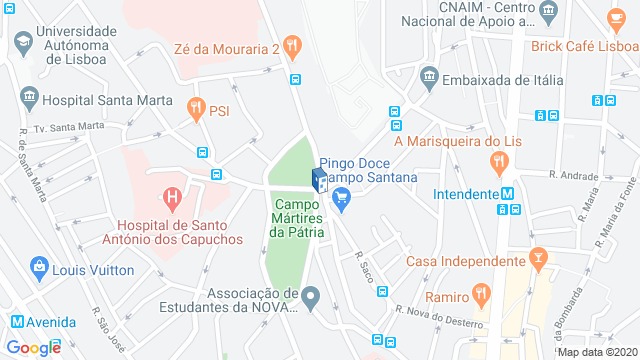 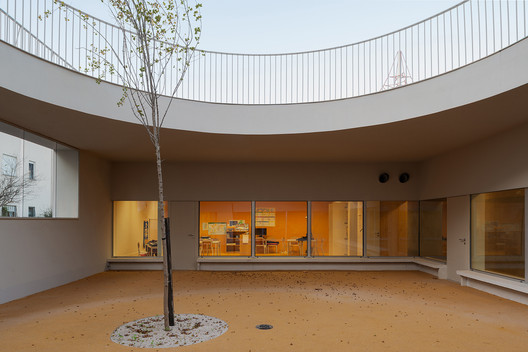 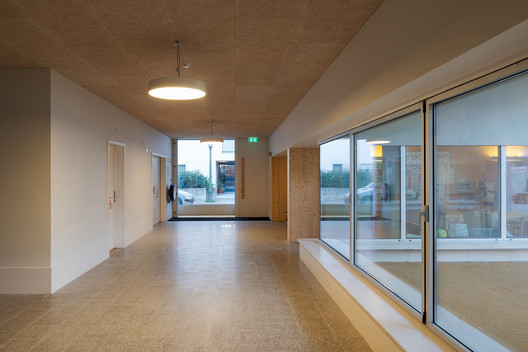