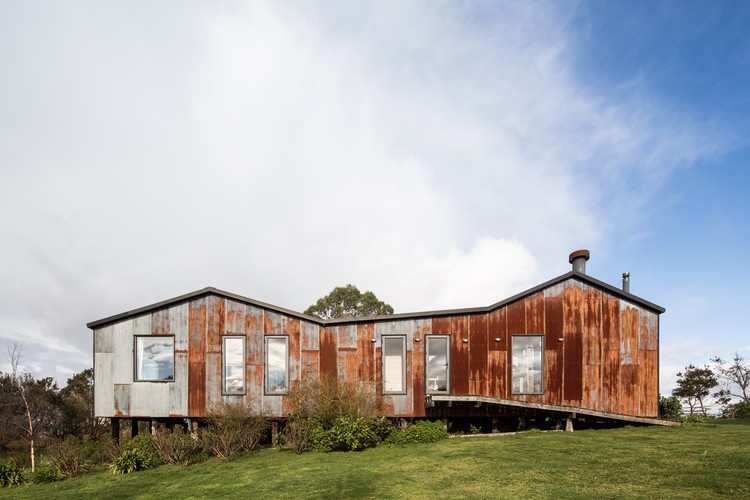 Text description provided by the architects. This house is situated on a hill located on a kind of island that visually delimits the sea on all its fronts. In accordance with the requirements of the client, the location, and the environment, it was decided to use materials and technology from the zone. The typology of the barn was chosen as an architectural reference.

The programmatic challenge was to get a 400-square meters single-family home to function as much as when it was occupied by the entire family, as when the homeowners were alone. The owner was particularly concerned with the acoustic insulation of the rooms, so interior patios were proposed to separate the rooms from each other and from common places. This configuration allowed the reestablishment of an existing orchard on the site. The windows and openings were determined by the environment and the program. The skylight of the dining room, for example, reflects the constant change of the Chilote sky, giving a very pleasant and stable light because of the south orientation.

As is characteristic of the area, the house was built on pillars into the ground, that because of the humidity of the ground and to adjust for variations in the topography of the terrain. The materials of the facades respond to their orientation; In the case of the faces most exposed to rain and wind, a micro corrugated zinc sheet is attached, which is oxidized to achieve a special patina. In the least exposed faces, a pine shed with treatment was used. All the interior finishes are also pine (both the furniture and the cladding), which gives the house an "honest" appearance, as stipulated in the order. 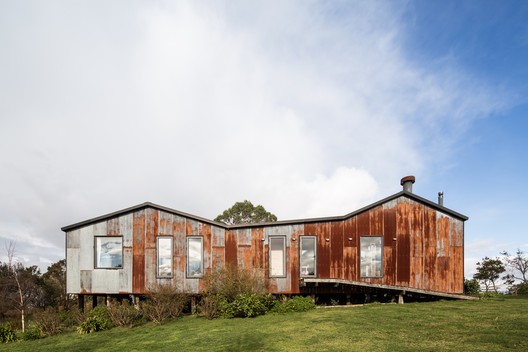