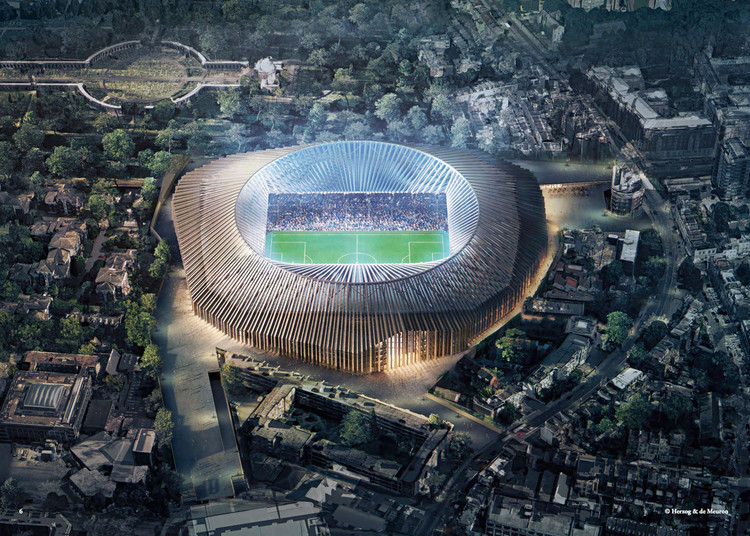 The stadium, planned to be built in place of the football club's existing stadium at Stamford Bridge, would have contained around 60,000sqm of facilities housed within its ribbed shell. Inspired by Gothic architecture and nearby Victorian-era brick terraces, the project would have featured 264 slender brick piers, wrapping the entire structure.

The original stadium, designed by Archibald Leitch, opened in 1877 has been renovated and rehabilitated many times. 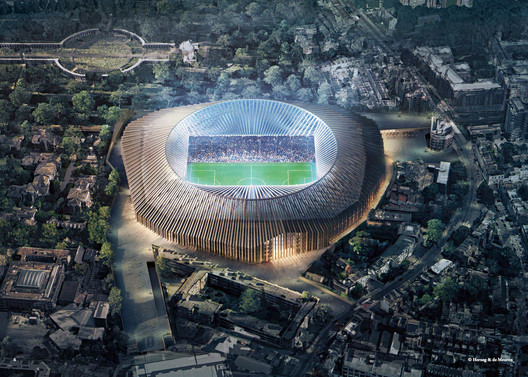