Save
Modern Egypt: New Architecture in an Ancient World
Share
Or
Copy

Contemporary Egyptian architecture draws from a rich history. As a cradle of civilization, the transcontinental country has influenced diverse building styles and design cultures. Home to some of the earliest urban developments and centralized governments, Egypt is defined by its geography and its multicultural background. Today, its modern architecture must contend with a legacy of building that spans millennia. 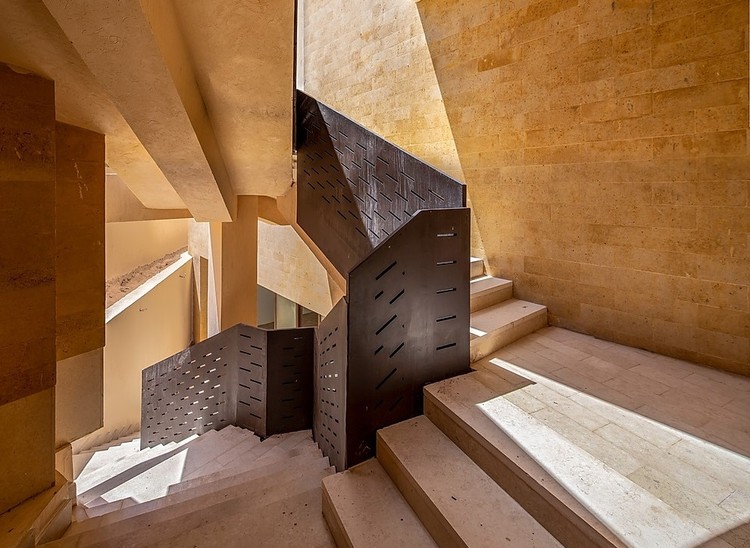 Shaping architecture and construction around the world, Egypt's roots are tied to the Mediterranean, Africa and the Middle East. Most of the country's population is concentrated along the Nile Valley and Delta, historically avoiding the intense desert conditions of the Sahara and the Libyan Desert. While much of the world knows Egypt for its temples and tombs, the Great Sphinx, or the iconic Giza pyramid complex, the country has built many modern projects over the last decade. With the landmark Great Egyptian Museum set to open next year, the following roundup looks at contemporary projects built across Egypt. A mix of public and private projects, they reflect how architects are designing to reinterpret the country's history and traditions.

The Basuna Mosque is located in the hot & arid village of Basuna, Sohag, Egypt. It is sited amidst a noisy and densely constructed area with nearby residential buildings, a cemetery, and a weekly makeshift small market right outside the main entrance of this place of worship. The new building was made to offer peace and tranquility for its users.

The Bibliotheca Alexandrina is built on a site alongside Alexandria's ancient harbor in the historic center of the city. The 11-story library can contain up to 4 million volumes of books, and can be expanded up to 8 million by the use of compact storage. In addition to the library facilities, the library also contains other cultural and educational functions including a planetarium, several museums, a school for information science, and conservation facilities.

Located 50 km south of the Egyptian Red Sea shore town of Marsa Alam, Wadi El Gemal National Park (WGNP) was officially declared the 24th protectorate in Egypt due to its striking landscape and important cultural resources. The Visitors’ Center is located at the WGNP’s northern entrance, situated as a focal point along the Suez/Bir Shalatein seashore highway.

Architect and interior designer Hisham Alaa won the commission for this project in July 2017. The building was only a concrete skeleton already built and purchased by the owner, and the client had the desire to live in a luxurious modern palace overlooking views of Kattameya Dunes Golf course.

Located on the plateau of the Giza Necropolis, the project is nestled in the village of Nazlet El Samman. This ancient site was founded in the 7th century by desert tribes fascinated by the Pyramids; the village is a preserved site. The Cheops Observatory is an artist’s residence, a gateway at the entrance of the desert, an inhabited belvedere within walking distance of the largest pyramids of the Giza plateau.

Dawar Kitchen is a social enterprise located in Ezbet Khairallah, one of Cairo’s largest informal settlements. Through catering and other forms of food production, they provide employment and vocational training for migrant, refugee and Egyptian women. The building also aims at changing the deteriorated architectural fabric by showcasing the possibilities of using existing resources to create aesthetic and functional value. 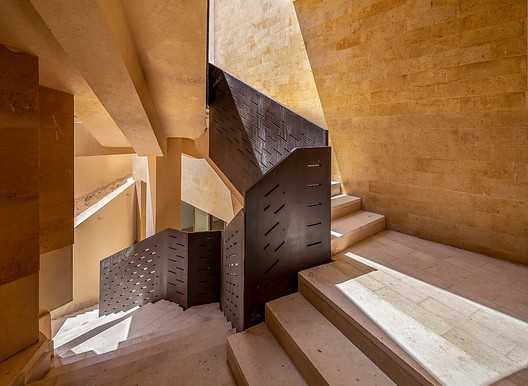