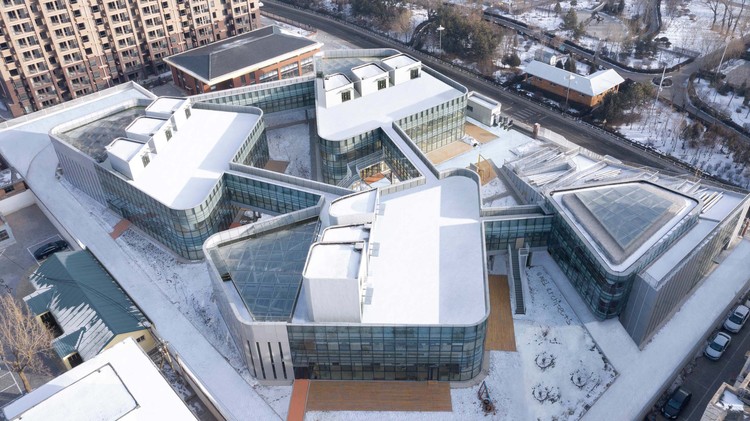 Text description provided by the architects. Humans live inside buildings. Architecture does not only shelter human bodies, architecture is affecting human’s mental status and way of thinking in a subtle way consistently. This theory specifically applies to children, the born artists. Children can keenly feel the environmental changes and also can be easily affected by the environment.

Kindergarten is the most important building in children's early life besides their homes. In the kindergarten, children start to form their own understanding of the world through social behaviors. Therefore, the kindergarten design shall take a great responsibility since the architecture participate the formation and shaping of their personalities.

The spatial structure was reconfigured firstly. The traditional kindergarten space structure is usually divided into individual classroom spaces and the unified activity space of the whole school in a very straight forward way. This binary spatial division and layout reflect the single hierarchical relationship between teachers and children, and usage scenarios during the traditional teaching process for the nationwide dominating cramming education. WEI architects broke the conventional unified spatial hierarchy by deconstructing this 15-class kindergarten into “tribes”, which are named as “Courtyard Communities”. They are connected and coordinated as one organic group.

This design is not just breaking down a single big structure into the integration of a series of assemblies. What is more important is to create multiple levels of spaces and interpenetration of versatile environments. This interwoven spatial configuration is based on the idea of encouraging multi-directional communications and providing flexible environments to stimulate spontaneous activities.

Ordos is located in Inner Mongolia, where Mongolians and Han people live together. Naheya Kindergarten is a kindergarten aiming to help local children inherit the local culture. The climate in Ordos is sunny all year long accompanied by strong wind. The temperature variance between day and night is magnificent, and the four seasons is very clearly divided throughout the year. This intense and crystal characteristic of climate has been playing a very important role in shaping the local culture. The Mongolians were originally nomads based on the vast prairie. Inner Mongolian people have vigorous and bold personalities and cherish the strong attachments belongingness to the nature.This close relationship between culture and environment has greatly inspired this architectural design.

WEI architects believe architecture is a part of the environment, the natural connection between humanity and the nature. Between the Black and the White is the richest Grey. In the design for Naheya Kindergarten, WEI introduced a new space “semi-indoor public space”. Within each Courtyard Community, indoor and outdoor spaces for each class are arranged around the semi-indoor public space for public activities. The centered open space featured with huge skylights and ventilated curtain walls, constructs an environment between outdoor and completely sealed indoor, where children can look up at the white clouds flying thru the blue sky, tell the rotation of sunlight angle, and experience the wind and temperature changes.

Like the traditional tribes formed by group of the Mongolian Gers, the kindergarten as one organic group consists of three class units and a public space unit, which are connected to each other through corridors at different heights. The public building unit is composed of open spaces and a hillside, which is located next to the entrance of the kindergarten, adjacent to the city park, and becomes an extension of the park. There are runways and grandstands on the hillside for different events and activities. The hillside also becomes the connection to the circular corridors on all levels.

Children understand the world by establishing connections between different things. They discover the similarities and differences between various objects along with experiences to determine the relationship among them. This is not only the most natural way of children’s mentality, but also an important basis for architects to plan children's early learning activities in architectural design. The richer the experience given to children, the more sensitive the children's observation will be. The more conversations that occur in life, the more abundant the children's language expression will be.

With the relatively independent but closely connected organic groups of buildings, Naheya kindergarten provides children with a rich exploratory space environment. This architectural design not only challenged traditional education methods, but also challenged building codes based on traditional education methods. Eventually the new concept was accepted at the end of year 2011. Unfortunately, the local economy suddenly collapsed. The project was on hold for the following years. After years of economic recession, the project managed to be resumed in 2018. Ordos Dongsheng No. One Kindergarten was then renamed as Naheya Kindergarten. Naheya means “New Leaves” in Mongolian. Despite certain compromises, the configuration of the design remains untouched. 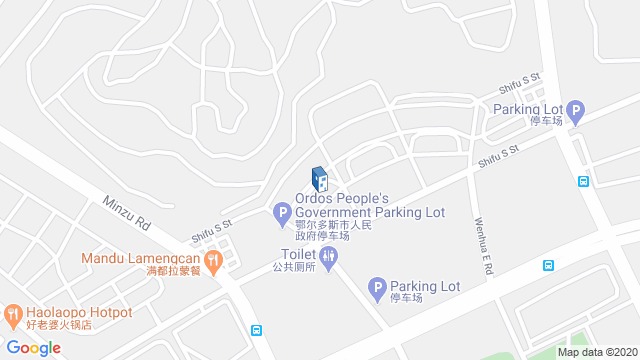 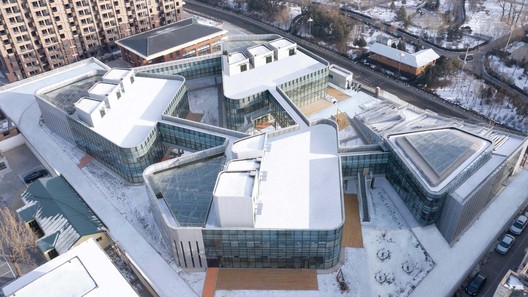