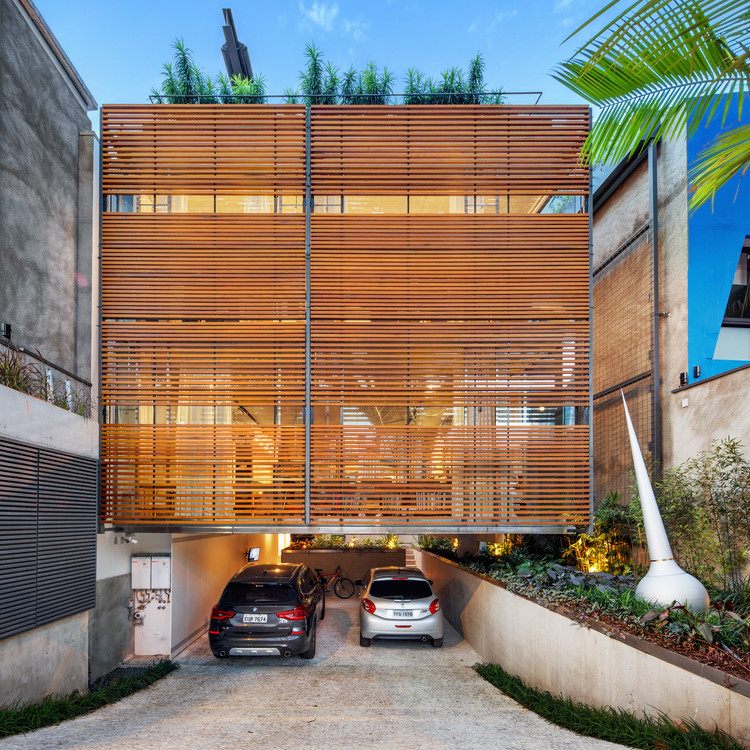 Text description provided by the architects. Two contrasts as starting arguments for designing.

[1] Surrounded by high-rise buildings, the Jardim Europa in Sao Paulo, is perceived as a green island. This scenario came out from ‘garden city’ principles that guided the urban design of this area in 1940-50, and it has been kept due to its strict construction regulations. Its skyline was defined by 50-70 years old trees which emerge above low rise constructions.

[2] A 15m high tipuanatree is a landmark on 440 Belgica street where this house will be placed. This small lot, 230m2, contrasts with those typically large properties on the neighborhood. Its perimeter is defined by an irregular four sides polygon: no parallel or perpendicular lines in between.

At that neighborhood, houses have been made as boxes, in such a way that trees and constructions are clearly separated. Green is restricted to outside. Once inside a house, one knows, its core is fully built, it tends to be dark. A concept that guided this proposal is the opposite. The goal is somehow to merge inside and outside, or construction and green. The strategy was to unfold a box into a more fluid slab as flowing through trees.

It is quite simple as an assumption but challenging to be achieved. This is due to all restriction of the lot size combined to construction regulations, which define basically:

[1] 50% as maximum occupancy; [2] 1.0, or 230 m2, as maximum FAR; [3] 5.0m as front setback; 1.5m as side setback in just one side (not set back required in the other side), 5.0 radius arc with its center placed on the edge of the obtuse angle on the back must be respected as a setback. Naturally, the program for this house required fulfill the maximum construction rate, that means two floors perfectly overlapped.

Thus, this was our chosen challenge: how to unfold a box where there seemed to have no space to spread anything?

This small house results quite clear and simple. Its geometry was radiate from that irregular polygon. It is itself just a fragment to test, as a laboratory essay, a concept and a strategy. It is one single frame for an image of walking through treetops. 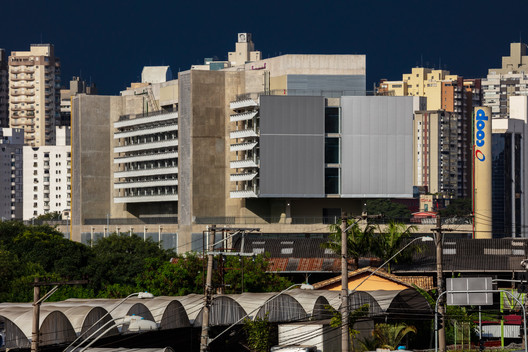