Save
New Generations: A Selection of Young Emerging Practices
Share
Or
Copy

With a name inspired by a genre of fiction novels, fabulism is a landscape and architecture practice based in Berlin founded by Giulia Pozzi and Mirko Andolina in 2016. We get into how their practice began out of a thirst for experimentation to their current challenges of bringing in ecology into the way they practice.

HPO Collective took shape in 2017 around the Architecture Faculty of Ferrara. The collective was born out of a state of boredom, later growing into an extracurricular parallel activity organised around weekly meetings at 21h00. With a studio space that can be found only on Whatsapp, HPO are redefining what it means to be an architectural collective.

Studio Jakob Sellaoui is an architectural practice based in Vienna and was established in 2016. Starting with a hotel commission in Nicaragua, the practice has grown internationally, carrying out projects in Austria, Japan and the United States. Currently, the studio, even through its space, aims to find a balance between work and daily life.

GG-loop is an architectural practice established in 2014 in Amsterdam by Giacomo Garziano. The office works within an international network, deriving its strength from an interdisciplinary approach. They work on different scales, ranging from urban planning to industrial design. GG-loop is also involved in art projects, such as installations, digital sculpture and immersive performances, embracing various creative fields.

Orizzontale is an architects’ collective based in Rome, established in 2010 by Jacopo Ammendola, Juan Lopez Cano, Giuseppe Grant, Margherita Manfra, Nasrin Mohiti Asli, Roberto Pantaleoni and Stefano Ragazzo after a period of incubation of ideas. Today their work is a collaborative practice across the fields of architecture, urbanism, public art, and DIY practice.

F.A.T. is a horizontal teaching-learning program, based in Zürich and founded by Fabio Don and Marco Zelli, based on an open debate about fundamental topics concerning architecture. With a nomadic attitude to workspaces, their meetings revolve around a “jour-fixe” that helps them maintain an overview of their various activities.

CIRCOLO-A was founded in 2015 in Genoa by Simone Ierardi, Gabriele Molinelli, and Valentina Penna after years of working together in Italy. They are growing their professional network while surviving in the middle of the reality of the profession, juggling multiple meetings with clients, the municipality, constructors while simultaneously dealing with budgets and deadlines.

If you would like to get featured in the studio profile section, visit newgenerationsweb.com and fill the ‘Join the platform’ form. 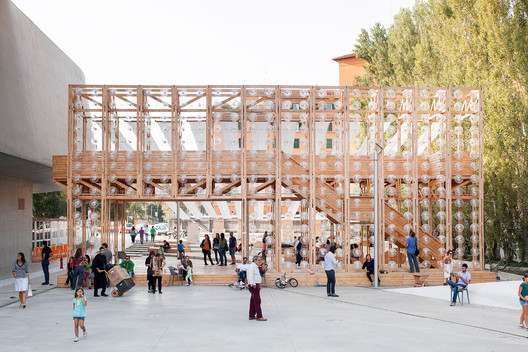