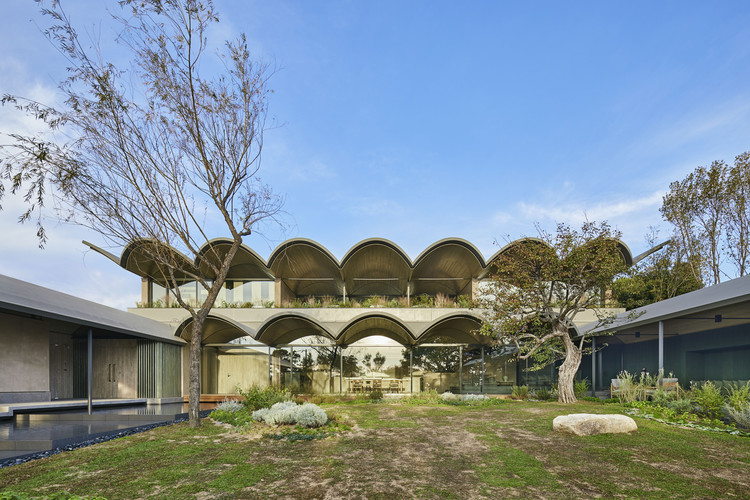 Text description provided by the architects. The roof plays a significant role for a “tolerance of space” that affirms and accepts others. The expanse of the roof is benevolent, silently inviting people in and watching over them. At the same time, it is physically removed and a bit reticent. We have given much thought to the roof and its ambivalent disposition where it maintains an ample space from a human body yet generously embraces us.

The site is in a residential area surrounded by abundant greenery along the mountain skirt, and slopes southward and has a beautiful view of the sea. The client often invites many guests and wished to make living-dining-kitchen and study spaces as one large room, while each faces a south-facing garden. We decided to place the main wing on the elevated ground on the north side to create a large area for the garden, and envelop it with east and west wings, resulting in a U-shaped layout. The west wing comprises the approach and detached Japanese room while the east wing is the outdoor living-dining area that supports activities in the courtyard.

To prevent the spaces from feeling too vast and detached, we were intrigued by a barrel vault roof, under which people could feel as if they are being watched over by just residing in the space. Vaults are generally used to create a higher rise and wider span. For this project, however, we intended to harness the unique sound and lighting environment the vault creates, and to loosely segment the space by floating it above. The span was set to be 3.64m, the minimum unit that could be sensed as a room even after placing furniture for the rooms including the dining, living, and kitchen. We set the rise of the catenary curve at 0.91m for a proper coziness, while the ceiling was kept as low as the client allowed.

The sound of family gathering reverberated and light reflected by the small vaulted wooden ceiling gently surround the space. This is similar to the intimacy felt in a cave. Under a half-cave space floating above, movements and voices of dwellers naturally become smaller. The space becomes an extension of your body, and you feel as if you are always in the center of the space. Amidst today’ s uncertain society, we believe this relates to the “tolerance of space” that ties people and provides a sense of feeling welcomed. An expansive large space and contrasting intimate space coexist in this house. 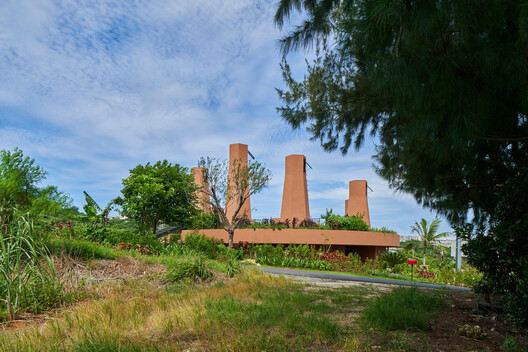 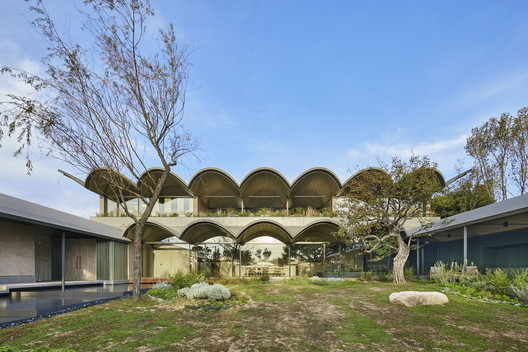