Save
House of Cracks / Chaoffice 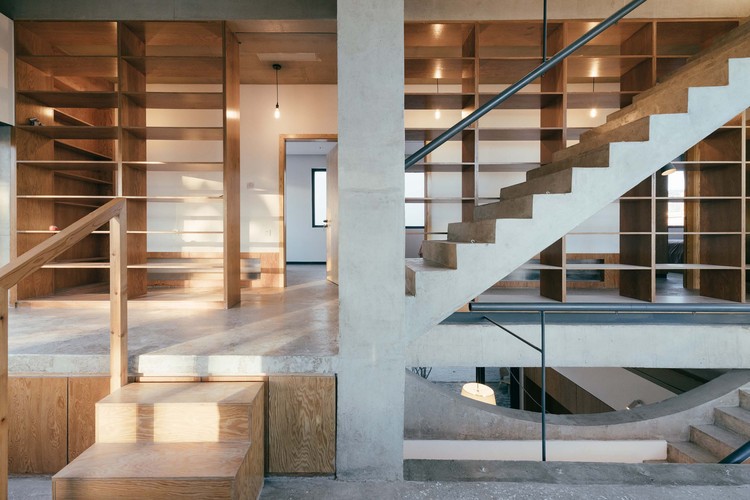 Text description provided by the architects. After the passing of the clients’ father, she, along with her husband decided to move into her mother’s home along with their 5 year old son. Because of the increase in family members, the old house needed to be rebuilt to accommodate 5 people, namely the wife and husband, the grandmother, the son, and their dog, Chuanchuan.

The project is located in Pinggu District, Beijing, a typical example of an area nearby large city but with a comparatively slow rate of development.

We kept a gap between our building and the neighbor’s. A true open air “yard” appeared. An independent building with four facades facing out toward the air takes the place of the so called “town house” which directly touched one another. This was our first “crack” within the design; via the open yard, sunlight would arrive the north wall in winter.

According to local planning laws, new buildings should not be more than 2 floors. In addition, our new building needed to be at a height of 10 meters in reference to that of the neighbor’s. As a project goal, we need to design a building with 2 floors, 10 meters high.

It may cause problem if we just divided 10 meters equally in to two floors. As a result, we designed different heights in different areas, high ceiling chambers full of sunlight with clear, far views. Along with low ceilings, quiet and in shadow with plenty of privacy.

In first floor rooms which incorporate high ceilings, we kept a distance between walls and ceiling, the 800mm high “cracks” providing possibilities to link various rooms, and make all spaces form a single entity. And in second floor, the 800mm height became a huge desk surrounding the book room.

I focus on “continuity” a lot and try to incorporate it into each of our projects. “House of Cracks” is no exception. As technology develops and people’s customs change, the daily lives of Chinese families have also changed dramatically. The traditional family system has collapsed, and the close relationships between family members have quickly faded away. House of cracks connect different public area also connect indoor and outdoor.

The entrance space, kitchen, living room, book room, etc., they contrast the independent nature of the bedrooms. An invisible force and regulation is formed. Besides sleeping, people are encouraged to meet one another and enjoy life as a family.

All "cracks" which are formed by tectonic logic, provide light, shadow, wind, fresh air, and the freedom of people's action and view. 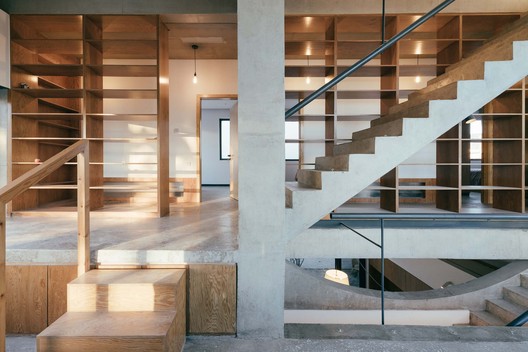