The use of artificial intelligence (AI) is based on the idea of ​​optimizing, streamlining and expanding the reach of the most diverse operations. Their systems are programmed to identify patterns and carry out predictions, decisions, and ultimately perform and actions with speed and accuracy. The efficiency of the models depends on the quantity and quality of the data, which can be obtained by applications, cameras, and sensors. In the urban context, technology based on the use of artificial intelligence has been seen as a way to improve the management of cities, especially those that are denser and have larger footprints. 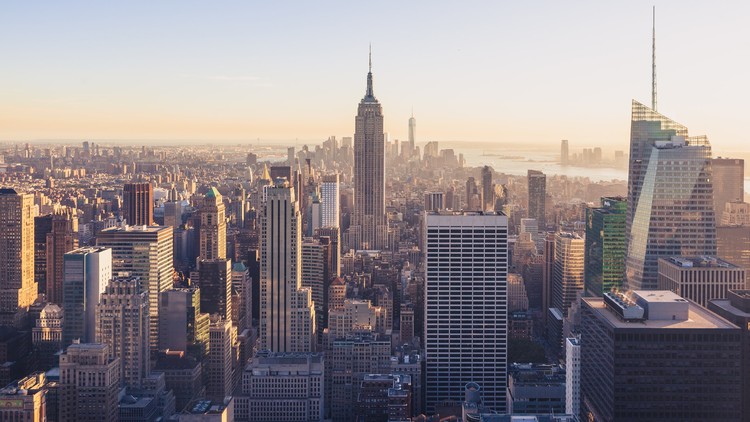 Artificial intelligence is often associated with the concept of smart cities. Although their definitions are not unified, these cities have common features in theory and practice, such as the use of management strategies and technologies that aim to increase the quality of life of citizens and create greater efficiencies in resources and services. Often, terms like big data, artificial intelligence, machine learning, and the internet of things (IoT, Internet of Things ), among others, are associated with these strategies.

In this context, artificial intelligence, improvement of urban systems, and city management can be closely linked to each other. But it is also necessary to recognize the real needs of the inhabitants of cities, and how AI can act to improve urban conditions. Community involvement is also necessary so that people can trust the systems and take the necessary steps to correct possible errors.

The projects below are potential applications of artificial intelligence systems that are either in trial phases or already in operation. These systems all aim to improve the management of urban systems.

From robots able to offer information to passengers at stations and transportation points to operating systems that optimize bus networks with real-time timesheets based on data such as passenger volume and number of daily trips per line, artificial intelligence has been applied frequently in the public transport system in cities. The analysis of user experiences can also be collected, stored, and combined by applications based on the use of AI, promoting possible adaptations to user paths, using multimodal transport, and expanding the adhesion to the public transport network.

Various initiatives have created networks of sensors capable of capturing air samples, analyzing them, and informing the general public of the air quality in both large and small cities. In addition to pollution indications, the measurement of fossil fuel particles can be determined, alternating authorities to a nearby forest fire before the situation grows out of control.

Through applications that receive information from users themselves, artificial intelligence can indicate whether a route is considered safe for women. The information usually collected and made available is related to the presence of movement in the streets, policing, commercial establishments, public lighting, or harassment.

Traffic systems based in AI offer cities the power to improve the monitoring and data analysis of transit routes, traffic light control, and camera tracking. Video systems allow the recognition of different transport models, accident identification, and the distinction between vehicles and pedestrians, using that data to activate traffic flow control devices and analyze strategies for the future.

One of the ways used to detect water leaks is through the use of sound sensors that capture flow frequencies in pipes. This data can be read by an application that analyzes the recording through a database stored in the cloud, capable of differentiating sounds from pipes with normal flow and pipes with potential leakage.

Optimization of Garbage Collection and Recycling

In the collection and sorting of waste products, artificial intelligence can act in order to optimize selective collection, reduce the risk of injury to employees, and increase the recycling potential of cities. Cameras used both in dumps and in the recycling process are able, through artificial intelligence, to identify the different materials and separate them for recycling.

Facial recognition and behavioral patterns, linked to the governmental bodies responsible for city safety, have been used as a strategy to reduce violence. These monitoring systems can also allow the counting of numbers of people at certain events, such as protests, based on the identification of people whose information is tracked through artificial intelligence systems.