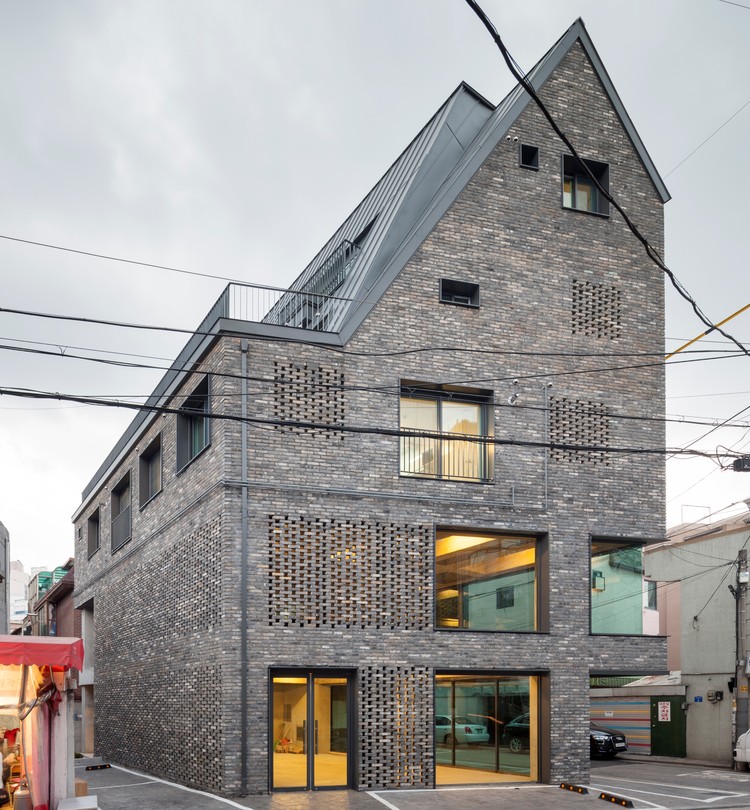 Text description provided by the architects. The ancient brick from the Qing Dynasty of China is a building material widely used in many ways due t its unique vintage character. We thought there is significance in using this material as this building is located in an area that is densely populated by Chinese people in Korea. Though some films have exaggerated the atmosphere of this area for the sake of a cinematic setting, it’s true that it has a unique atmosphere that cannot be seen elsewhere, and most of the tenants are Chinese. Therefore we did not hesitate in selection the bricks that would be familiar to them as exterior materials.

Before the final selection of bricks as exterior materials, we considered materials that could bring sunlight into the room while blocking the view, such as polycarbonate. The adjacent buildings were severely aged, and in particular, there was a recycle waste facility to the north, making it necessary to block the view. For this reason, we chose the ancient brick and created a perforated brick wall to block the view and introduce sunlight. To block gazes from the surrounding environment, perforated brick walls used on the first and second floors were applied to residential spaces on the third and fifth floors, creating completely different atmospheres for the building during the day and night. In particular, the staircase, created like a windowless room, is a space that actively creates the image of a night view where light shines through the gaps between bricks. However, though the ancient brick is pleasing to the eye, it has the disadvantage of very poor physical properties as exterior materials.

Reinforcing the structure behind the bricks is essential when stacking them, because they do not adhere well to cement, and water leakage tends to occur around the window frame due to its ability to absorb water. Hence, metal frames were installed around the window frame to meet both design and functional aspects. The building naturally took the form of a gable in order to secure the maximum gross floor area, as it was restricted by the volume limit in relation to the road to the south and solar rights regulations to the north. The gable shape was cut off due to height restrictions, but we kept the gable shape on the west side by utilizing the leaning mass of the building. We originally designed to construct the slope with the ancient bricks to give the mass a sense of unity, but it was unfortunately changed to color steel sheets due to the risk of leakage and the lack of construction ability. 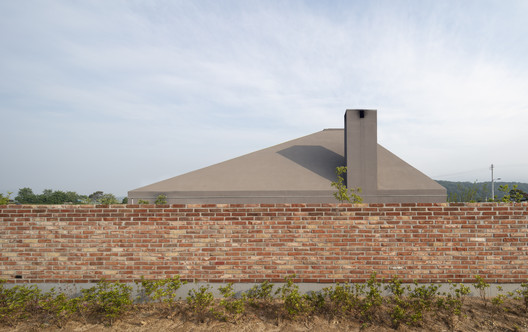 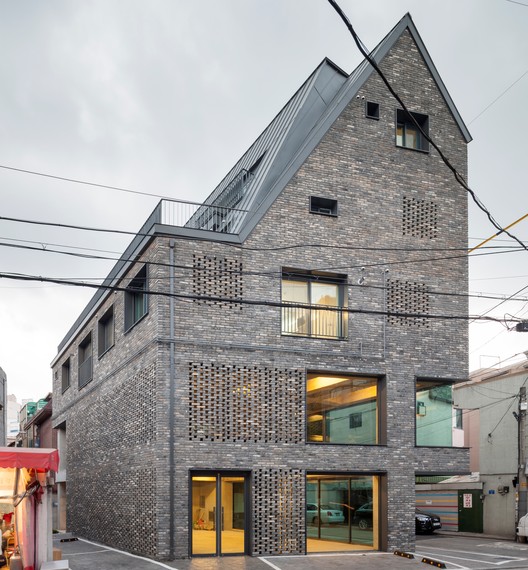