Save
The Architecture of Surveillance: The Panopticon Prison
Share
Or
Copy 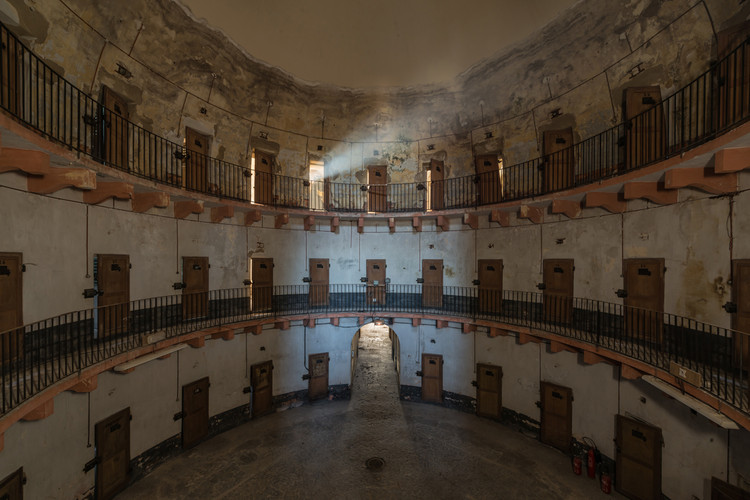 Invented in the 18th century by English philosopher and social theorist Jeremy Bentham, the prison typology's core principle was monitoring the maximum number of prisoners with the minimum number of guards. The morphology consisted of a circular array of cells with a watchtower in the centre of the structure. The guards could thus observe every inmate at any time, unseen by the prisoners. The prisoners would be aware of the constant presence of authority, not knowing when they are being observed. As such, the prisoners would be self-disciplining, and few guards could ensure order over a large number of inmates. Described by Bentham as a "new mode of obtaining power of mind over mind", the panopticon, through the constant surveillance, would coerce the inmates into adjusting their own behaviour. Bentham envisioned this morphology to be applied to schools, hospitals and asylums, but he only detailed the design for the Panopticon prison.

In the 21st century, the idea of the panopticon was transformed by French philosopher Michel Foucault into a metaphor of social control that extends to all citizens. He argued that citizens internalize the authority represented by laws and institutions and that power derives from observation.

The abandoned panopticon photographed by Romain Veillon, dating from the early 1800s, is one of the first of its kind to be built in France. The building is not entirely faithful to the panopticon typology, as the architects have replaced the central tower with an elevated slab, visible from all the cells, where the guardians would sit. Having been abandoned for a few decades now, there are plans for the prison's rehabilitation and conversion into a museum. Veillon has specialized in documenting abandoned historic buildings, from castles and factories to churches and hospitals. His work aims to capture the former life of these forgotten places. 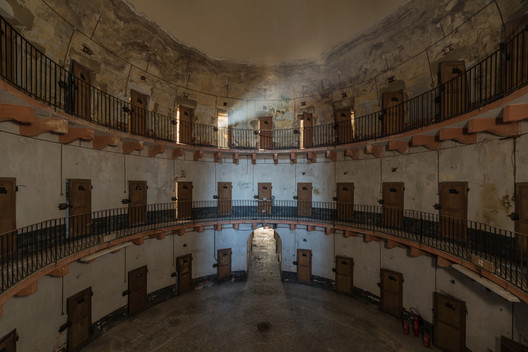