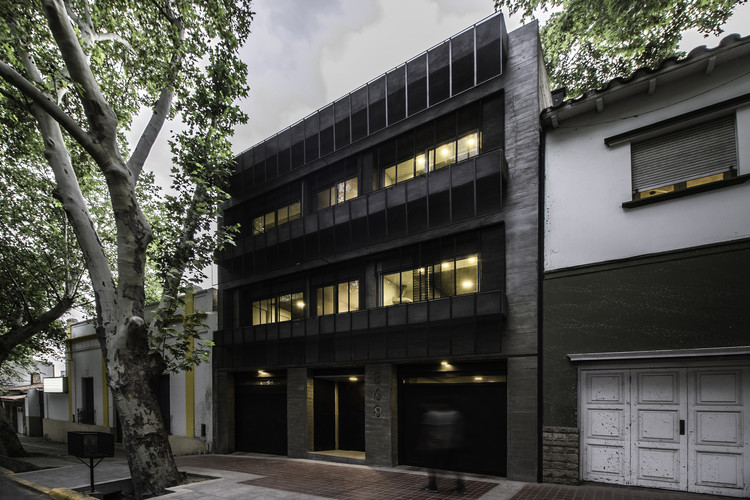 Text description provided by the architects. Urban environment. The DCA project is located in a very small lot of 105m2 of surface, in one of the most traditional residential areas of the City of Mendoza, whose urban environment consists mainly of buildings from the 60's and 70's located proximal to the General San Martín Park, the largest lungs in the city. The proposal comprises a continuity of the neighboring facades observing the existing buildings throughout the block. Thus, the morphology achieved follows the immediate urban environment, accounting for both pedestrian and vehicular needs.

Program. The proposal consists of a free ground floor for parking spaces and a patio with green areas. A central staircase gives access to 2 apartment units, each one located on one floor. On the highest level, a public terrace is created, which includes a grill, a jacuzzi, and spaces for social gatherings and contemplation of the perimeter urban view.

Material. The materials selected for this project, both as a structure and as an exterior finish are exposed reinforced concrete and glass. For interior finishes, masonry walls and light white painted partitions shall be used.

Envelope. As a solar and urban protection, a system of mobile and fixed metal parasols is placed on the front and back facades, which will act as interactive skins on horizontal strips, generating visual dynamism for both users and viewers who contemplate the project from the sidewalk and neighboring buildings.

Vegetation. Given the scarce green surface of the land, the proposal aims at creating not only a backyard which will offer the possibility of planting trees, but also a series of suspended concrete flower pots with xerophilous vegetation. Such flowers pots shall be reachable from the area of each apartment, and will be incorporated into the windowsills of each level, allowing visual contact with nature from the inside of the units. 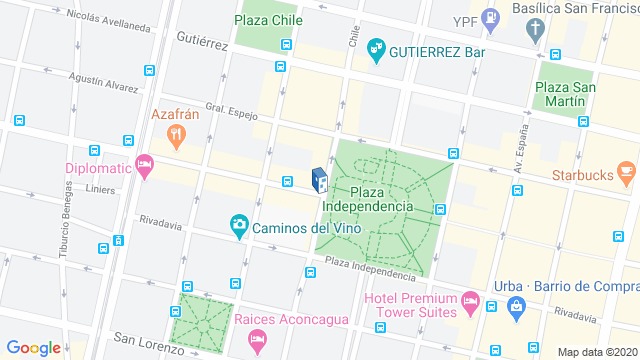