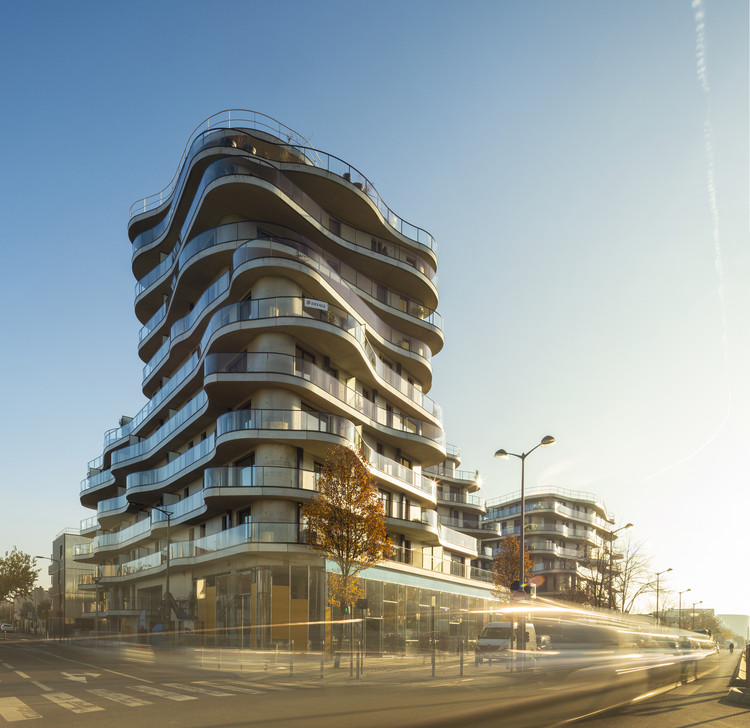 Text description provided by the architects. The “Courbes” project is part of the urban renewal program of the ZAC Charles de Gaulle in Colombes. The area is easily identified thanks to the eclectic architecture of the urban fabric, blending bungalows and apartment houses dating from the 1980s-90s. The tramway has finally reached this neighborhood, which has enabled the beginning of its genuine transformation owing to its highly prized proximity to the business district of La Défense.

The architectural project comprises two buildings with large and double-height shops on the ground floor, it restores the notion of alignment to the boulevard while bestowing visual lightness in its upper floors thanks to the suppleness of its interlocking volumes. The important variations in the project’s height envelope and floor plan results from the presence of setbacks on every floor, which make it possible to offer rich volumes according to the surrounding context. The core of the city block benefits from the creation of a pedestrian alleyway lined with over 30 parasol pines, and the residential building is cladded in shiny annealed stainless steel, which amplifies the perception of the greenery and light within the block. The project with its 134 apartments serves to signal the entrance to the town while the molded volumes give each apartment a unique character. The aim was to densify the area, respecting the comfort of all at the same time. Each floor has been designed in accordance to its specific location, whilst complying the orientation, the neighboring structures and the volumes of the floors above and below. The massive appearance of the building is mitigated by the presence of balconies - between reflection and transparency- offering open sky exterior spaces. Over 2 km of curved glazing were required to complete the project.

The exterior spaces are on average 22 m² per apartment. Though situated in the second ring of Paris suburbs, it benefits form quality interior spaces, illustrated in particular by the choice of solid oak parquet floors for all the rooms in the building as well as the common areas. The southern edge of the property is treated like a ship’s prow overlooking the outside. The apartments enjoy large full-height windows and broad terraces facing south with an unobstructed view of the district of La Défense. 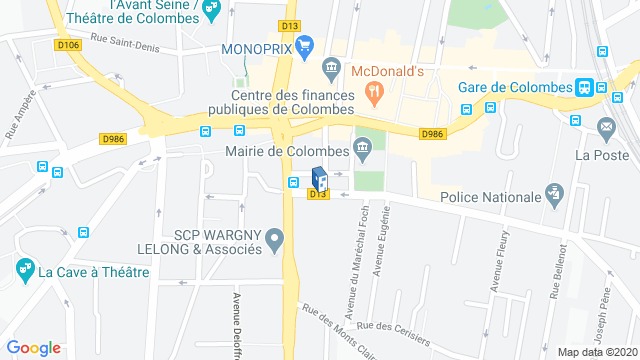 Location to be used only as a reference. It could indicate city/country but not exact address.
Share
Or
Copy
About this office
Christophe Rousselle Architecte
Office
••• 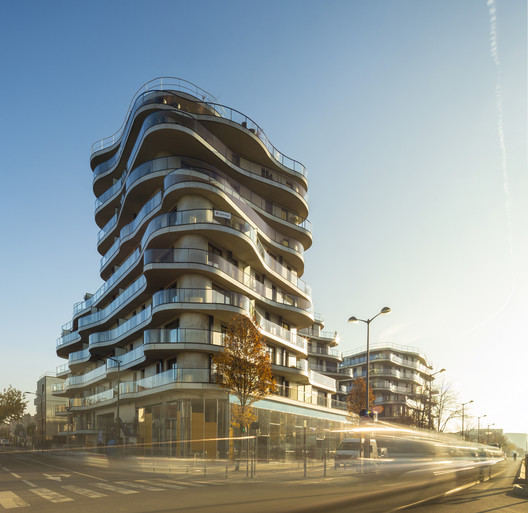