What makes a smart city successful is established by perfecting the secret sauce that captures the lifeblood of a place and integrating it with impactful technology. It's where the dynamic neighborhoods that Jane Jacobs once described meet at the intersection of sustainability, and a more cost-effective way of living. Smart cities and their ideals are not going anywhere, and we may see them play out in our future sooner than we expect. A report released in 2018 estimated that the smart city market will grow to $2.57 trillion in the next five years. What comes next between now and then, is the refinement of the definition of a successful city that helps researchers and architects create more humanized urban centers. Will these cities tip the scale towards dystopia or lean towards the creation of the highly sought after utopia?

Although very few smart buildings and smart cities have been realized, those that have, are often criticized as falling short of their ambitious goals. Consider the popular case studies of Songdo, South Korea and Masdar City in the United Arab Emirates- two self-defined smart cities that are seen as too tech-centric and lacking many human experience factors. The result produced two cities that widely expanded internet broadband infrastructure and literacy, but only saw minimal success in other aspects of improving the quality of urban life. Barcelona is one of the more successful examples of creating a balance between technology and humanism, as the city is setting the bar high with its Smart City 3.0 strategy. The idea is to place emphasis on citizen empowerment, rather than the highly controversial data collection methods that some other municipalities around the globe promote.

The Research Team at Gensler, the largest global architecture, design, and planning firm, also has a stake in promoting these ideologies, and is heavily involved in developing guidelines for designing smart cities. Their focus has been on the advancement of technologies with an emphasis on bettering urban centers for those who inhabit them at the scale of an individual. The team’s investigations have drawn several conclusions about the elements needed to integrate technology with city management in a way that respects human rights, civic nature, and the public’s pocket.

In a recent publication by the firm, Hans Neubert, Gensler’s Global Creative Lead of Digital Experiences weighed in on the topic by saying, “Smart city technologies are not going anywhere anytime soon. If early experiments have taught us anything, it’s that these technologies need to be directed toward pre-identified and necessary purposes, and that the urban citizen receives a tangible benefit from them. In other words, smart cities need to be humanized.” He goes on to describe four strategies that can be implemented to ensure that smart cities benefit those who inhabit them:

According to Neubert, “When done right, smart city technologies can provide a platform for a two-way dialogue between citizen and city, and architects are in the unique position of demonstrating how this can work in practice at a limited scale.” In this age, considering the majority of the world’s population lives in urban areas, architects must answer the call and work to develop this model for generations to come. And with all of the speculation and excitement around these smart cities, the future may be coming sooner than we think. 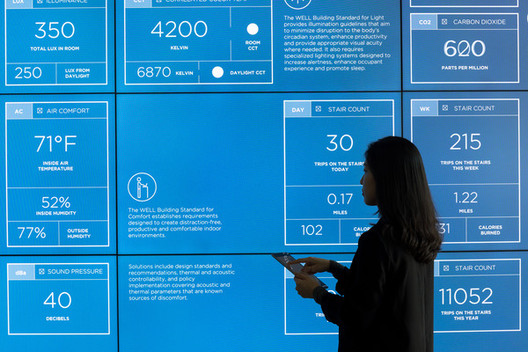