Design and the City is a podcast by reSITE, raising questions and proposing solutions for the city of the future. In the seventh episode, Christopher Cabaldon, the longest-serving mayor in West Sacramento’s history, an LGBTQ+advocate, talks about the urban regeneration of his city, from a former industrial town to an urbanized, livable community. 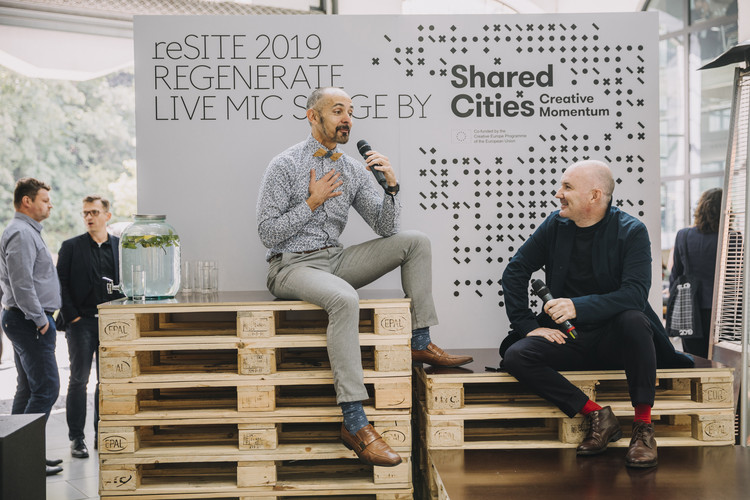 West Sacramento, one of the most livable small towns in America, underwent an incredible transformation during mayor Cabaldon's on-going 20-year-long office. From a once-abandoned industrial city at the core of the California region, “West Sacramento has become a fascinating story of regeneration in the most fundamental way”. Originally a professor of public policy at Sacramento State University, Christopher Cabaldon has been behind the remaking project.

Considering the Regeneration process as “something that happens in a place, by a place”, Cabaldon discusses how unpredictable the whole procedure is. In fact, he states that “there is more of a sense of delightful surprise in regeneration, in an understanding that the forces that shape a place are more nuanced, more complex, more interesting than just the planners”.

Talking about his city and his experience, the transformation put in place a mix of people, each contributing something. “It's a mix of people living together in ways that we didn't experience much. It's more urban than prior patterns in the Sacramento region have been. It's urban in a way where there's subsidized housing for low-income folks living right next door to a judge, to the mayor, to a university chancellor combined with art for the first time”.

Moreover, on California’s experience with placemaking, Cabaldon explains that the state invests not only in building subsidized affordable housing but also in creating a community for people to live in. With a fund just for public art, the city is a space of expression.

The biggest challenge faced in many cities around the world is affordable housing. For West Sacramento, the biggest task is dealing with affordability crisis not just in the city but also, with thousands of people coming from San-Francisco who cannot find a place to live there. The other challenge would be to reduce the cost of building. Finally, Cabaldon says that “part of our challenge is building a lot more and that's some part of that is on land use regulations and on financing but we're not going to crack that until we also deal with the cost of housing that we've created”.

ReSITE, a global non-profit acting to improve the urban environment, launched its first podcast, Design and the City, featuring nine speakers from the reSITE 2019 REGENERATE event. Revolving around how we can use design to make cities more livable and lovable, every week, a new episode is released, featuring a new guest.