Save
Design in the Balkans: Bulgaria's New Family Homes
Share
Or
Copy

The architecture of the Balkans is rooted in its history and geography. While Bulgaria seemingly goes unnoticed in the region’s design circles, the country’s architecture reflects a larger move towards more modern projects. This is especially true in Bulgaria’s residential architecture, where a range of new single family homes have been built in the last decade. 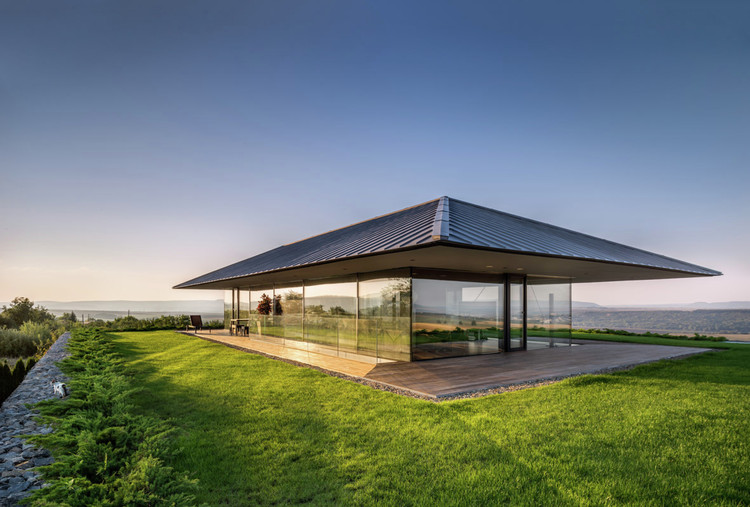 Bulgaria emerged from a range of empires and cultures that shaped its built environment, from the Ottomans to the Romans. At the same time, as it occupies a portion of the eastern Balkan Peninsula and borders five countries, its architecture follows the country’s mountain ranges and plains. These buildings are often made in urban centers and towns, protecting the richness one of the most biodiverse countries in Europe. The following projects explore this architecture and the Balkans through Bulgaria’s single family homes.

This house is located on the last plot of a neighborhood in the outskirts of Sofia, Bulgaria. The complexity of the program and the size of the site led to the home’s tree structure. Each of the three stories differs in size, with the first story directly connected to the street and the garden. Together, they combine with the open ground floor and the small garden to make the most of the home’s site constraints.

The idea for this tiny vacation house was born out of a desire to stay away from the crowds and spend time somewhere calmer and closer to nature instead. With a limited budget, the young family opted for making a retreat on wheels. The restrictions defying the sizes of a vehicle that could freely go on the roads determined the size of our tiny home – 9 square meters.

The house is located on a hill in the highest corner of a village amid an agricultural area in Northeast Bulgaria. The site of the project is distinguished both by its panoramic views and distant visibility. In order to strengthen them, a part of the program is located in the seemingly bastion-like volume and the living area is elevated atop it. This creates 360 degree views in the fully opened space above.

Simon Gill Architects completed the fishing lodge at Batak, Bulgaria, in the summer of 2012. The 290 m2 building is divided into two sections with one half of the house built into the hillside and the other rising above ground in an insulated tower-like volume. The secluded house overlooks a large lake with vast forests lying close behind.

Commissioned by the well-known art supporter and successful businessman George Bonin and developed by the New York based firm Ignatov Architects, the Home Tree concept is an attempt for defining contemporary, adaptable rural architecture. Its strategy is based on learning from existing trees on site recognizing their natural optimization for the given location and climate.

This single family house was designed with a large living and dining space, as well as a home office, bedrooms and a veranda space. The long horizontal structure was oriented to the sun with views across the site’s slope. Entering diagonally into the house, the height of the spaces change in relation to their degree of privacy.