Save
Peter Eisenman Interview: Advice to the Young
Share
Or
Copy

This January, Peter Eisenman was interviewed by Marc-Christoph Wagner at his studio in New York City. Featured by the Louisiana Museum of Modern Art, the video “Learn the language” explores how Eisenman stresses the importance of communication and of knowing the language of the field you’re interested in.

Peter Eisenman is an American architect whose architecture is often characterized as Deconstructivist. Eisenman rose to fame in the late 1960s as part of the New York Five, a group that shared an interest in the purity of architectural form and besides Eisenman included Charles Gwathmey, John Hejduk, Richard Meier, and Michael Graves. Among his work are House VI in Cornwall, Wexner Center for the Arts in Columbus, Memorial to the Murdered Jews of Europe in Berlin, and the City of Culture of Galicia in Santiago de Compostela. 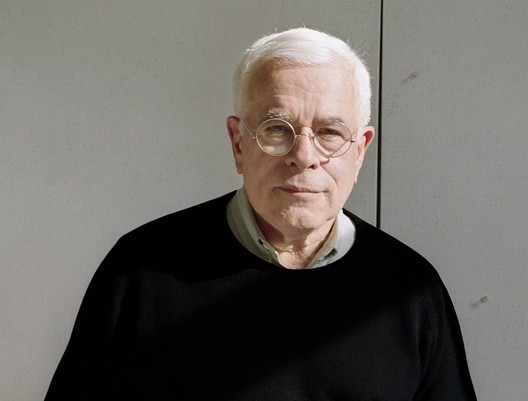