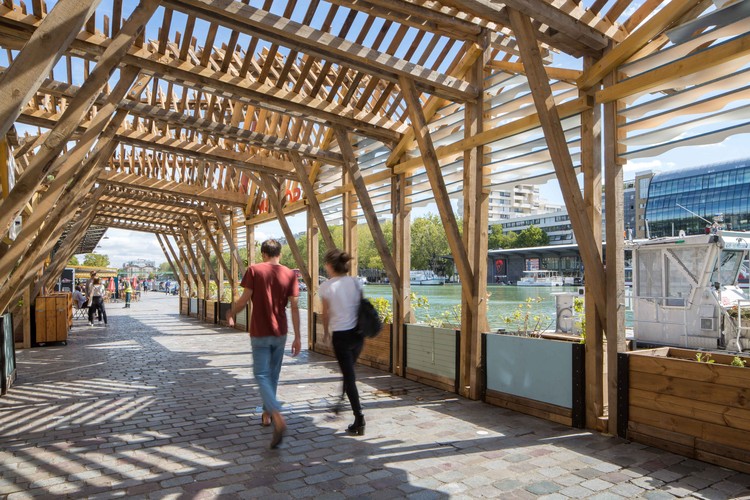 Text description provided by the architects. A circular shade house made from 90% reclaimed wood. A structural and architectural demonstration of three success stories: a collective, a circular economy approach, and a practical application of the international Fab City movement. This project would not have been possible without the support of Icade Promotion, REI Habitat, Quartus and SUEZ. The project expresses the undulations of the canal on a façade. The roof, like the hull of a boat, follows this motion and rises in the center to designate the entrance to the house. Following a call for projects by Les Canaux, an association for solidary and innovative economies, the collective Re-Store by WoMa (www.restore.woma.fr) was selected to implement this shade house made of reused materials. The delivery date was fixed two months after the announcement. The project was constructed for the duration of the summer. The entire structure was completed just in time, 5 minutes before its inauguration, and remained intact until its dismantlement.

The project commissioned by Les Canaux needed to shade the organization’s activities from the sun during the summer, with the ambition of using almost exclusively reused or reclaimed materials and designing, sourcing and building the structure in just two months. Re-Store tackled this challenge by channeling various areas of expertise among its members: design by WAO Architecture (coordination), R-Use, Studio Pourquoi Pas, EMA architecture… fabrication by Super Cube (agent), ReMake, Force Pure… Thus, this project was designed, sourced and realized by a collective made up of multiple players. The collective was able to realize this shadehouse thanks to a space at L’Orfevrerie in Saint Denis, which it used to store materials, experiment and produce in collaboration. This third-space resulted from a partnership among three parties: Quartus real estate developer, which hosted the collective; REI Habitat/REMAKE, which installed its carpentry workshop with machines and artisanal know-how; and WoMa, which managed the space while contributing its community and digital skills. The project represents a prowess in reclaiming materials, where approximately 8.4 tons of wood (90% of wood used) were reclaimed and reused.

The challenge presented by Les Canaux went beyond the architectural project of building the terrace. It was a challenge for all the players involved in the construction — architects, engineers, contractors and developers — to reduce the use of new materials, given our limited resources, and to increase the reuse of what is considered to be waste. The construction sector need to involve in this type of approach, as every structure impacts the environment. Instead of following the linear consumerist path where products are transported then discarded, we adopted a circular approach, producing goods from waste materials, and where data circulates freely among cities, in order to diffuse these strategies. This project is also part of the global Fab City movement that advocates moving from Product In Trash Out to Data In Data Out. (www.fab.city) 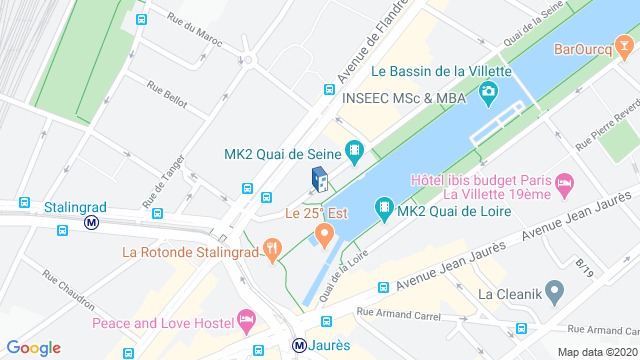 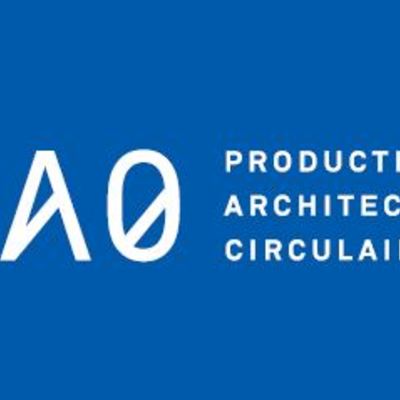 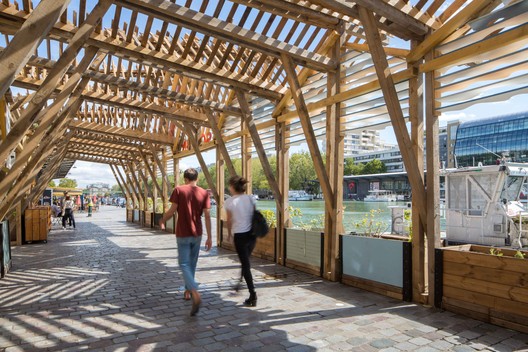