Save
The Kitchenless Home: Co-Living and New Interiors
Share
Or
Copy

The rise of co-living has begun to radically shape interior design. In residential projects and commercial developments, co-living is tied to the emergence of the Kitchenless Home idea. Began by Spanish architect Anna Puigjaner, this idea is tied to a range of innovations in interior design and co-living that have been built over the last five years. In turn, these new interiors began to tell a story of housing and spatial experience rooted in modern life. 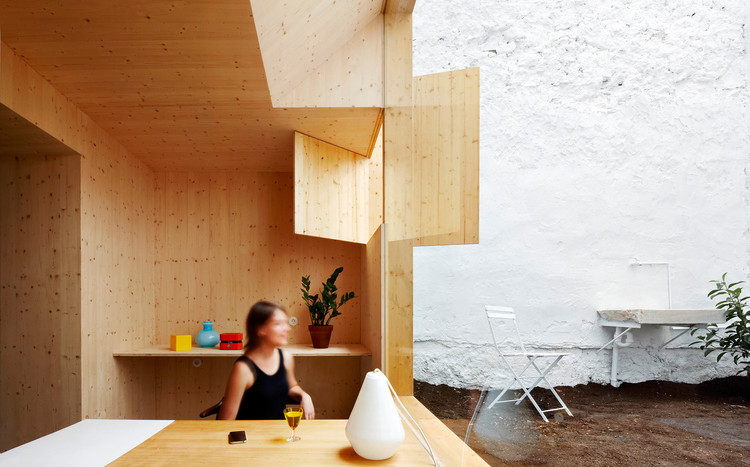 In 2016, Anna Puigjaner imagined a future in which housing is suited to the needs of its inhabitants. Her project “Kitchenless” received the Wheelwright Prize from Harvard University, along with an endowment of $100,000 for research on existing models of communal residences worldwide. Puigjaner explained the idea in an interview with ArchDaily, and since then, she revealed how she is applying her “Kitchenless” housing typology within her own projects with Metropolis Magazine. Puigjaner talks about the time she spent traveling the world and visiting the many different cultures that share her idea of communal cooking.

Puigjaner’s proposal was to create "kitchenless" homes with a central, shared kitchen for a community to tackle the issues of the growing population’s lack of social outlets and forming a community within a building. Tied to designing healthy and sustainable neighborhoods, the idea is also rooted in a turn towards environmentally conscious living. In the United States alone, Americans waste 30 percent of consumable food annually. Likewise, elderly populations and youth increasingly lack socialization outlets. Aiming to develop new models of collective housing, Puigjaner believes that centralizing cooking within residential buildings and promoting co-living can begin to address these issues.

The "Kitchenless" House: A Concept for the 21st Century

As Eduardo Souza wrote, the high prices of real estate and an increase in loneliness are leading people to seek new ways of living. The concept of co-living addresses multiple aspects, such as a sense of community, sustainability, and collaborative economy. The concept emerged in Denmark in the 1970s, originally under the name of cohousing. Souza explains that the Sættedammen initiative, for example, consisted of 35 families living in private homes while sharing communal spaces for socializing and activities, such as dining, housekeeping, group gatherings, festivities, and other events.

Today, co-living offers a multitude of possibilities, ranging from people who simply live together - solely sharing the physical space - to communities who also share values, interests and a philosophy of life.

In November 2017, Space10 launched an interactive website and survey called One Shared House 2030, which was set up as a mock application to a shared house that one would move into in the year 2030. The survey asked people about their coliving preferences — from what spaces they’d want to keep private to what types of utilities they wouldn’t mind sharing. The survey got feedback from more than 7,000 people in 147 countries. The result: respondents were most interested in living in shared houses of between 4 and 10 people. One of the main reasons people are interested in coliving is a desire for social interaction, trading things like private kitchens for flexible private space.

As Puigjaner said, domestic comfort is built and designed. As interiors are shaped by experience, the emergence of co-living and concepts like kitchenless homes have begun to influence developers and larger projects beyond single family residential. Projects like Staten Island Urby, communal living platforms like Treehouse, and even Puigjaner's own projects with her firm MAIO show the potential of these trends. As our architecture and cities are shaped by new modes of living and trends like automation, the design of new interiors and kitchenless homes will continue to reflect how we choose to live today.

The "Kitchenless" House: A Concept for the 21st Century
Share
Or
Copy
About this author 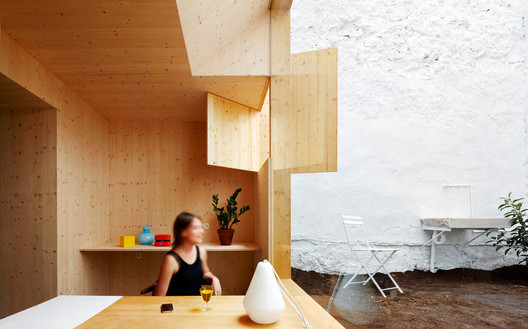