MVRDV in collaboration with Airbus, Bauhaus Luftfahrt, ETH Zurich, and Systra, is developing a plan for the future of Urban Air Mobility (UAM). The investigation tackles the integration of “flying vehicles” into our urban environments and envisions a comprehensive mobility concept. 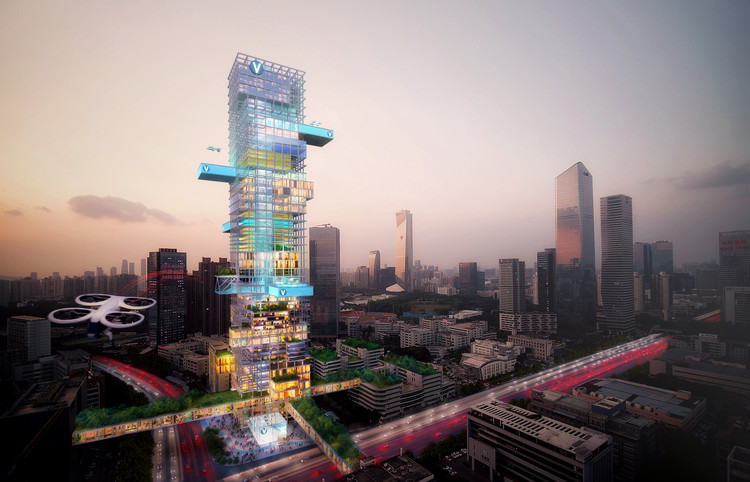 Addressing major questions like “How will these flying vehicles impact our urban environments? And how could they be leveraged to improve our cities?” MVRDV and Airbus are exploring the possibility of reconnecting territories through an accessible-for-all system. Avoiding the negative impact that comes with the introduction of new transportation modes into cities, the study imagines both short-term and long-term scenarios, in order to dodge any detrimental impacts from this disruptive technology.

With urban principles in mind, the implementation of UAM can have minimal impact. According to the designers, “the key to unlocking this potential lies largely in vertiports, landing hubs that integrate the aerial network with the existing and future ground transportation system”. Just like a traditional transportation structure, vertiports have stations, but unlike other systems, the network does not require any linear infrastructure in between. The flexible concept allows “designers to adapt the vertiports to a variety of different locations”, creating better connections, especially in disadvantaged and remote areas of cities without the need for expensive infrastructure.

MVRDV Unveils Images of the Tripolis Office Complex in Amsterdam

Designed as catalysts for urban improvement, vertiports are also as hubs of renewable energy, data, and public amenities. The "sustainable and resilient" interventions are linked with other multimodal transport for better servitude. Moreover, they can be designed as opportunity hubs with educational and healthcare facilities, business incubators, or they can serve as a bridge connecting neighborhoods.

“As cities become denser and technologies improve, it becomes increasingly clear that the truly three-dimensional city – one that includes flying vehicles – is surely one of the city models of the future… a city where my mobility is at my balcony!” says Winy Maas, founding partner of MVRDV. “But to reach this future will require many small steps. It’s a credit to Airbus that they are thinking about these issues in advance, and doing so in a way that will improve things in the meantime. -- says Winy Maas, founding partner of MVRDV.”

On another hand, the study doesn’t seek to replace existing infrastructures but introduces a technology that enhances connections. Actually, the research concludes that “once UAM is well established with an extensive network of vertiports, it could serve as an interesting contributor to a mobility system of discrete and distributed modes that complement rail or road infrastructure”.

MVRDV and Airbus developed a number of scenarios based on cities around the world, to showcase how vertiports could be integrated into a variety of urban situations. An immersive exhibition titled The City and the Sky Above, created through a collaboration between MVRDV, Airbus, and Squint/Opera is currently on display at the Bi-City Biennale of Urbanism\Architecture in order to highlight what the future can look like. 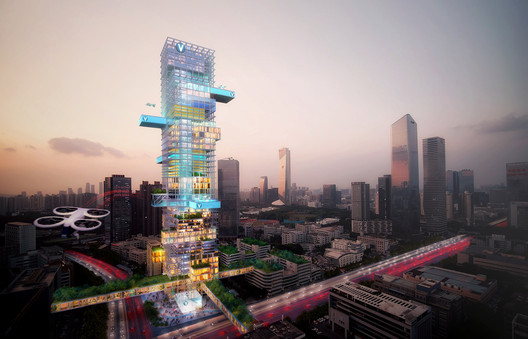