Save
Made in Madrid! Giftshop and Tourist Point / Izaskun Chinchilla Architects 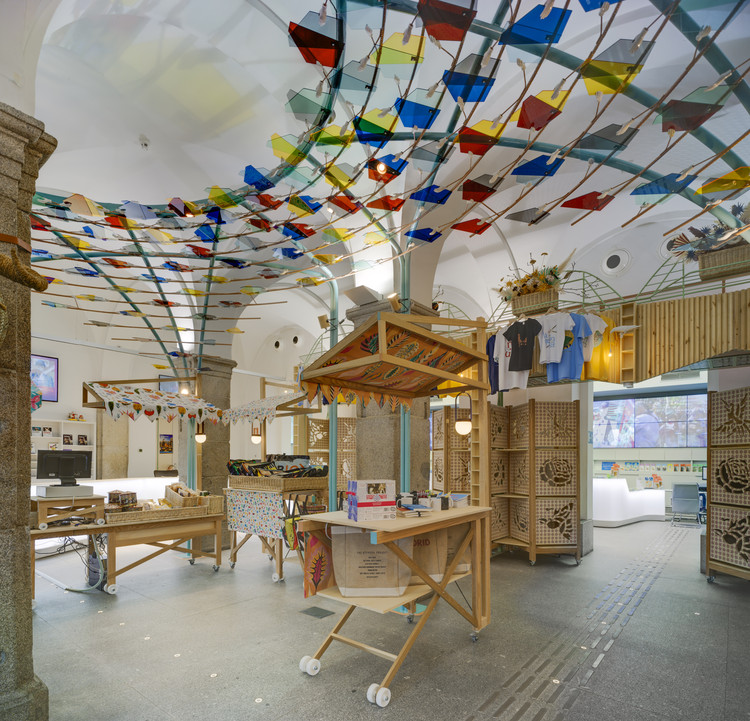 Text description provided by the architects. Before our intervention, the place provided service as a tourist information center and the redesign project has made this use compatible with the introduction of a store of products typical from Madrid and manufactured in Madrid!. The new elements introduced in the space are related to the iconography and culture of Madrid, preventing the place from having an abstract appearance that could be associated with any chic design store of any other European city. For this reason, we have taken inspiration from elements in icons that are part or have been part of the city of Madrid and that have had an important influence, more or less known, in the construction of the identity of the city and , in particular, in the construction of the culture of encounter, social interaction, creativity and design as aspects that seek to be celebrated in this shop. These include the corralas, the barquillero stalls, the violet candies, the Glass dome of the Palace Hotel or the manton de Manila. We have also worked hand in hand with the Team of Madrid Destino so that in the execution of the elements are involved artisans and designers of Madrid, putting in value their work and filling the shop with unforgettable moments!.

The dome is the most characteristic element of the space being located in four of the existing domes of the “Casa de la Panadería”. It is inspired by the large glass domes of the city of Madrid which are not an architectural element especially known in the city. However, Madrid has very beautiful ones. Some of these domes tell stories about solidarity, brotherhood and the importance that conversation and encounter have had in a city like Madrid. The dome of “Santa María del Silencio” tells a beautiful story of solidarity towards the deaf community. The dome of the “Palace Hotel” has witnessed important conversations which have marked the future of the city in complex periods as the Spanish Civil War. The corralas are not just a Madrid’s distinctive architectural element but one of the architectural typologies that have contributed to build the sociological base of a city where neighbors talk, share a communally managed space, ask for help to each others, hear about the daily news even the fake ones... The project will pay tribute to this architectural typology through a contemporary reinterpretation located in the north and east perimeter.

Traditionally, wafer shopkeepers wore their baskets with wafers and a roulette wheel in which shoppers could try their luck. The game was to spin a wheel that pointed to different numbers. If there were several participants, the one who drew the lowest figure, paid all wafers. If he was only one person, he paid a few coins and had the right to take a wafer on each turn, except when he fell into the nail square, in which case he lost everything he earned. Madrid is recovering its wafers, another good example of how a commercial transaction that could be cold and fast becomes an occasion for the game, for social interaction and for fun. The main part of the store, the cash register, is inspired by these street stalls, taking advantage of the sale of wafers for the exhibition of items for sale. This area will consist of two types of wafer stands, very similar but with small differences to adapt to the space and the tours of the store. The showcase is an exhibitor that will emerge from the corner of the shop. It is located below the upper level of the Corrala, and it is built with metal pillars and beams to form the new shelves. In addition, to remark its identity, there will be some wood folding screens made by laser cutting which will be provided with wheels to allow its mobility. The showcase will have recycled or manufactured windows with a vintage look and a semicircular window on the top. There will be two different typologies of shelves: the wood and the glass ones. The elevation of the entire showcase will be finished with wallpaper, identifying that the showcase is an important element where more delicate objects will be sold. 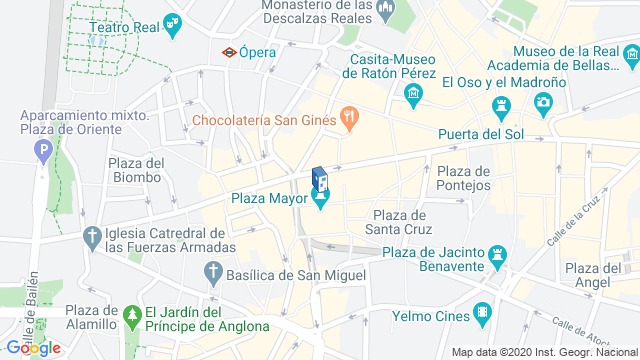