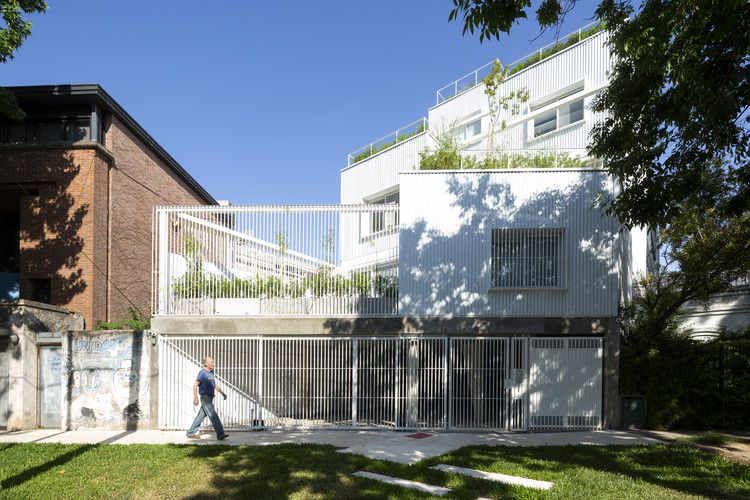 Text description provided by the architects. This building arises both from the proposal to live in the hybrid type "department with garden", and also as a condition of the old planning code of Buenos Aires. This code was governed by the FOT - land occupation factor: a factor by which the land area is multiplied to obtain the amount of selling meters in the land. The price of the land is fixed based on this number. But the FOT is not computed on the exterior uncovered surfaces, so if the mass built is organized in terraces, more selling meters are obtained, without having paid for them. The building is situated on a 45m long ground. Its north facade overlooks a wide and wooded boulevard. This length allowed the entire building to be terraced so as to generate large sunny balconies. Conceptually there are 7 stacked houses, each different from the others, with large exterior spaces and a lot of perimeter of contact with the outside.

The exterior is a central feature, the configuration of the terraces articulates the building getting back on each floor obtaining maximum sunlight and views. Furthermore, the volumes of sheet metal form projections, obtaining exterior spaces covered and integrated to the interior. The project has a variety of outdoor spaces; semi-covered private access patios, vegetation porches and large green balconies or hot tubs, surrounded by potted plants with native plants. In addition, the first level units have a large backyard while those of the upper units have a private green roof. One apartment has a tree on its balcony, two have grass, and two have a jacuzzi. The departments reduce their size on each floor, therefore each one is different, and they were also customized for each client. The silhouettes of the dividing walls were designed in response to the boundary buildings without generating an aggressive wall, but an object piece. From conception, this type of architecture promotes a way of life in relation to the outdoors, and to nature, but within the city - with all that this implies. No need to use a car to get around, or live far away in a closed neighborhood to have nature and security.

Technicalities. Vertically, the exterior walls have double insulation: a white exterior sheet favors solar reflectance and an interior brick wall with an air chamber that allows air circulation between. In the horizontal plane, the floor is green, it contains grass and crawlers, which provide a 10 cm insulating earth mattress. In addition, they delay the drainage of the surplus of water to the network. A pergola with vine plants, that produces shadow that protects it from the sun. These exteriors create a microclimate that controls the temperature against glazed surfaces. The rainwater collected by the terraces is reused for cleaning and irrigation in common areas. 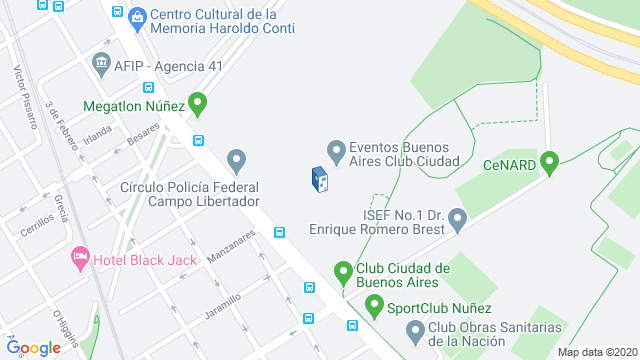 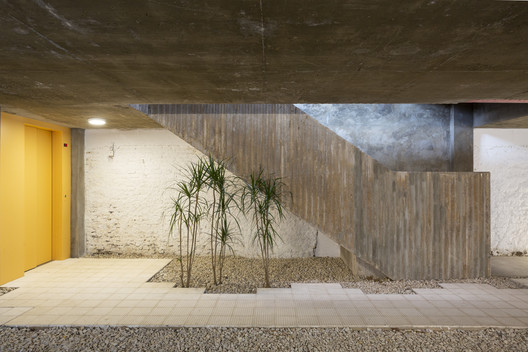 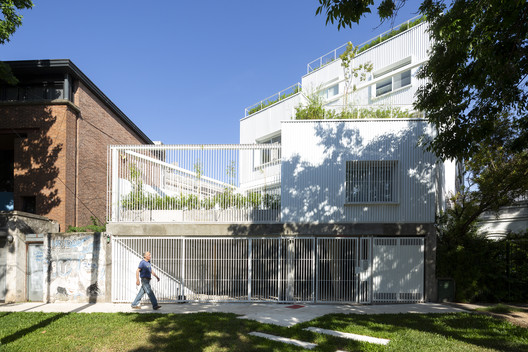