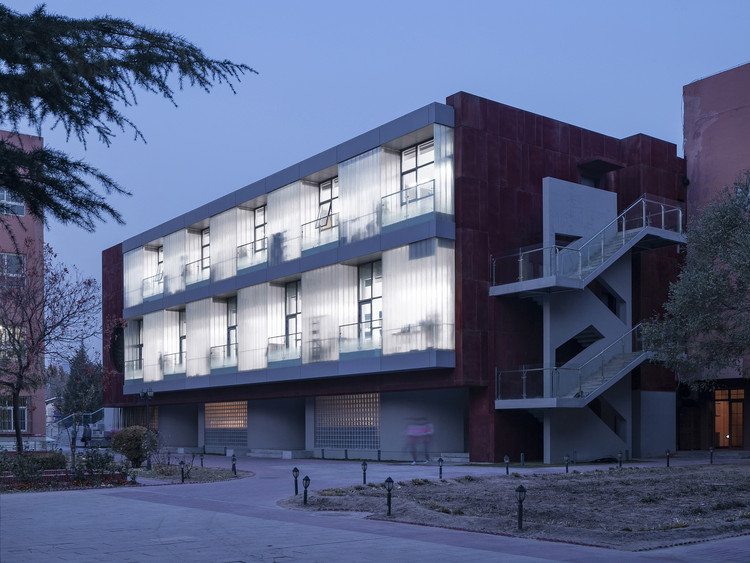 Text description provided by the architects. Whenever we take on a design project, we want to find a deeper space content beyond form and function, which I call the spirit of space. In our opinion, she is the core of space, the source of soul and a source of vitality and tension. she must be transformed into a "spatial prototype" when she needs to be perceived by body and perception, which fuses functions and forms to form physical space.

Due to the shortage of teaching space, the school applied to the education department to transform the existing basketball arena into the international department.In addition to ordinary classrooms, the school also wants to have enough multi-functional activity rooms and communication space for children's free discussion. The young head of the international department keeps talking to me about the future model of education and she wanted to create an open, equal and creative learning environment.

Space prototype
“A school is an environment made up of Spaces suitable for learning. School began with a man under a tree, who did not know he was a teacher, sharing his realization with a few, who did not know they were students” ——Louis I. Kahn

Sometimes, the meaning can only be understood by combining the actual project with Kahn's words.  I find two representative scenes of teaching in Chinese private schools: Confucius in the Song dynasty and Schoolchildren in the Ming dynasty by Lin Liang .

The two paintings depict three similarities in the spatial form of ancient education: openness, gardening and harmonious teacher-student relationship. Combined with Kahn's description of the learning space as "under a tree," the two images almost serve as an illustration of the concept. Although there are no trees, the "screen" in the Song dynasty and the "pavilion" in the Ming dynasty both play a role in defining the space, just like Kahn's "tree". They are just more concrete and more functional. This garden space, which is open to the space and integrated with the nature, makes the atmosphere relaxed and pleasant and the light and air are flowing.

The space filled with natural atmosphere is the reason why students can let their nature go and get along with strict teachers.

Create a "Flow Garden"
This kind of space prototype can be summarized by the word "garden". It is difficult to make the study space into a "garden" in the limited space of 800 square meters, and the school wants more rooms. In addition, under the contemporary education model, the classroom cannot be completely open to the outside. Therefore, we plan to create a kind of "garden like" space, and give the space timeliness and fluidity. We added "Flow" to the design to get "Flow Garden". This is similar to the method of classical garden, through the small space to see the big atmosphere.  Our design makes the space become zigzag, rich and diverse through folding space and obstacle scenery, thus obtaining interesting space with well-arranged, orderly opening and closing, light and dark changes and proper density. These Spaces will serve as multi-purpose classrooms and Shared Spaces. This kind of design has the meaning that garden changes garden quite also resembles game space. The common classroom is square and centered around the Shared space.

The "garden" is placed in the center of the stadium space to form a" garden " of the interior space by opening Windows to the sky. The classrooms are located east and west and open to the outside for natural light and ventilation. The north entrance hall opens to the playground, giving the interior "garden" a view. The skylight at the top provides light and sky for the "garden", which communicates with nature and brings vitality to the space. The sections and the turning of the plane give the space a garden-like interest. This makes the line of sight and the full flow, in line with the description of "flow ". The "flow garden" structure connects the space with the human body and perception.

The space form
Space body is endowed with two kinds of characters: one is composed and heavy. Which means the profound history of Junyi middle school; The other is light and elegant, which expresses the new teaching concept and relaxed learning atmosphere of the current era. The two characters complement each other, collide and harmonize.

The rigid weathering steel is a metaphor for the logic and directness of western education. The soft U - shaped glass embodies the poetry and moderation of eastern culture.

The exterior interface of the building is endowed with spatial depth, such as the combination of bamboo and weathering steel, U glass and open balcony. This space, whether seen from the outside or from the inside, is the last floor of the extension of the garden form as the "garden". Light and shadow move in this depth interface and record the passage of time, which endows the interior with space expansion and landscape, and creates a transparent and rich form and light color for the outdoor.

Entrance hall
The entrance hall is the northernmost reconstruction of the original basketball arena. The design makes full use of the clear height of the original pavilion space to form an upward space, and demolishes the north wall to bring the playground landscape into the interior.

"Garden" - learning space under the sky
The large step space connects the lobby on the ground floor and the activity platform on the second floor. With the sky as the cover and the stairs as the mat, the space under the "tree" provides an open and natural place for learning and communication. Its dimensional interface resembles dew is not dew and want to cover hide again. Its rules are derived from the obstacles of classical gardens, which never show the whole picture to people, which can encourage people to explore and travel constantly. In the gap of flow, the space such as corridor, hall, stair, skylight frames exterior scenery indoor.

Since the central part of the building cannot be directly lit, we adopted the lighting well through the second and third floors in the design to directly introduce the light to form a soft and natural interior effect. The interplay of light and shadow and the change of light and shade between the flow garden enrich the space experience.

End
We think the building can be divided into several levels: one is to reasonably meet the functional needs; The second is to creatively solve functional needs, that is to give functional logic and beauty; The third is to endue space with soul on the basis of the first two points, that is the spirit of space we mentioned before. At the beginning of the design, in addition to understanding the site, functions, etc., we also hope to understand the background and personality of an owner or a group of owners, as well as the personality and cultural context of the site. We hope to explore a kind of "spatial prototype" and universal truth that fits with the owner and find some internal logic so as to infuse these internal logics into our design and ensoul. Functions and forms are constructed around this spirit, so that the space spirit can be perceived until the space is finished. We call this process from intangible (feeling) to tangible (construction) to intangible (perception). 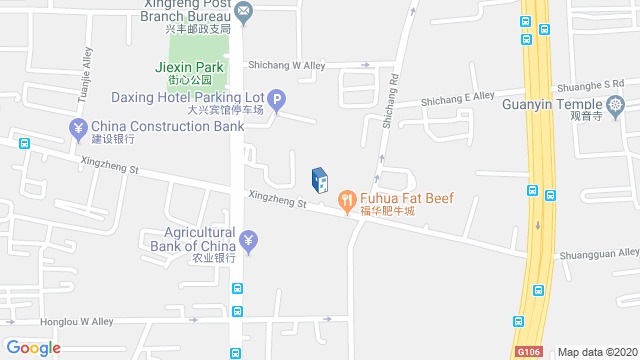 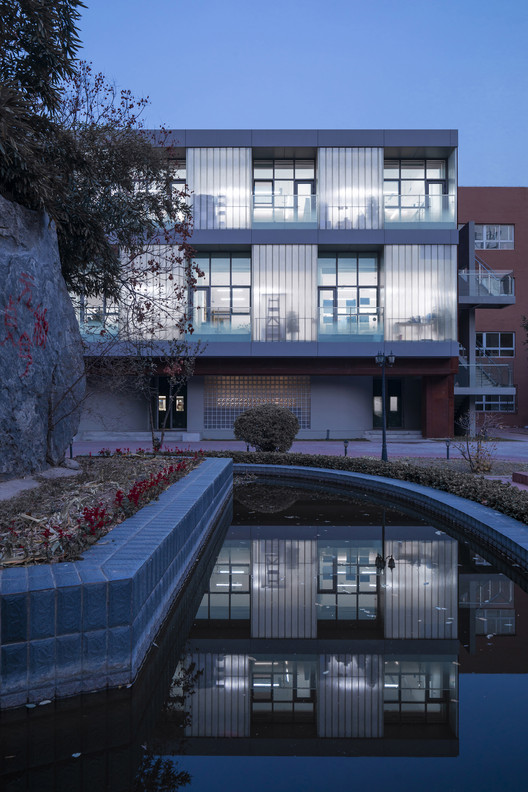 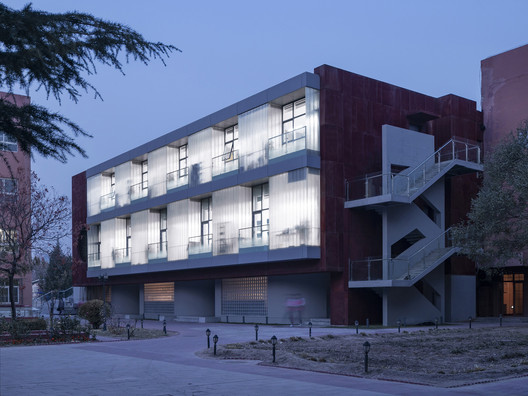