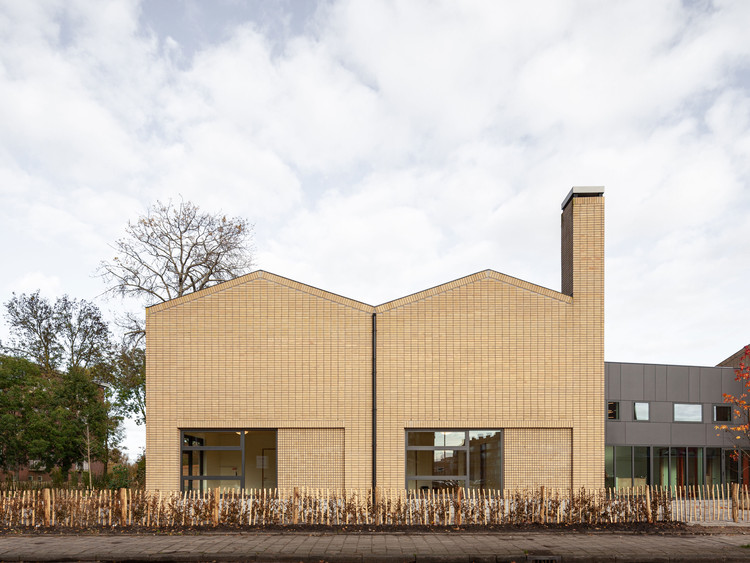 Text description provided by the architects. Veerkracht is a multi-cultural primary school in Slotermeer, Amsterdam. Safety, challenge and openness are the main themes in the educational vision of Veerkracht. This has been translated into the layout and orientation of the building. The section with classrooms is "disconnected" from the central section with the main entrance, creating a low-stimulus learning section. This part of the building is orientated to the neighbourhood, and therefore away from the busy main road in front of the building. The windows between the rooms and the corridors are positioned in such a way that working pupils are not disturbed by passers-by, but teachers have a view in the corridor.

The central part forms the entrance to the building, and is more open in character. There are visual relations between staff room, gym, auditorium, boardroom and schoolyard, so that everyone is more or less visible to each other. By opening a five meter-high folding wall, the gym can be used as an extension of the auditorium during events. Folding walls have been placed between all the class rooms, with which open areas can be created.

Veerkracht is built in the ‘Algemeen Uitbreidingsplan’, the urban development plan that Cornelis van Eesteren made in 1934, in which light, air and space are the central themes. This plan includes an angle rotation that is clearly visible in the street in front of the school. To fit the design into this context, the school building is divided into three parts: the gym, the auditorium and the classrooms. This creates an ensemble of volumes instead of one large volume, which respects the "light, air and space" in the environment. The part of the building with the gym stands in line with the western part of the Slotermeerlaan, while the part with the classrooms is aligned with the southern part. The center of the building opens to the street, creating an open and welcoming gesture. The outer parts of the building have sloping roofs, a reference to the apartment blocks in the area.

The outspoken identity of the school has been translated into a characteristic and contemporary design, which is reflected in the striking facade on the Slotermeerlaan. This façade has a large chimney, which forms a landmark in the neighbourhood and also refers to the chimney on the old building. The color of the brick and subtle ornaments in the brickwork are also references to the former school building.

Veerkracht is energy neutral and a so-called "Frisse School". A Frisse School is a school building with low energy consumption and a healthy indoor environment when it comes to air quality, temperature, comfort, light and sound. An energy-efficient, healthy and sustainable school contributes to a sustainable world.

In the design, this classification has been achieved with as many passive interventions as possible, such as smart orientation, high-quality insulation, good sun protection, lots of daylight and low-maintenance materials. The building is equipped with a heat pump and solar panels as support. 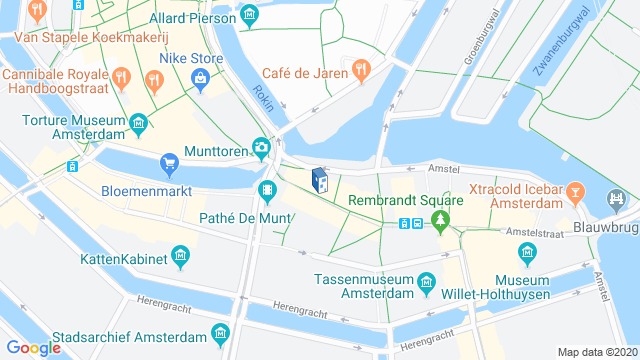 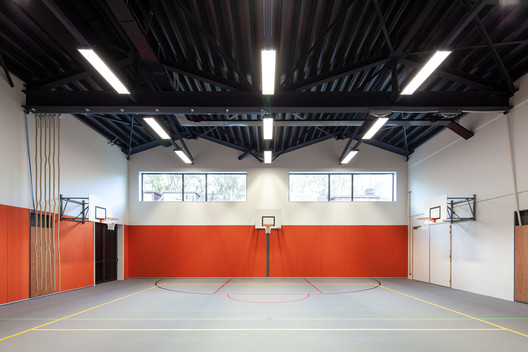