Save
3 in 1 House / Satoshi Toda Architects 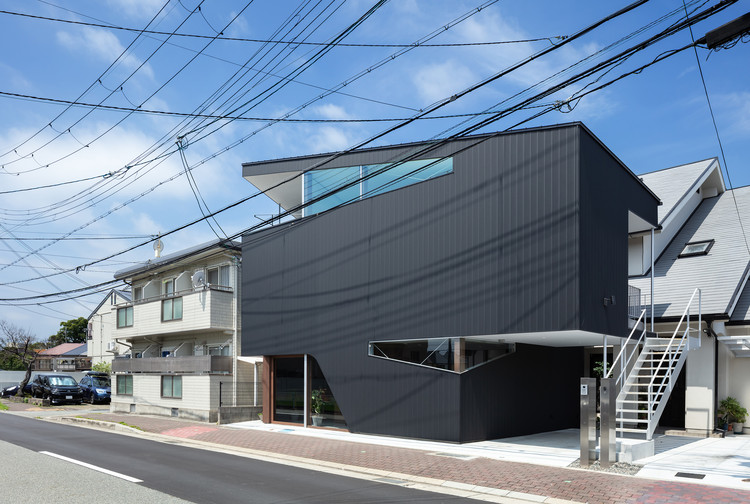 Text description provided by the architects. Housing for a couple and two miniature dachshunds. In addition to their residence, they needed a hair salon, their workplace, and a storage space for several motorcycles and their maintenance space (hobby room). Creating a “face” as a store was also one of the requests.

The site was located at a location between the urban and residential areas. The original site was too small for the request, so we rented a portion of the garden from adjacent parents' homes and re-established the boundaries as much as possible. As a result, the theme was how to plan three spaces with different characteristics on the site with the deformed L-shape.

The house is on the second floor. A light garden is set in the center of the living space to provide brightness and excursion. By arranging rooms so that the privacy gradually increases from the entrance to the bedroom, the structure is designed to be able to respond smoothly to visitors.

On the first floor, an entrance was set up at the right angle of the L-shape, with a store on one side and a hobby room on the other. The store has a large opening that allows you to look inside, and it can be used as a sliding door to allow motorcycles to enter and exit the hobby room.

In order to make the exterior look like a store, we did not provide any general shaped openings on the sidewalk. Instead, a high-side light for lighting was planned, but due to regulations, the roof shape swelled upward and the opening had a sharp angle. Therefore, by applying this shape as a motif to the opening shape of the store part, the facade surrounding the three spaces is given an overall unity. At the same time, we intended to obtain the characteristics of the store's “face”.

Through the dialogue, it was found that a clear division of the three spaces was desired. It was not the lively state expected of mixed use, but a tranquil relationship that fulfilled each purpose. Therefore, it was set up as an independent space, but I noticed that its composition was very functional. Therefore, each space was given a spatial personality, and the aim was to make the appeal of each place permanent. Specifically, the space is differentiated by using the level difference created by the requirement of the external shape and the internal space according to the regulations, and the openness created by the opening. Then, by applying a finish appropriate to the original purpose in each space, three unique spaces were included in one volume.

The landlord freely moves between the boundaries of each space, and enjoys a life of work + housing + hobby. By combining the independence of space with the convenience of being in the same place, the building potentially has multiple timelines, including the future. I think that there is one possibility as a modern urban house there. 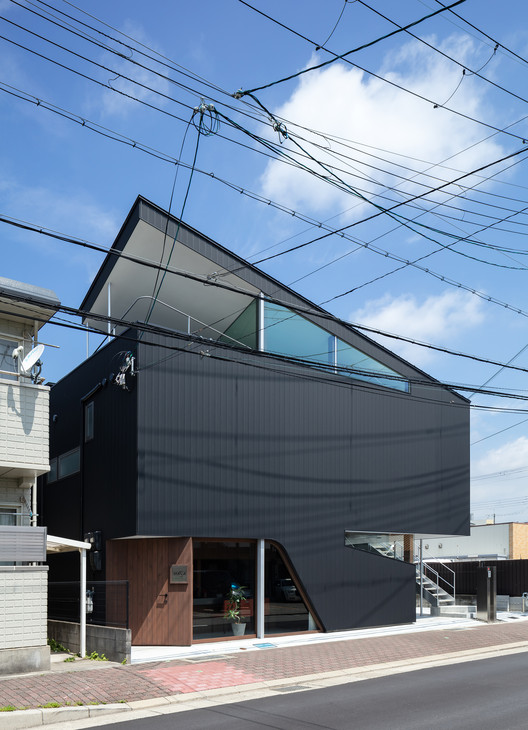 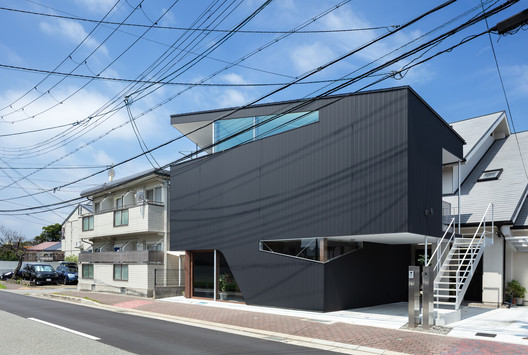