Text description provided by the architects. CEBRA designs playful façades for LEGO parking house. The five-storey parking facility is located in Billund and will serve the staff of the new LEGO Campus in the central part of the town. From the start it has been a desire from the Owner that the parking house façade design should have a relation to the LEGO brand. A LEGO City road facade “You understand the content of this building immediately”, Mikkel Frost founding CEBRA partner explains. “Moreover, it expresses the LEGO brand in its interpretation of the iconic LEGO City road plates originally designed in 1977 and still in production. We have simply “borrowed” the road plates from the children’s playroom and transformed them into façade elements by putting them on the front of our building”, Mikkel Frost explains.

This façade consists of aluminum panels upscaling the original road plates to 150x150 cm facade sections, which are perforated to achieve the visual road plate effect. The overall facade pattern of a road systems is combined out of only nine different section types. Also, the interplay between the translucent perforation pattern and opaque sections creates vivid light effects for both the interior and the exterior. Whereas the road structures cast changing light patterns on the raw concrete of the interior, the exterior reflects the variable daylight and weather conditions. Moreover, the perforations function as natural ventilation. LEGO bricks fit the façade. The math behind the perforation pattern is inspired by the system that is known as Truchet Tiling. The system consists of a combination of circles ranging from larger holes to micro perforation, but always proportioned after the dimensions and ratios of the classic LEGO brick. The smallest perforations are a 1:1 match with the building blocks so that you can attach the bricks to the building. In this way, the facade design communicates both the purpose and location of the building in a humorous and playful way.

CEBRA is a Danish architectural office founded in 2001. Based in Aarhus in Denmark and in Abu Dhabi in the UAE, CEBRA employs a multidisciplinary international staff of 50, who all share a strong passion for architecture. Most CEBRA projects are within the fields of education, culture and housing – thought, designed, and built in line with our mantra that architecture is serious fun 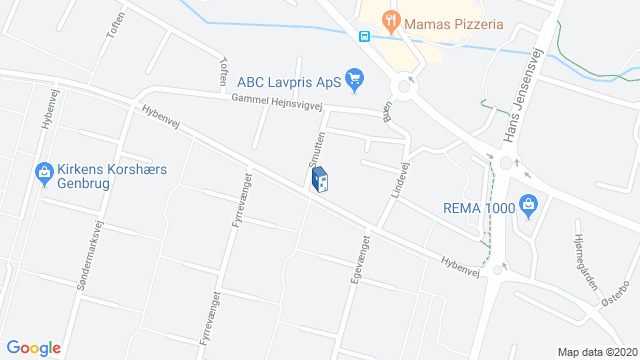