Technologies of the virtual realm present an opportunity to rethink the experience of space, society, and culture. They give us the possibility to engage with the city of the future, shaping the built environment of the 21st century.

Cities designed with integrated smart technologies and sustainable energy sources can improve the lives of all those who inhabit them. Given the impact of these technologies, we seek to investigate the connections between data, infrastructure, and the public realm.

AI (artificial intelligence) can transform the environment we live in. Cities are facing the rise of UI (urban intelligence). Micro sensors and smart handheld electronics can gather large amounts of information. Mobile sensors, referred to as “urban tech,” allow cars, buses, bicycles, and even citizens to collect information about air quality, noise pollution, and the urban infrastructure at large. For example, noise data can be captured, archived, and made accessible. In an effort to contribute toward urban noise mitigation, citizens will be able to measure urban soundscapes, and urban planners and city councils can react to the data. How will our lives change intellectually, physically, and emotionally as the “Internet of Things” migrates into urban environments? How does technology intersect with society?

Smart urban infrastructures can address issues such as environmental pollution and public health issues and can help to improve the quality of life. What if, instead of simply catering to consumer trends, we go ahead and design the future?

Today, there is greater emphasis on lifestyle as architecture indulges in idiosyncratic shape-making and aimless aesthetic effects. Twenty-first century architecture can find new purpose by adopting a coherent vision for the future, one concerned with modes of existence and innovation evolving out of the digital industrial revolution. Virtual space can function as a mediating layer between the real and the yet-to-come, between cultural identities and a truly global technological existence.

Technological evolution has defined the modern city; inevitably, digital technology will continue to transform public and private spaces. The built environment can react in real time to various data, enabling us to design responsive buildings rather than merely install static technical systems.

Today, 55% of the world’s population lives in urban areas, a proportion that is expected to increase to 70% by 2050. Projections show that urbanization, the gradual shift of the human population from rural to urban areas, could add another 2.5 billion people to urban areas by 2050, with close to 90% of this increase taking place in Asia and Africa, according to the United Nations.

The Urban (Un) Seen is addressing sustainable urbanization by measuring, visualizing, and sonifying data with a focus on global urban noise pollution. Our audiovisual installation is driven by a noise sensor network that is data-driven, community-driven, and art-driven; the goal is to maximize community participation, awareness, and sensor network scaling to enable the creation of a real-time sound map of global cities. At the core of the Urban (Un) Seen project are several noise sensors around the exhibition and throughout Shenzhen; residents will be invited to experience the city through the sonic spatial data the sensors provide.

Urban (Un) Seen enriches the perception of space by bringing in urban environmental sound that cannot be seen, touched, or smelled, even though omnipresent. The installation’s visual, sonic, and physical elements will provide a multisensory experience that can be felt, touched, and heard beyond space and time since the sonifications and visualizations will be generated by real-time data and data archived throughout the period of the exhibition.

Generative sound modules (GSM) will be built by Dr.Tae Hong Park with Citygram technology, where environmental sound characteristics captured from sound sensors around the city will be streamed to the exhibition. Dr. Park is chief architect of Citygram, cofounder of Noisy and an associate professor at New York University. His research includes composition, deep learning for sound, and cyber-physical systems. The Citygram GSMs will be embedded as part of the proposed built environment, where the sonifications generated by the Citygram GSMs will create a virtual soundscape layer reflecting the ebb and flow of the city's noise patterns. Each Citygram GSM will produce sounds independently, producing a 25-channel soundscape experience. Additionally, the Citygram sensor software will be able to run on any device that has a web browser and a microphone.

Residents and visitors can also engage with smartphones, tablets, computers, and apps outside of the exhibition. Sensors that measure noise pollution will be placed in different locations throughout the city and will provide invisible real-time noise data. This allows us to revisit the built environment through the lens of cities’ acoustic resonance patterns and their role in creating healthy urban soundscapes through acoustically informed urban design. It is not just what we can see but also what we can hear. In an effort to continue contributing to urban noise mitigation studies, residents will be able to keep measuring their urban soundscapes after the exhibition period ends.

Bettina Zerza is the founder of ZERZA, an international architecture, urban planning, and design firm dedicated to facing the challenges of today’s built environment and anticipating those of tomorrow. Maximizing the potential of emerging technologies, including smart building systems and renewable energy concepts, the practice approaches sustainability holistically to reimagine cities for a better quality of life for all those who inhabit them. Bettina Zerza received her master’s degree in architecture from the Graz University of Technology in Styria, Austria, and continued her studies at the Irwin S. Chanin School of Architecture, The Cooper Union, New York. Her work has been internationally published and exhibited in institutions such as the Museum of the City of New York; the New Museum, New York; the Austrian Museum of Applied Arts, Vienna; and the Kulturforum, Berlin. She is a member of the American Institute of Architects; The Architectural League of New York; Storefront for Art and Architecture, New York; and the Austrian Federal Chamber of Architects and Chartered Engineering Consultants. 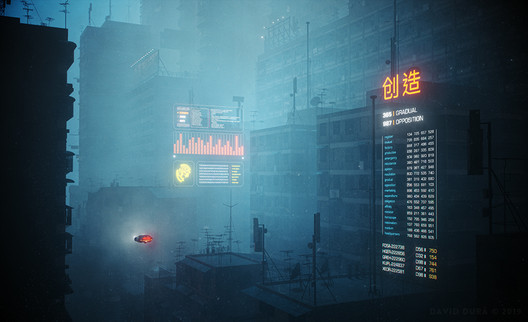