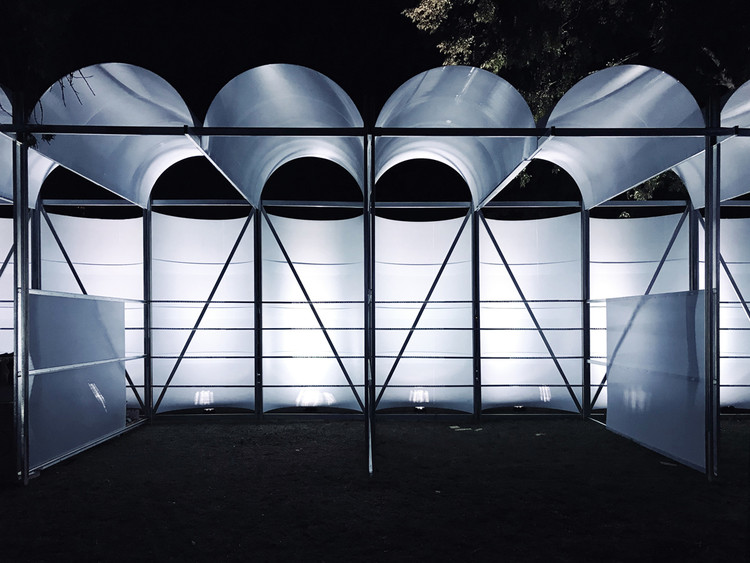 Text description provided by the architects. The project for the Green Village Pavilion at Lollapalooza Chile 2018 is a device that articulates the construction of a modulated and recognizable space with the versatility of an efficient and expressive construction system. Using a removable and incremental configuration, an opaque perimeter containing a shaded and protected interior is built. This allows the user to experience the environment.

The intervention consists of the execution of an area for the promotion of companies and institutions related to the care of the environment. This is developed in two separate areas, that are complementary in their use. The larger one is destined to stands, and the smaller one allows encounters between the participants of the exhibition. Both share the same material, but their formal configuration differs to establish spaces according to each function.

The area for stands is made up of three strips that configure a triangle, respecting the existing trees in the site, building an airtight perimeter that determines an interior courtyard populated with trees. This shared courtyard is used for transit and as a rest area, isolated from the festival, shaping the environment according to the exhibition.

On the other hand, the area of encounters, is a square plan space around a tree, which is housed in its center to build the atmosphere of that interior.

The limited time for the execution of the works and the magnitude of the intervention forced to define a constructive system that optimized the process and that could be the very expression of the pavilion. In this way, a system with only two elements is designed: light galvanized steel (METALCON) and white polycarbonate sheets (DVP) that allow reuse once the event is over. The materiality of both volumes gives a double perception of the pavilion; The structure diagrams the layout of enclosures and configures the space, the translucent enclosure captures the projected shadows of the trees on the curved surfaces during the day and during the night it transforms into an illuminated sign between the trees in the park. 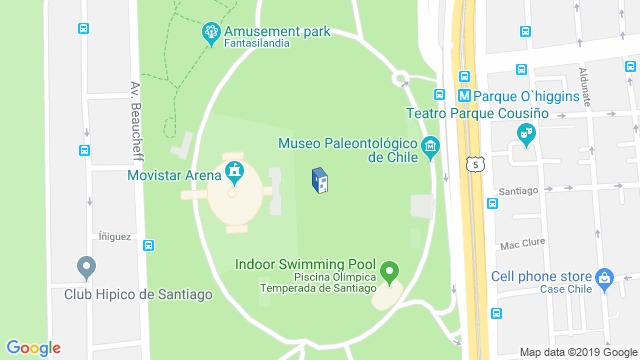 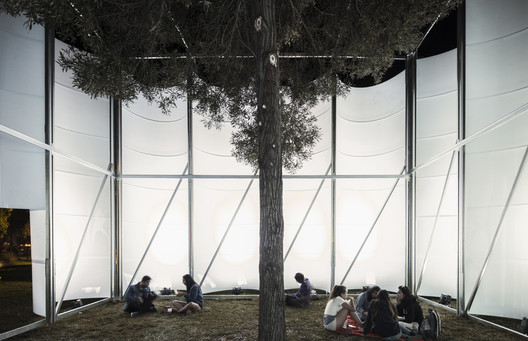 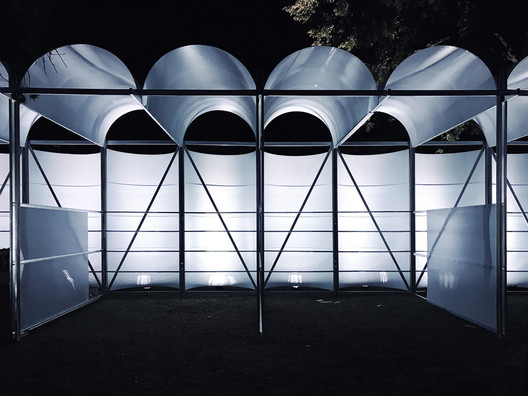