The Un-habitat or the United Nations agency for human settlements and sustainable urban development, whose primary focus is to deal with the challenges of rapid urbanization, has been developing innovative approaches in the urban design field, in order to encourage the active participation especially of children, women and underprivileged individuals.

Focused on using info and communication technology (ICT) as means to engage the community in decision making, the aim is to achieve inclusive planning by giving the public an accessible tool to translate and visualize his ideas. That is how the block by block project, started in 2012, using the popular computer game Minecraft, to allow people who are not in the creative field to redesign their cities and regenerate their public spaces. This initiative from the Un-habitat in collaboration with Mojang, the creators of the bestselling video game, encourages basically the inhabitants to play in their neighborhood, even if they had never used or seen a computer before.

Often overlooked, gender inequality in the planned environment has been on the radar of the United Nation’s 2030 Sustainable Development Goals that state the need to “provide universal access to safe, inclusive and accessible, green and public spaces, particularly for women and children, older persons and persons with disabilities”. In fact, since women experience public space differently from men, they should be involved in the planning process of these places. In both developed and developing countries, women don’t feel safe in the public realm.

UN-Habitat is addressing this issue by encouraging and facilitating the engagement of women and girls in the planning of their public spaces through the block by block initiative. Workshops are held around the world, where women are taught how to build using the easy concept of blocks of material. The outcome of this process is an inclusive design, as well as an engaged, active and empowered community.

In 2017, a workshop was held in Hanoi with fifty girls that mapped where they felt unsafe by focusing on the physical conditions, space usage, mobility, transportation and services available in the commune. Participants declared that through Minecraft, their opinions were taken into consideration, feeling more confident to share their ideas with adults.

Three months after the sharing workshop, three underpasses in our community were redecorated with pictures drawn by ourselves, the wall is no longer dirty, and the light is on after six pm every day. We feel so proud because we are a part of such change. – Participant in the Block by Block initiative.

In Delhi, the initiative helped in prioritizing street lighting to increase community safety. In the Gaza Strip, the program allowed the incorporation of women and girls’ ideas in reconstructing key public spaces that have since benefited around 100,000 people. Also in Palestine, since 2019, UN-Habitat has undertaken a city-wide public space investigation to assess women’s experiences and challenges in accessing and using public spaces. On another hand, in Sweden, a collaboration aimed to collect and map global good practices demonstrating how participatory feminist urban development can improve living conditions in society as a whole. 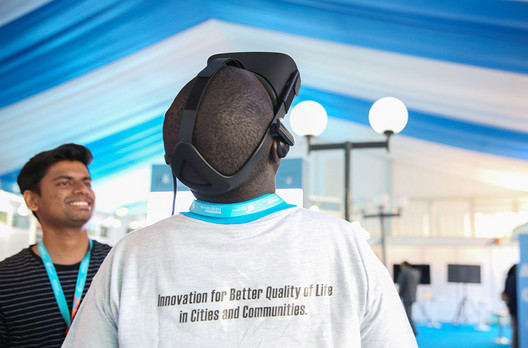