Save
A Great Carbon Reckoning Comes to Architecture
Share
Or
Copy

Practitioners have finally begun taking a more nuanced approach to the carbon emitted by new buildings. Are they too late?

I’ve started calling them come-to-carbon moments—the inner alarm bells that sound as you begin to register the devastating ecological costs of every man-made surface around you. Every sidewalk you’ve ever walked on, every building you’ve ever walked into, and every material inside those buildings, too. It’s the kind of thing you can’t un-see once you’ve started looking, the kind of knowledge that can transform a worldview, or a practice. 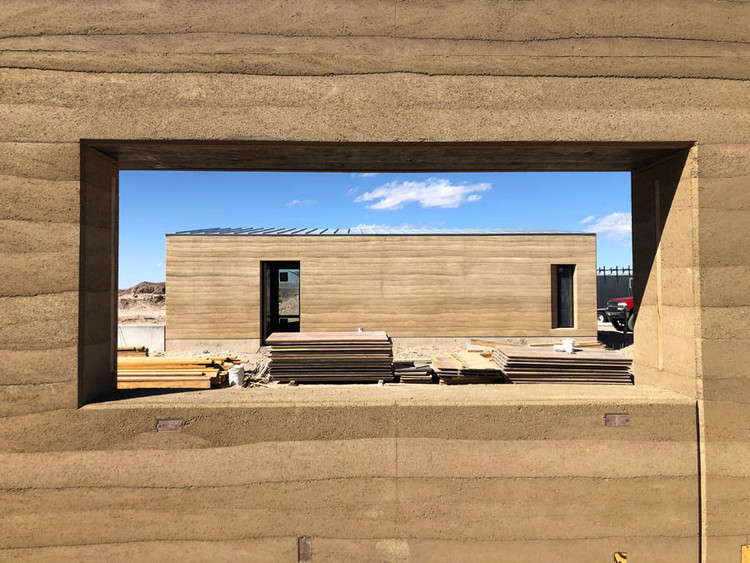 For Kate Simonen, a professor who heads up the Carbon Leadership Forum at the University of Washington, it hit her in the early 2000s while she was a young architect experimenting with alternative approaches to conventional concrete. She called up her structural engineer on an educational-building project and asked if they could swap out some of the cement in their mix for fly ash. He was game to try it in the foundation. So they did it, and then Simonen—just out of curiosity— calculated how much they’d reduced the project’s carbon footprint with that simple switch. “It was more than all my commuting choices for the rest of my life,” Simonen says. “I was like, ‘Whoa! Now, that is scale.’”

Architect Anthony Guida’s come-to-carbon moment snuck up on him more recently. He’d already devoted years of his career to working as a global educator at Architecture 2030, a nonprofit well known for setting ambitious industry goals to curb greenhouse gas emissions and support the advent of net zero energy buildings. Guida was clear on the science about carbon dioxide, the primary greenhouse gas emitted when buildings burn fossil fuels for their energy needs. But over the past few years, Guida had expanded his focus to include the carbon released in manufacturing common building materials, too. That’s called embodied carbon—all the CO2 pollution produced as you’re getting a structure (even a “green” one) up and running. One day this year, he pulled into an underground parking garage. It was a typical one, with three levels of concrete. Guida sat in his car, suddenly feeling the impact of all it represented, the metric tons of carbon dioxide now in the atmosphere from the cement production alone. “I looked around and thought, ‘Ugh, this is so bad. This is like children smoking!’” he recalls.

If you haven’t been gutted by a similar aha moment yet, the early 2020s are likely to deliver you one. Activists and policy makers have identified “dirty buildings” as major offenders in what’s increasingly being looked upon as the crime of excessive carbon emissions, and they’re not just talking about energy usage.

While journalists keep repeating the refrain that the built environment accounts for nearly 40 percent of the annual global emissions pie, the public is waking up to the ways conventional materials like concrete and steel expand that slice. Awareness of all the carbon emitted in widely accepted construction and furnishing practices (from raw material extraction to manufacturing and shipping) is growing, and the high-profile carbon shaming aimed at the fossil fuel, airline, and automotive industries could easily extend to architecture, engineering, construction, and urban planning. Each consecutive year of record temperatures, storms, wildfires, and water shortages has heightened the public’s sense of urgency about carbon’s impact, as has the Intergovernmental Panel on Climate Change’s more-than-clear message that we have less than a decade to reduce emissions by half before the planet locks into conditions too hot for many species, including us. Technology is in a rush to find ways to sequester or store carbon, and cross-industry efforts like Project Drawdown seek to find ways to reduce emissions in the first place. Building materials are on the list. The climate crisis has prioritized anyway-we-can mitigation over the design industry’s previous focus on low-utility-bill design. As KieranTimberlake principal Stephanie Carlisle put it in a recent address to industry professionals: “Climate change is not caused by energy; it’s caused [by] carbon emissions…. There is no time for business as usual.”

A common complaint among sustainability leaders in the battle to draw down embodied carbon emissions is that they’re hard to measure, certainly more so than energy usage. How do you get an accurate “global warming potential” assessment on a project, which might contain thousands of materials? As large architecture firms hired sustainability pros to wrestle with this task, they often created enormous spreadsheets tracking any material with an Environmental Product Declaration (EPD). Still, accounting for embodied carbon was generally seen as an academic or a research pursuit, something to be tallied up once the project was complete. For years, none of the sustainability standards measured the amount of emissions that preceded a building’s completion. Very few firms, in other words, acknowledged that a project’s carbon footprint “budget” was often blown before any of the lights were turned on.

That changed in 2012, when LEED introduced its new rating system (4.0) with credits for procuring low-carbon materials and compiling a Life Cycle Analysis (LCA) for projects. The new credits empowered the relatively few design pros who’d had their carbon awakenings earlier and who had been steadily experimenting with better tools to measure embodied carbon. The Athena Impact Estimator, a spreadsheet tool developed in Vancouver in 2002 and funded in part by the Canadian government, helped firms carry out LCAs and was especially effective in the early phases of a design process. In 2009, KieranTimberlake’s KT Innovations, Autodesk Sustainability Solutions, and sustainability consultancy thinkstep began developing a tool they eventually marketed as Tally. A plug-in application for architects and engineers working in Revit software, the program has allowed teams to compare the carbon footprints of various materials early in the modeling process as a standard part of the workflow.

This month, a much-anticipated procurement tool called EC3 (short for “Embodied Carbon in Construction Calculator”) is moving out of its testing phase to launch. The tool, developed by construction giant Skanska USA, the software group C-Change Labs, the Carbon Leadership Forum, and more than 30 other partners—and funded in part by Microsoft—draws on data from nearly 15,000 individual EPDs to help users quickly compare the carbon impacts of the most common building materials (focused for now on what’s available in North America). Categories include structural materials like concrete and steel, metal framing, insulation, glazing, aluminum, gypsum board, ceiling tiles, and carpet. “We don’t have much time to figure out embodied carbon, and everyone is just full speed ahead,” says Skanska’s Stacy Smedley. “We’re pushing ourselves to account for what we are responsible for, and to push the supply chain as quickly as we can.”

With the new carbon accounting tools have come serious attempts at “regenerative architecture,” which can mean many things but in this case is the idea of building something that stores more carbon than it releases overall. New language for these efforts is floating around too, like “carbon positive,” a slightly confusing industry phrase for negative overall emissions. You’ll hear “net zero carbon” and “carbon neutral” as well. But the point is the same: a dramatic reduction in both embodied and operational carbon emissions over the full life span of a project. It can be a daunting goal, admits Rives Taylor, a principal and codirector of design resilience at Gensler. “Even if you have full net zero carbon intentions, here’s where it goes sideways: the carbon emitted to make the PVs [solar panels],” says Taylor. “It’s impossible to move into a carbon positive building.” But over time and with creative material usage (and sometimes buying renewable energy credits), he says, you can get pretty close. He’s seeing firms all over the world and sustainability standards like Living Building Challenge embrace the goal. “Good design responds to parameters,” says Taylor.

Some of the actions that significantly reduce embodied carbon are so simple, it’s not even about finding the just-right accounting tool. “The best thing to do is to use common sense,” says Thomas Robinson, the founding principal of Portland, Oregon-based LEVER Architecture, a firm that has specialized in mass timber (and now mass plywood) construction. “Use what you have on hand, a material sourced regionally and coming from a sustainably managed forest.” At architecture firm Lake|Flato in San Antonio, partner Bob Harris has worked with all sorts of lower-carbon building materials, including rammed earth. “We think, ‘How can we do the most with the least? How can we be efficient and elegant with design so we’re not wasting material, construction, time, or budget?’” says Harris, noting the industry’s proclivity for upselling clients on bigger, fancier project designs. “If people stopped and looked for shared uses, right size, opportunities to combine or shrink, not just ‘more is more,’ that’s intuitive as a starting point.”

The real hero projects of embodied carbon savings are retrofits, which former AIA president Carl Elefante calls “avoided carbon.” This factor is huge because it’s the concrete and steel in a building’s skeleton (more than the envelope or interiors) that most often make up the majority of emissions. “Our number one job to get that first carbon dip is to deal with existing buildings,” says Elefante.

Another giant lever, of course, is public policy. Numerous cities around the United States and Europe have recently passed legislation that not only regulates the amount of operational carbon emissions a tall building is allowed, but publicly shames and fines a building owner for going over prescribed limits. For example, in New York City, local laws will require that letter grades (A to F) evaluating metric tons of carbon emissions from energy consumption be posted at every public entrance of skyscrapers starting in mid-2020. Chicago just passed a similar measure, Australia’s been at it for years, and the European Union is experimenting too. The cities of Oslo and Zurich are starting to push ordinances that aim to get at embodied carbon as well, according to Trude Rauken, a strategist for a young nonprofit called the Carbon Neutral Cities Alliance. Oslo’s local embodied carbon laws focus on procurement—making sure contracts for any public building projects go to vendors offering low-carbon building materials. “We know we need to decarbonize the building sector, and we know the 50 to 100 policies to make this happen,” says Rauken.

Meanwhile, carbon-minded researchers and designers are calling for a philosophical change in design culture to support drawdown actions. Materials innovator Jonas Hauptman, now a Virginia Tech professor working on the structural potential of bamboo, says designers need to be more honest about how much of our built environment ends up in landfills. (Interiors are the worst offenders, turning over every decade or so.) “Our culture has this really strange set of desires: We always want new stuff but we also want things that last forever,” he says. “This desire for permanence is utterly unreasonable.” (One example of that in the United States? Sometimes contractors put high-carbon cement into their otherwise low-carbon rammed earth mixtures to make earthen walls last.) Hauptman suggests designing with deconstruction or reuse in mind, to preserve as much of that already-spent carbon as possible while tastes inevitably change again.

KieranTimberlake’s Carlisle wants the industry’s leading practitioners and top professors to become so climate literate that they elevate the aesthetics of carbon-neutral projects, too. “There’s culturally a tendency that if you care a little too much about carbon or modeling, that somehow you’re not a designer anymore, that you’re not doing the magic,” says Carlisle. “I think we need to wholly reject that notion. We need folks who are that romantic image of ‘The Architect’ to not be flippant about climate change, and we need them to do the work.” 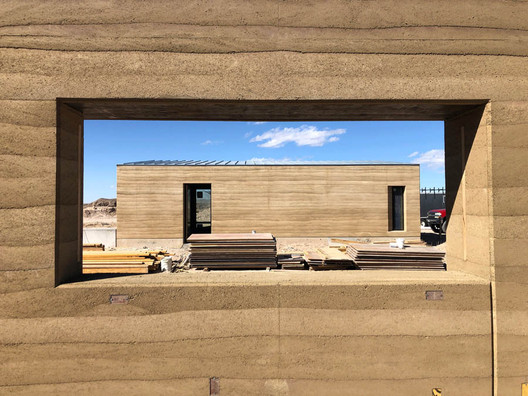