Architectural practice naturally results in an extraordinary accumulation of visuals and archival media that demand sorting, cataloguing, and organizing at a certain moment in time in order to avoid their amorphous accumulation to invade the working order of a firm. Tagging, numbering and classifying the accumulated traces of architectural creativity and data, has become a way of organizing the log of creative options and scenarios developed in practice, a directory of successful examples and of failures, all arranged to be used as a self-referential working catalogue of options that may be mobilized at any moment in time.

The last three decades have seen a very conscious effort by architectural practices to consider archives. As the computer entered the world of design practice, many architects have developed new awareness and concern about their legacy. We witness the first traces of this process unfolding in the 1990s and intensifying the “impulse” of archiving. Offices and large firms have begun investing effort in appointing PRs and archivists to organize and catalogue their archives systematically. At the same time, the emergence and proliferation of the digital, from digital photography to the development of new software, has radically altered architectural practice. The evolution of technology has also hybridized the conceptual system of the architectural archive. Old floppy disks, 3D printers, physical models of different sorts, plans, prints, sketches and correspondence have all filled the archival boxes of contemporary architectural practices presenting us with curious and dazzling mixtures. Contrary to what some theorists say, that architects are “singularly adept in erasing their past” (Lathrop 1996), the new technological condition of a city with “multiple eyes” will outline a situation in which architects will have to preciously preserve the traces of the recent past and will increasingly become more attentive to archiving. The new conditions of architectural practice will imply new technologies of archivization that will gradually become a pervasive method of regulating the production of efficiency in practice.

When archivization is at stake, it is well known that the state of the technology of communication and of archivization conditions not only the form or the structure, but also the content (Derrida 1995; Colomina 1994, 2010; Wigley 2005, 2018). Thus, we must ask: How are the technological changes in the architectural profession and the new technologies of archivization affecting architectural practice today? To what extent do they influence the design and the archivable events now, thus gradually modifying the forms of the architectural archive and the practices of archiving? How are these practices changing in the heyday of the digital era—as archiving is becoming part of a broader culture of sampling, sharing, and recombining visual data in infinite calibrations of users and receivers? The time of image-generation, of image-reproduction, and image documentation are but some of the traces of the archival multiplication of temporalities.

This new situation will require us to investigate the ways contemporary architects employ an archival logic in their current work, and the ways in which an architectural archive is produced in relation to design technologies. As the born-digital design prevails in practice, the focus here is on the challenges of digital archiving. Issues of preservation, storage, access and the record lifecycle gain currency: How to open a file? How to battle technological and file-format obsolescence? How to preserve a digital system so that it can still be read in twenty years? If we shadow digital archivists at work, we will find out that the digital object driving this practice is elusive, always moving fast and forward in time, ahead of time, ahead of everyone else involved, multiplying, and encompassing a vast number of layers: software, preservation copies, technological environments, legal implications, copyrights, access, instructions of how to read the material. Digital archivists think creatively about the lifecycle of an archival object that travels forward through time and the ways to make it relevant and eloquent in twenty years. In their work the architectural nature of the archival material matters a great deal. The typical abundance of audio-visual files, videos, audio files, photographs, text documents is fairly standard. However, CAD and BIM files with architectural drawings are unique to architecture and thus present distinct challenges. Thus, compared to physical material (models or drawings), the digital objects have a multilayered nature, travel in time and the architecture-specific media make the task of archiving the digital very demanding, yet distinctive from the work of other archivists (of prints, drawings or models).

Archiving the digital implies a radically different set of practices and thinking of archival objects. Digital archivists are simultaneously in active dialogue with designers as creators of archives, but also with computer specialists, IT and copyright experts, software companies, digital heritage institutions, and affiliated industries. The collective and multi-actorial scope of architecture reaches its peak here. In their practice digital archivists acquire a specialism which is constantly perfected and regularly updated with hundreds of experts and professionals whose expertise is mobilized in collective discussions. A problem is always solved with the help of a much wider network of collaborators and institutions relevant to the profession of digital preservation.

Digital archiving also implies a knowledge about the technological future. That is, knowing and speculating on what design will be in twenty years, and how an object will be accessed and read by users (both practitioners and researchers). To be understood in the future digital archival objects have to negotiate with the unknowns of software environments and technological change, copyright licenses, file formats, emulated environments and digital preservation copies. Digital storage and “how that all lives” is another pressing concern.

Archival techno-science is gradually changing the shape of architecture and multiplying “the eyes of the city.” As archivization produces as much as it records events, the new design technologies accelerate this process; in these conditions, the control over the flow of information in architectural practice will be operated not by a single master architect or archivist, but rather by the entire network for data generation and archival manipulation. That is how all “eyes of the city” will be further enhanced by the new technologies of archivization.

Albena Yaneva is Professor of Architectural Theory and director of the Manchester Architecture Research Group (MARG) at the Urban Institute, University of Manchester, and the Lise Meitner Visiting Chair in Architecture at the University of Lund. Her research is intrinsically transdisciplinary and crosses the boundaries of science studies, cognitive anthropology, architectural theory and political philosophy. She is the author of several books: The Making of a Building (Oxford: Peter Lang, 2009), Made by the OMA: An Ethnography of Design (Rotterdam: 010 Publishers, 2009), Mapping Controversies in Architecture (Routledge 2012) Five Ways to Make Architecture Political. An Introduction to the Politics of Design Practice (Bloomsbury 2017) and Archives: How Architecture Makes History (forthcoming, Cornell University Press). Her work has been translated into German, Italian, Spanish, French, Portuguese, Thai, Polish, Turkish and Japanese. Yaneva is the recipient of the RIBA President’s award for outstanding research (2010). 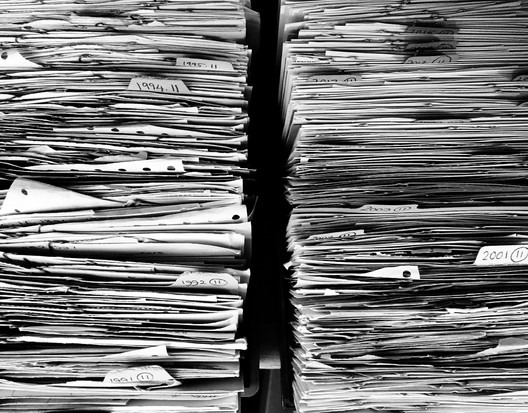