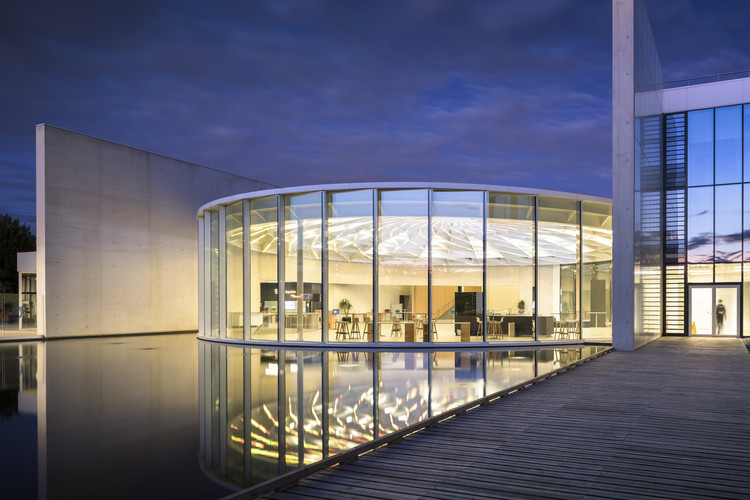 Text description provided by the architects. Together with scientists whose research serves the entire planet, architects Michel Rémon and Alexis Peyer "invented" a unique workplace. The combination of designer and researcher skills gave the PARIS INNOVATION CAMPUS the media status of a "built-world", emblematic of the Air Liquide Group know-how. The independent visual entity of the site embodies its powerful scientific aura. It projects the international reputation of the group beyond the Loges-en-Josas countryside, far beyond the scientific Paris-Saclay cluster where it is located.

With this initial approach, the client demonstrated its commitment to building energy and environmental performance. The building’s transparency expresses the gaseous fluidity of its "base material" and also reflects its willingness not to encumber the planet. The building stores, in the form of hydrogen, the energy produced from photovoltaic panels - a first in France! The Center procures its own resources from within; even the hydrogen fuel cars that circulate on site.

The landscape architect, Laure Planchais deployed biodiversity in the surrounding world-garden. She pays tribute to both great botanist explorers and the historical link between the Versailles domain and the Plateau de Saclay.

The research center includes offices located to the west, open onto the garden in the centre of the site as well as laboratories to the east, accessed from a ring road. These two distinct functions intertwine to create a " research artery" composed of meeting rooms, informal meeting spaces, and a cafeteria.

A unique place where building corridors converge, this research artery constitutes a meeting place for all building users. In summer, the depth of these ensembles and their north-south orientation provide natural nocturnal ventilation. Heat gains accumulated by the rough concrete floor slabs are stored, then released during the day. Radiant panels provide heating in winter.

The architects envisaged an architectural and landscaped entity composed of a large circular figure wherein the building is located. The flagship of the Air Liquide research and innovation group, the project represents the first phase of a global redevelopment. This large circular figure opens onto a planted centre, set back from the street to respect the residential character of its surroundings.

With a north-facing the entrance, Michel Rémon designed a heliotrope building sited strictly north-south to face the sun’s path. The building thus runs from north to south, facing the sun, between large concrete walls crossed in sequence. Daylight filters in from the respective east and west orientations to light this central axis

The reception pavilion leads visitors towards the "rotunda" hall. A transition space between the external environment and the Research Center, the rotunda is sheltered by a vast steel "gridshell" dome. Space opens to the west onto a reflecting pool and then on towards the rest of the industrial site. Access to the auditorium is from the rotunda. 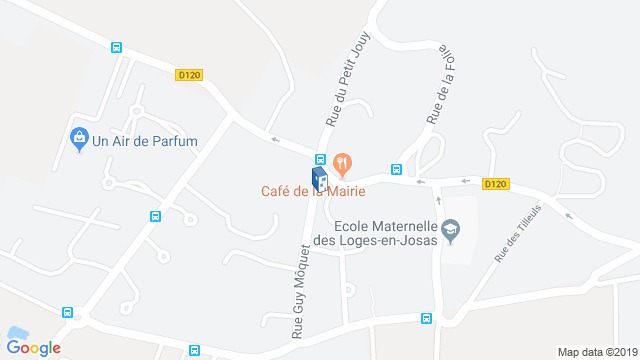 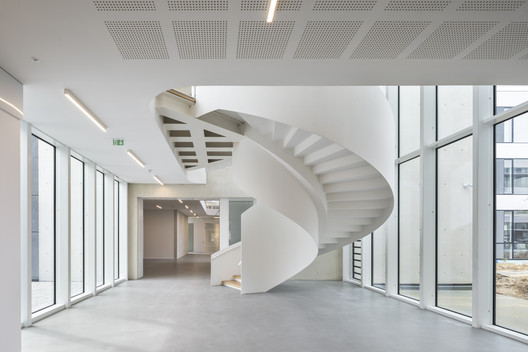 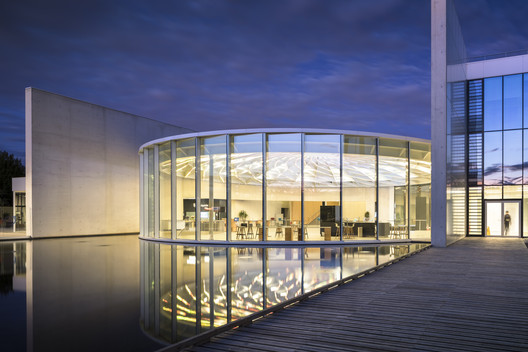