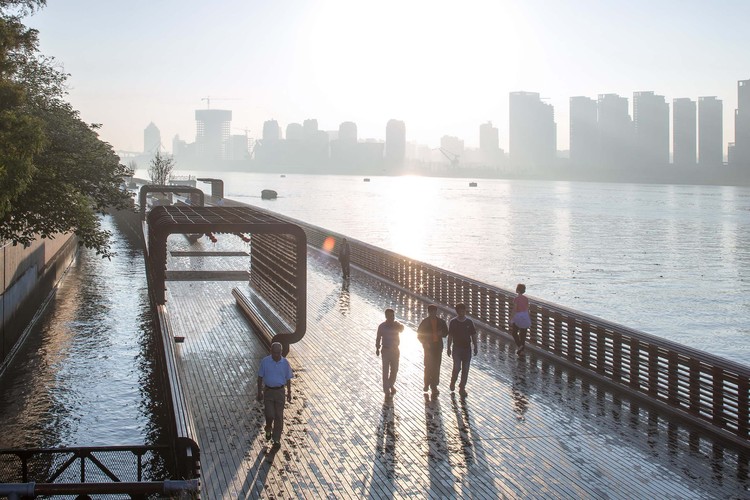 Text description provided by the architects. The Demonstration Section of Yangpu Riverside Public Space is the initialing stage for the public space development project of the area. It is highly important for it is a benchmark not only for the area, but also for the entire 45km long riverside restoration project.

For the dense factories aligning along the shore, the architect, one of the citizens living the area for many years, was never able to walk up to the Huangpu River in this region. “Can’t see the river next to you” has been a problem for the urban space for nearly a hundred years. When first getting to site after many obstacles along the way, standing on the old wharf, feeling the moorings carved by time and looking at skyscrapers of Lujiazui in the distance, we realized that this could be a dramatic transformation on the city’s urban space, and would be a great opportunity to demonstrate the city’s rich culture of industrial development.

Excavation and revitalization of existing industrial remains
We kept the structures, scratches and textures as the most genuine, vivid and sensitive reflection of the site’s history. This is the “specialization” and “materialization” of memory that we want to present in this project.

Standing on old wharfs with your back against a mooring pole, and gazing at Lujiazui CBD in the distance, you can feel the continuity of the city’s culture and the density of time.

The ecological concept of landscape design
Applying a limited intervention and low impact design strategy, we designed a restoration system of the ecological environment based on the spatial condition of the factories and the local eco system. Behind the original floodwall there was a valley area with many aquatic plant inhabiting a small water puddle. We kept the topology and inserted a ecological wetland which collects rainwater.

It collects and reserve water during heavy rain, decreasing the pressure on the drainage system, and reuse it for irrigation of the area’s vegetation through a pump-powered water circulation system. The plants for vegetation are mainly reeds and water-resistant arbor, which are commonly seen in the local eco system. The tectonics of passageways features a light steel structure that minimalizes impact to the environment during construction and in visual aspects places an interesting juxtaposition of industrial and natural landscape.

The reuse and integration of infrastructure in landscape design
The Yangshupu water plant poses a challenge but also a chance in the connection of Huangpu River waterfronts. Linkage was achieved by utilizing infrastructures and their structural parts as foundation of new constructions. Also, including the facilitating parts into landscape design offers a new and inspiring perspective for visitors and new content to landscape design and public activity. 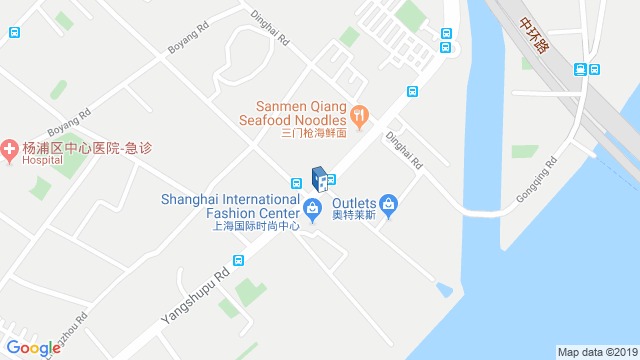 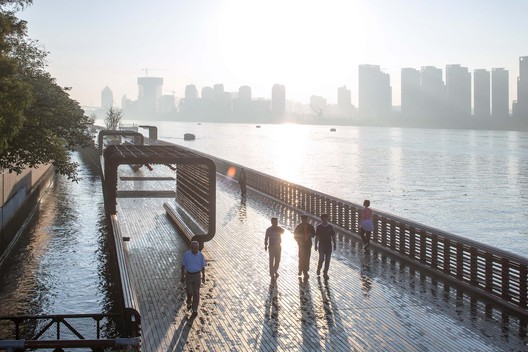