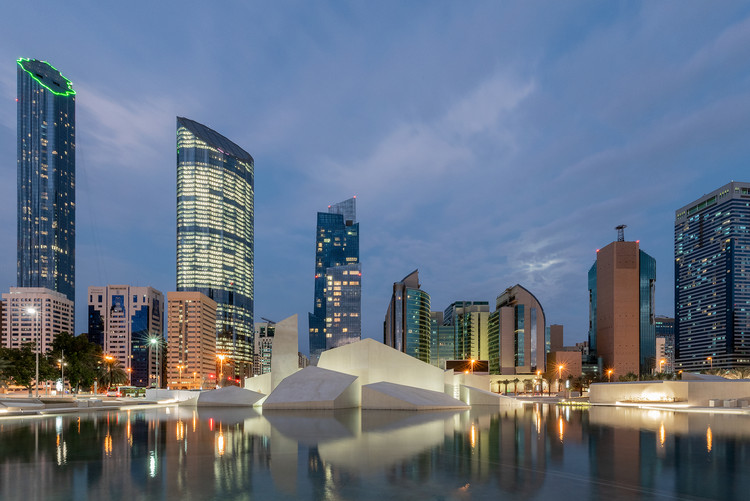 Text description provided by the architects. The Department of Culture and Tourism Abu Dhabi (DCT) and CEBRA architecture have completed the new Musallah as part of the comprehensive masterplan for the prominent site surrounding the Qasr Al Hosn Fort in central Abu Dhabi.

A historical setting. In the centre of the modern metropolis Abu Dhabi lies the city’s oldest and most important building, the Qasr Al Hosn Fort. This important culture-historical gem was originally built in the 18th century to protect Abu Dhabi’s only freshwater well and later served as a royal residence and government building. Before the urbanization of Abu Dhabi island, the fort was the first thing travellers would see arriving at the coast from the desert - a landmark rising from the sands as a magnificent sculpture, literally constituting the birthplace of the city of Abu Dhabi.

The transformation of the Qasr Al Hosn site consists of a 140.000 m2 cultural park surrounding the fort and the Cultural Foundation, a listed cultural centre from the 1980s. Together, these two buildings occupy the block representing both historic and modern heritage of Abu Dhabi.

The masterplan connects the two types of landscapes through a diverse, public urban space that is characterized by formations of cracks and irregular geometric shapes inspired by the distinctive mud crack patterns of the coastal desert landscape and salt flats surrounding Abu Dhabi. These shapes communicate the transition between the natural sand and the urban pavement and serve as “design components” for the entire site forming a strong and scalable narrative rooted in the original landscape.

The geometries intentionally land somewhere between building and landscape. Along the transitional zone, the landscape changes from horizontal planes to slanting surfaces and gradually grows into actual buildings, culminating with the Musallah. All components, from sitting bollards to building volumes, merge with the park to appear as natural landscape elements, leaving the Fort and the Cultural Foundation as the two main visual anchors.

Al Musallah. As an important element of the cultural park, the prayer hall is located at the north-eastern corner of the site as a series of small interconnected buildings that form a cave-like structure pushed halfway into a large water feature. The Musallah stands in water to create a subtle privacy barrier without using walls, which provides calm and secluded spaces for prayer without visual disturbances. At the same time, the water is used as a symbol of spiritual purification flowing around and in between the interior functions. The individual spaces are connected by glass tubes bridging over water, which symbolically purifies the mind when moving through the light-filled passages from one area to the next.

Each volume contains its own function so that the plan layout creates two mirrored flows, where female and male worshippers respectively progress along a sequence of spaces that create an immersive spiritual experience, following the ritual for prayer. Walking from the open landscape of the park along the narrow passages between the “rocks”, the noise and bustling life of the city slowly fades away and visitors enter the cave-like entrance halls, where you can rest and talk before prayers. An experience and atmosphere that refers to the Cave of Hira, where Prophet Muhammed received his first revelation. From here, one proceeds to the ablution spaces for washing and mentally preparing for prayer and finally reaches the large prayer halls. The prayer halls are orientated in the qibla direction, while a concrete relief with inscriptions appears on one of the rock volumes, visible through a window that is concealed from the outside.

The geometric shapes of the landscape and buildings are mirrored in the interior as a suspended landscape of the same mud crack pattern that functions as skylights with small circular openings punctuating the ceilings of the otherwise closed volumes. The circular holes let in daylight and are combined with suspended pendants. Together, they appear as abstract star formations that evoke associations to faith as well as to the Bedouins’ traditional star gazing for navigation. Whereas the entrance halls and ablution spaces contain concrete skylights, the insides in the prayer halls are clad with copper, which creates endless reflections of light symbolizing the cosmos and linking the ceiling detail back into the overall scheme of the project like a fractal. And, it illustrates how man has always looked up into the skies, wondering and reflecting on one’s own existence. 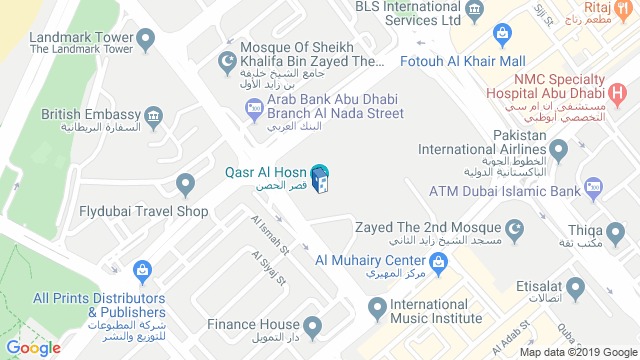 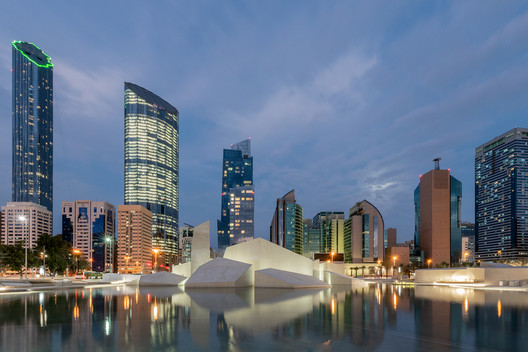