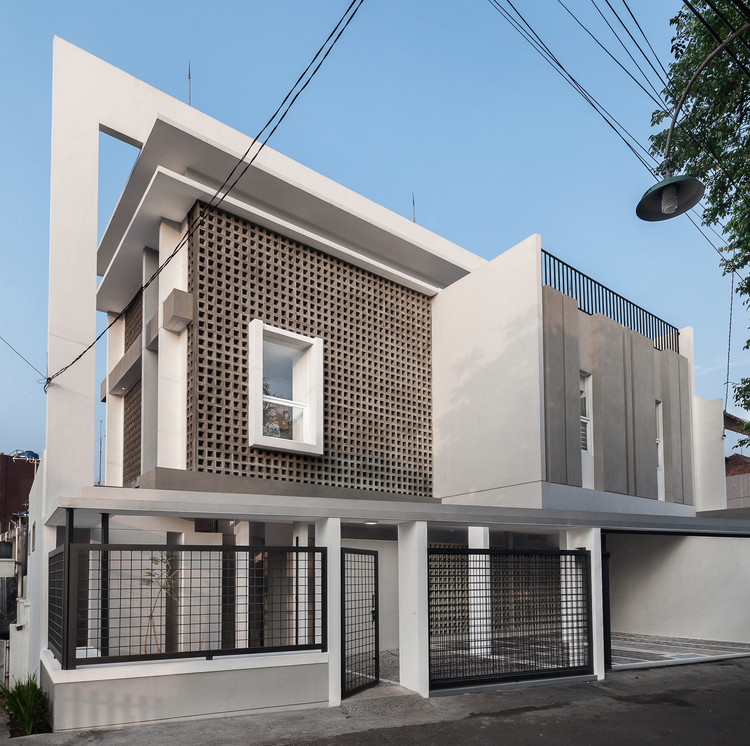 Text description provided by the architects. Located relatively close to universities, TIII-15 Boarding House was developed in a well-known boarding house district in northern Bandung. The owner & architect were agreed to not merely build a profitable temporary settlement for workers/scholars, but also to create appealing comfort for users as a result of responding to contextual strengths & weaknesses.Overall, the issues are quite similar with any current urban project: optimising limited space & providing healthy atmosphere.

Maintaining inhabitants' mental & physical in a good state were considered as the key to a desirable rental dwelling, since users who spend time living here were apart from their family and expected to reach either educational or professional achievements. The architect's executable strategies are to give each rooms enough exposure to nature and also to put decent attention to details to create spacious feels. Project’s 137sqm land, with 11m depth was considerably small for the typology. So, double loaded corridor arrangement was chosen to achieve an effective layout plan. The three storey TIII-15 Boarding House has 11 rooms with each toilets inside, a house keeper room, 43sqm parking lot, & still managed to have communal open space for gathering on its top.The placement of communal area was actually an eye trick for by-passers as surrounding building's height was mostly just two storey high.Traffic noise would be filtered by corridors for the backside rooms, while the frontside rooms have doubled wall with air-trapped gap.

Borrowing nature was definitely possible since the project's area has favorable climate. Backside was made offset so all rooms have access to daylight and breezes. Same principles are adopted in shared area. Corridors are wrapped in rosters, ended with void and openings so air will circulate well. The stairs are put side by side to rock garden and separated by porous expanding metal, extending space illusively. Rooms were designed in a way that users would not feel packed when resting or getting things done in their personal space. Compact built-in furniture was meant to accommodate users’ activity and reduce confusion in finding suitable furniture size supplied in the market, as difference in each centimeter matters a lot in a limited built area. Mirror wall and corner windows were there to create continuous visual and giving sense of extension. The modern style was client's preference and somehow matched to the idea of making spaces spacious.