Save
Facadism: When Walls Talk, and Lie

Walls cannot talk. At least, not yet. This is not to say they can’t lie. As ArchDaily recently reported, a growing urban trend is emerging where the entirety of a historic building is demolished apart from the exterior façade, and a new building constructed behind it. This procedure has a name; Facadism. While the act of building a new structure behind a historic façade may seem altruistic at best, or trivial at worst, Facadism offers an insight into the money-centric political and market forces shaping our cities. 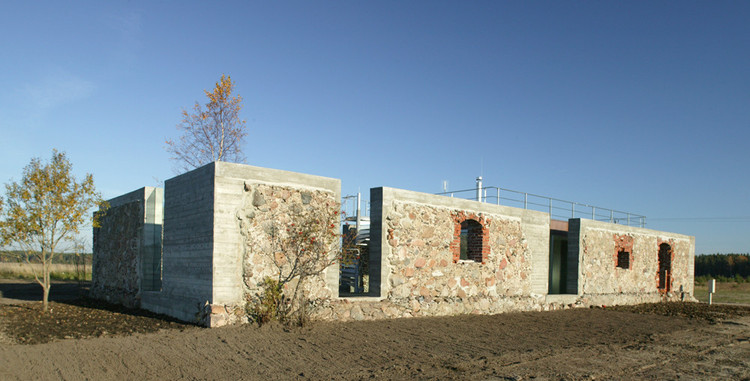 In an essay titled “The Ethics of Facadism”, the former secretary of The Georgian Group, Robert Bargery, writes “Facadism in its most commonly understood sense involves retaining the façade of a (usually historic) building that is deemed to have some architectural or other cultural value and building afresh behind it.” The most famous, yet by no means the most obvious example, is The White House in Washington DC, whose entire interior was rebuilt in 1948 behind the original 1800's façade. In 2013, the technique garnered attention when a student accommodation block in London was awarded Building Design’s Carbuncle Cup for the worst building of the year, in part due to the unsettling relationship between a retained nineteenth-century warehouse façade, and the new grey-panel-clad building supporting it.

At a passing glance, there are perceived justifications for the idea of Facadism. It may, for example, be a logical way of retaining the historic character of a street if the entirety of a historic building is beyond repair. If performed with sensitivity, it may present an alternative expression of history, with contemporary moves carefully considered to tell a story of how the original structure came to be, and how it is no longer there. It could also be excused as a way of updating structures in historic urban cores to modern accessibility, fire, and environmental standards, offering a more comfortable internal environment to a more diverse set of users. Sadly, the expectation of Facadism strays from the reality. Facadism, as seen in London and elsewhere, is a marriage of developer-led greed, and poor architectural resolution.

Facadism today is too often employed as a tactic for developers to boost profits off the back of built heritage. With the price of land in cities soaring, developers take advantage of the suppressed value of a plot occupied by a derelict historic building with a heritage listing status, limiting its demolition prospects. Ignoring notions of authenticity or adaptive reuse, the developer embarks on a long, too-often successful, battle with planning authorities and conservationists, ending with the latter taking a literal “hollow pride” in saving the façade, and morsels of character, of an existing structure. Meanwhile, the one-time inhibitor for the developer becomes the star of the show, with real estate agents and marketing teams celebrating the “echoes of history” awaiting prospective buyers and tenants.

The financial and legislative forces that lie behind Facadism, however questionable, is not the reason why Facadism is attracting negative attention. The most apparent issue with Facadism is the cheap, uninspiring, mediocre responses generated by architects who design and construct the contemporary replacement. Seemingly caught in a middle ground between creating a forward-looking structure of its time, and a backward-looking but loyal replacement of what used to be, design teams are accomplishing neither, creating what an Architectural Review article once described as “passive-aggressive structures – gross hybrids of conflicting intentions that scream “Look what you made me do!” in bitter petulant resentment.” More than anything else, this is architecture as theatre.

While such critiques are not without merit, some sympathy can be given to the design team. In architecture schools, we are taught that Form Follows Function. We are taught to design from the inside out, that a building’s exterior is an expression of its interior, and vice versa. When the symbiotic relationship between a building’s interior and exterior is compromised, and a complex transplant required, designers find themselves in unchartered territory, with confused, disorganized, “shoe-horned” results. This excuse can only go so far, however. After all, the same education that taught us to design from the inside out also taught us to lead with creativity and, no pun intended, to think outside the box.

While it is convenient to dismiss Facadism as a manifestation of 21st-century financial greed, its roots are deeper in architectural history, and more mainstream than one would think. As The Georgian Group’s Robert Bargery explains, the Georgians routinely placed greater emphasis on facades while neglecting internal structure, sometimes amending or regenerating facades to correspond to the in-vogue style of the day. Moving to the next century, we saw the 18th-century façade of Buckingham Palace refaced in a “dry early 20th-century classicism.” Even Sir Cristopher Wren’s iconic St Paul’s Cathedral contains a blatant exercise of Facadism, with the ornate flying buttresses supporting the building masked by a needless parapet wall above the aisles.

In fact, much of today’s architecture, by one interpretation, can be classed as Facadism. The heavy influence of Walter Gropius and other early Modernist pioneers, who separated facades from structures and gave birth to the curtain wall, continued the evolving separation between the interior and exterior of a building. While it is convenient to criticize the act of building an alien structure behind an established façade, one could use similar logic to argue against the placement of a generic, prefabricated façade onto a predefined internal floorplate, with little synergy or interdependency between the two.

While the issues with Facadism may dwell in its execution, rather than its conceptual existence, there is one other way to address this concerning trend. Rather than stripping historic buildings to their bare walls, and constructing an uninspiring, confused replacement, we could retain more, and not less, of the existing structure. These old buildings, which we have already deemed to hold cultural or architectural value, are not skin deep. Their stories, histories, and architectural delights are not left at the door, nor is their potential to continue to contribute to modern urban life. Sadly, the current trends of Facadism demonstrate that cities, and those funding their expansion, place profit above people.

After all, while walls cannot talk, money sure can.