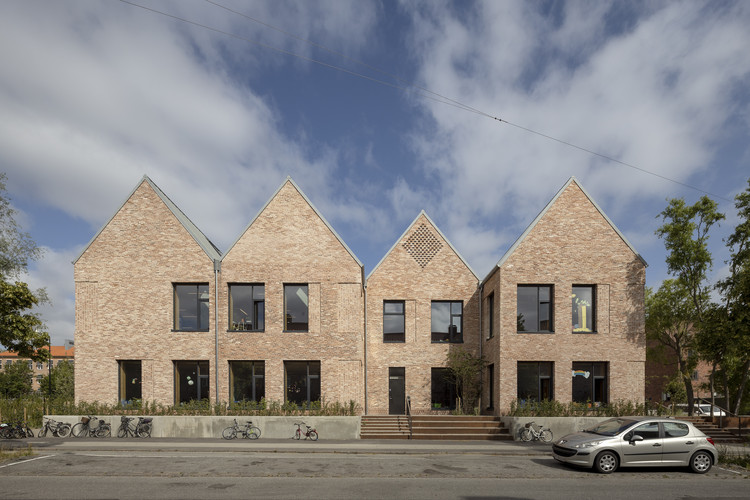 Text description provided by the architects. The almost 100 years old Grøndalsvængets School has undergone a comprehensive transformation. With respect to original qualities the existing main building from 1929 has been completely renovated and refurbished to support today's demands for differentiated learning spaces and healthy indoor climate.

Furthermore, the school has been extended with two new buildings for teaching, sports and music - designed with strong reference to the identity of the surrounding neighborhood.

COHESION
The transformation supports the unique identity of the neighborhood and strengthens the cohesion between the school and the city and between students and neighbors. The two new buildings reinterpret the pitched roofs and gables of the area. Two stories high, build with recycled bricks and placed in the outer corners of the plot, the school is an integrated part of the neighborhood.

Originally, the school was hidden away behind a tall hedge, that separated the school from the city. With the project the school is now open to the neighborhood, and the area is made accessible to the public. The school, which previously appeared excluding and closed, has been turned into an integrated part of the city - a new urban space for everyone in the neighborhood.

DIFFERENTIATED LEARNING SPACES
To support the large age span of the pupils and the different user needs, the vision for Grøndalsvængets School has been to create many schools in one school. The two new buildings and the existing main building create a campus structure. Within this framework, it has been possible to create differentiated environments, and thus different opportunities to support learning and daily use for both individuals as well as smaller and large groups.

SUSTAINABILITY
The transformation of Grøndalsvængets School has a broad focus on sustainability. The two new buildings are built with recycled bricks from a nearby hospital and Cradle-to-Cradle certified mortar. This ensures that the bricks from the new buildings can be reused again in the future and become part of a long-term circular economy. Also, by reusing and transforming the existing building, which is of very high quality, the carbon footprint of the project is minimized

The old school building becomes new and the new school buildings carry on an old story from the beginning. New and old meet each other in respect and create a school that is cohesive and interlinked with the surrounding neighborhood. 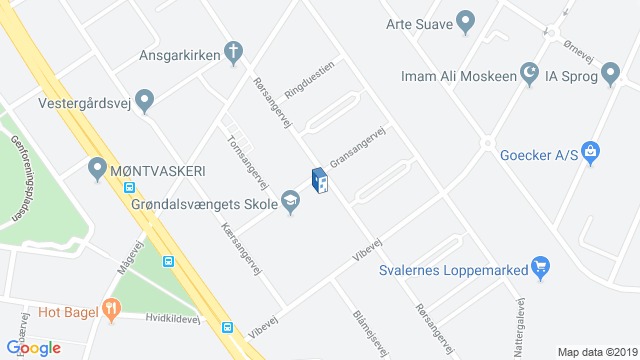 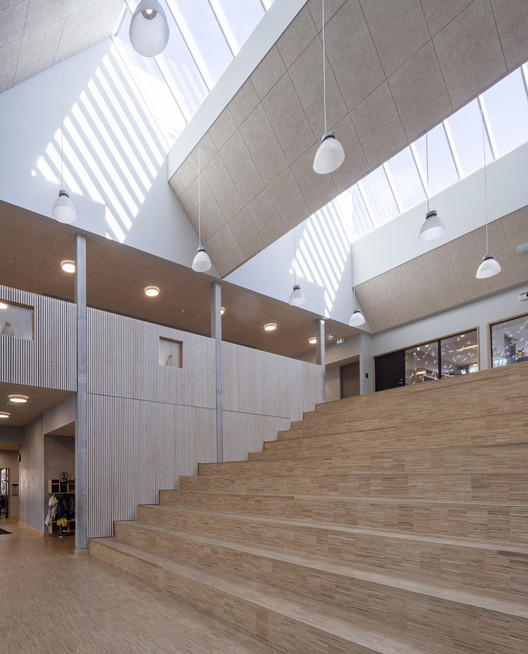 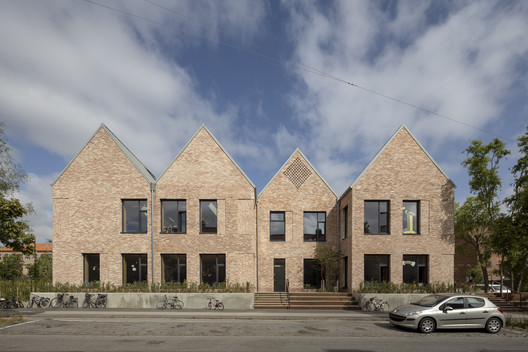