Opening in December in Shenzhen, China, the Bi-City Biennale of Urbanism and Architecture (UABB), organized by the cities of Shenzhen and Hong Kong, will discuss the theme of “Urban Interactions”. First to use Facial Recognition and Artificial Intelligence, the public exhibition will test new grounds to reflect on the impact of digital technologies on the urban environment. 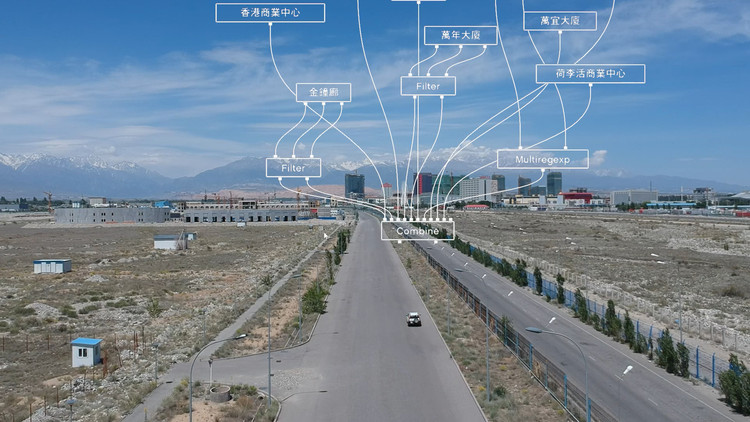 Exclusively set around urbanism and urbanization, the 8th edition of UABB comprises of two main sections, dedicated to this year’s problematic. The Biennale's "Eyes of the City" section curated by MIT professor Carlo Ratti, with the academic collaboration of Politecnico di Torino and SCUT explores “the new urban condition of cities that can see”. The other main section, called “Ascending Cities”, is curated by the leading Chinese academician Meng Jianmin and the Italian art critic Fabio Cavallucci.

We called upon all those practitioners who deal with cities – architects and urban planners but also economists and philosophers – to understand the impact of new technologies on our urban future, […] The ‘Eyes of the City’ exhibition presents a new way to look at ourselves. We are very grateful to UABB for giving us the opportunity to explore such themes with honesty and transparency at such a critical moment. -- Michele Bonino, professor from Politecnico di Torino.

Inspired by Jane Jacobs’ “eyes on the street”, highlighting the major importance of people in the urban realm, the "Eyes of the City" open call gathered 280 applicants from around the globe. Questioning the consequences of having a sensors-imbued city that “sees”, the exhibition will be located in the newly inaugurated Futian high-speed railway station in Shenzhen.

As digital technology increasingly permeates our cities, railway stations are one of the public spaces that are likely to experience the strongest shift. […] For a long time, stations have been places where one could experience urban anonymity at its highest form. Already today, they are becoming examples of a built environment that is able to recognize and respond to us in real-time. In stations as well as in airports, we can already observe what an “Eyes of the City” scenario might look like and start a critical reflection about it. -- Carlo Ratti, director of the Senseable City Lab at the Massachusetts Institute of Technology and chief curator of UABB.

Completely fabricated on-site, it features original works from more than 60 acclaimed international exhibitors, like the series of upside-down telescopes that invite the spectator to “Look Back” at technology, by leading Chinese architect Yung Ho Chang. Moreover, Facial Recognition and Artificial Intelligence are at the core of this year’s intervention. In fact, MVRDV designed two info points where “visitors will be facially scanned upon accessing the exhibition” if they wish so. Other names involved in the exhibition include Baukuh, Dominique Perrault Arquitecture, Future Firm, Jeanne Gang, Thomas Heatherwick, Liu Jian, Terreform ONE, XKool, Long Ying, J. Meejin Yoon, Liam Young, Philip F. Yuan.

At a time when urban technology and facial recognition are prompting polarization and conflict – from Hong Kong to San Francisco – our exhibition wants to provide a critical reflection. -- Carlo Ratti, director of the Senseable City Lab at the Massachusetts Institute of Technology and chief curator of UABB. 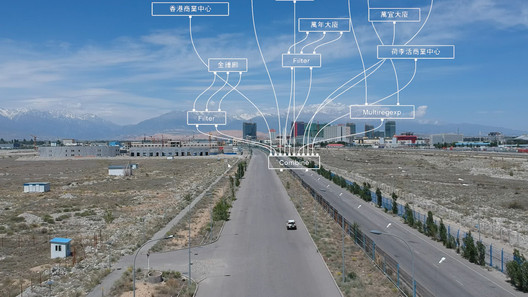