Save
Media Architecture: New Interactions in the City / Alice Britton for the Shenzhen Biennale (UABB) 2019
Share
Or
Copy

Media Architecture is a merging of new technologies and the built form in order to explore narrative and to imbue character, to engage people and create new dialogues through a layer of meaningful experience.

It isn’t a new concept - telling a story about a building through its form, particularly the facade of a building, has been around throughout history;- just think of York Minster’s stained glass windows, St Mark’s Basilica in Venice, and the Meenakshi Temple in Tamil Nadu.  What is exciting now is the opportunities brought about by technology to create new narratives and new forms of human interaction.

Eyes of the City: Carlo Ratti, Politecnico di Torino and SCUT on Their Curatorial Theme of Shenzhen Biennale 2019

Everyday experiences of the city are increasingly being mapped through memorable, sensory moments as visual media all around us is consumed not only through small personal devices but on an all encompassing scale in the urban fabric.

From Transport Hubs to Shops, Museums to Art Galleries, everything from digital media to immersive interactive visuals is prevalent. We are deep in an evolving landscape of the experiential - from Instagram tourism to immersive retail experiences - a media layer is seemingly permeating all aspects of our lives.

Cutting through the noise of advertising and marketing, there is a place for technology and the built form to be closely integrated bringing about new meaningful interactions between users and space. Buildings or places with built-in technology such as sensors can create, harvest or translate data to produce creative output within physical interventions, anything from still and moving imagery to sound and text.

In the case of the Weill Cornell Institute’s new medical research centre in Manhattan, a large wall on the ground floor created of 2300 mini screens on a grid each one set behind a circular acrylic disc becomes a wall of messages and imagery created from the research centre’s database. Algorithms pipe data from their database, animates it and broadcasts it onto the screens in different configurations - the story is constantly shifting and growing alongside the research of the institute. A new expressive digital layer embedded within the physical fabric of the building, it attracts debate from a new community, those beyond the science industry. People are intrigued and invited to understand a world which is traditionally impenetrable. It’s not just a feed of information, it’s a powerful outward expression of the work and values of the research institute and an invitation to participate.

Humans are social beings - anything that can enhance and facilitate community by bringing people together physically, not just through personal devices are important aspects of our future cities. We are suffering from smartphone fatigue as people look for more social ways to interact. People want to come together and share experiences - media architecture creates engaging, and as of yet, vastly untapped opportunities for this.

One Shenzen Bay by KPF projects real-time data from a weather station situated on the roof. It  measures things like air quality and wind direction. It then interprets it visually on the skyscraper as media art, aiming to provoke attention and encourage debate about the natural environment. Aeolian Tower by Jason Bruges was a 5m steel structure erected next to Waterloo Bridge covered with 1200 tiny wind-powered LEDs, each one made of a plastic turbine. As wind blew over the tower, swirling patterns of light revealed the strength and direction of the breeze, demonstrating visually how much energy is freely available but is not being used. In the M+ Museum by Herzog and De Meuron, due for completion in 2020, the museum’s concept is to make visible as much of their collection as possible - broadcast across the facades of the building, visible from afar, which will consequently make M+ a site of constant renewal, rather than being locked into a predefined form. It aims to become a public forum, a platform for exchange and the convergence of people and art.

These are not just digital art installations, billboards stuck on the sides of buildings, or interactive light displays; these hyper textures add layers of new meaning and social value to the built environment. As architecture becomes the creation of technology platforms for content, which theoretically anyone can contribute to, architects must consider their role and the impact and opportunity for the future of city design.

Since co-founding Squint/Opera in 2002, Alice has directed and produced a wide range of large-scale film and digital projects for architects, cultural institutions and other key stakeholders shaping cities across the globe. Working at the intersection of creativity and technology, Alice plays a key role in articulating Squint's creative vision in exploring how digital media will change the future of the built environment.

Squint/Opera is a creative digital studio with the mission? t make better places and to inspire and expand the ways in which people imagine and interact with the physical world. Specialising in the architectural and cultural sectors, Squint introduce teams to the power of technology and work to integrate and develop digital content and products into projects and businesses. With recent work including the new observatory experience at the Empire State Building, Squint help businesses navigate the digital possibilities, find the right message, and tell their stories in a beautiful and compelling way. 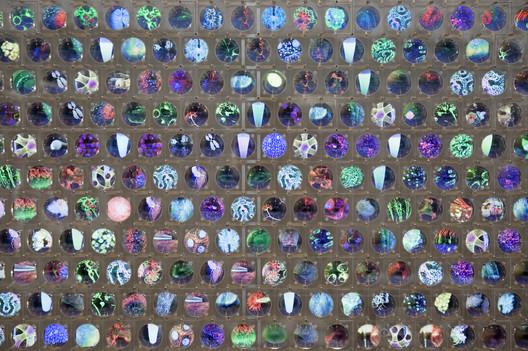