While people are not very familiar with their cultural legacy, they often miss to see the value of these buildings dating back to the last century. Mroue photographed these concrete structures and imagined them standing tall, alone, without their crowded context, in order to underline the purity of their form, their truth, and their philosophical approach. Built between 63 and 97, this selection showcases buildings, in the greater Beirut perimeter, that can be directly associated with the architectural movement and others that join in philosophy rather than in style.

Read on to check some of the overlooked, under the radar, concrete treasures of the capital, shedding light on a piece of heritage that needs to be saved and preserved.

Beirut, the city of all the contrasts, displays a skyline of bullet-riddled buildings, French colonial, and ottoman structures as well as post-war luxurious redevelopment projects. Amongst this mix of constructions, and confusion of identity, monolithic concrete buildings pop every now and then, as a reminder of a once cultural awakening and prosperous era. In fact, it was in the 1960s that Brutalism was first introduced to the country, relatively later than its emergence on the international scene.

Inspired largely by the works of Le Corbusier and the Brazilian movement, led by Lebanese pioneers in the exposed concrete style, such as Joseph Philippe Karam, Khalil Khoury, Georges Khoury, Antoine Romanos, and Gregoire Serof to name a few, brutalism presented to the world a new vision of an advanced and modern Lebanon, where architects expressed themselves in an unprecedented way.

Although a small amount of these modern treasures became well known in the capital in these past years, a larger bunch are still overseen. The “famous” buildings include “the egg”, in downtown Beirut, designed by Philippe Karam in 1965, a cinema that never fulfilled its purpose, because of the detonation of the civil war. Lesser renowned modern buildings comprise of famed governmental institutions like the Banque du Liban (BDL), or the Central Bank in Hamra created by Addord and Julliard, between 62 and 64, after “only 13 months of study and execution”. In addition, this list also features the Headquarters of the Electricité du Liban (EDL) in Mar Mikhael designed by Pierre Neema, and the Interdesign spaceship-like showroom in Hamra, imagined by Khalil Khoury and his brother Georges Khoury, and built between 75 and 97, due to war-related disruptions. Other edifices, also part of the series of images are residential buildings and offices. 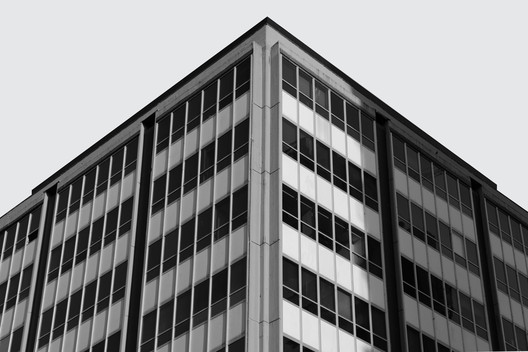