The Second Hebei International Urban Planning and Design Competition – Xingdong New Area Urban Design International Master Competition organized by Urban Environment Design (UED) Magazine has announced its list of winners for this year's edition, with “City of the Future” as its theme. 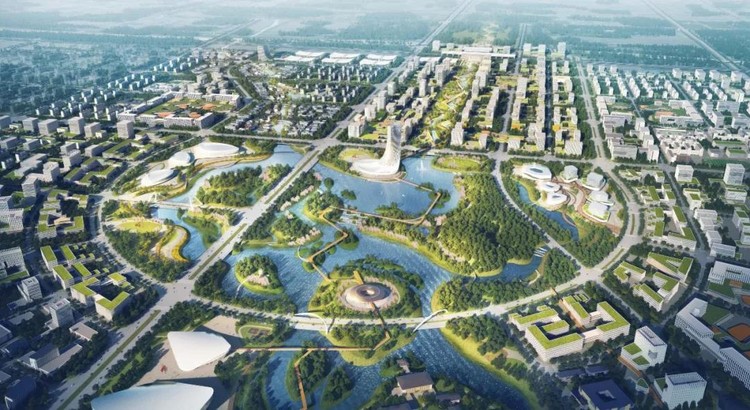 The Chinese city of Xingtai is an important focal point between the Beijing, Tianjin, and Hebei. With the new developments in the Xingdong New District, it was important to explore and integrate its spatial and industrial advantages, and to construct an international platform for foreign developments and businesses. The competition was based on Xingtai City’s existing development conditions, combined with recent strategies, and futuristic visions.

Frist Prize: Cui Kai Team
Project: How to activate a new area by planning and design? Infrastructure-led development as one of the approaches.

Cui Kai Team proposed a regional "high-speed rail economy" as the driving energy of Xingdong’s “City of the Future”, based on its adjacency to the high-speed rail. The winning proposal is efficient, manageable, and could be executed within a short period of time. The firm integrated architecture with the landscapes and station, combining the city into a "cluster-oriented" spatial form. The implementation of “circulative services” placed the Xingtai East Station at the heart of the city, strategically combining trade, exhibitions, conferences, hotels, and residential infrastructures. The city was also placed in line with the regional planning of the “Jingbaoshi Development Axis”, creating a new drive for Xingdong’s economical development.

Second Prize (1): Yang Baojun Team
Project: How the city live with the environment? “Reverse” the thinking and nature as home.

The proposal of “Breeze City” by Yang Baojun Team was selected as one of two second prizes in the competition. The proposal was sustainable oriented, future oriented, and flexible in terms of development. The design focused on three “wind” corridors, introducing a new “breeze” into the new district. The proposal created its own garden, serving as backdrop for the Niuwei River. The water systems reaches west, linking Xingtai to Niu City, the Horticulture Expo, Central Ecological Park along with Xingdong High-speed rail. Workshops, art forums, gardening areas were implemented along the river, building an "ecological-artistic community".

Second Prize (2): UNStudio
Project: Which is the path towards future? "Blue-Green" for thriving.

UNStudio’s “Green Capital, Blue City” proposal re-imagines the concept of a “future city” by defining an economic boost that focuses on the physical, mental and social health of the city's residents. The studio proposed an interwoven “blue-green eco-engine" that cohabits humans, plants, and animals in a safe and clean environment. Their sustainable implementation was that of  landscaping, water, architecture, and infrastructure.

With the development of the times, the requirements for cities have long been different. From the "low cost, rapidization" to the "re-innovation, quality" profound changes, the new era requires high-quality development in many aspects, emphasizing humanism, livability, characteristics, and ecology. Nowadays, China is in the process of informationization, intelligence, ecology and humanism. The cities in change are no longer rigidly attached to the traditional spatial form. Cities need more to return to people's needs, improve urban experience, improve city quality, and better promote future urban development. - UED Magazine

Other notable proposals include:

Thom Mayne's studio proposed the concept of “Xingdong New Area, City of a Hundred Parks”, a penetration of natural landscapes, connecting different communities and urban fabrics, as well as promoting a sustainable and well-balanced development.

Zaha Hadid Architects' proposed a new urban design model that places its focus on urbanization growth, economic and cultural evolution and changes in the built environment, yet reflects on traditional urban planning.

He Jingtang proposed a planning concept based on the theme of“spreading culture, making future out of city”.His design is based on four characteristics, which are “Stargazing, watering, building, and gardening”.This is a plan that brings in harmony with nature and high quality of life. 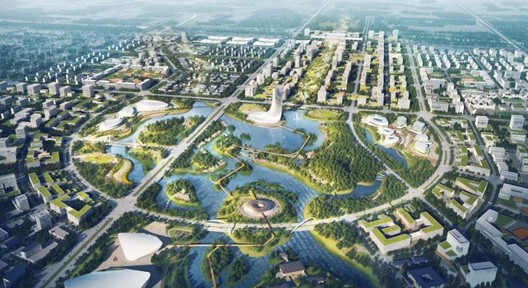